Ramaphosa’s choice: Lead or be led 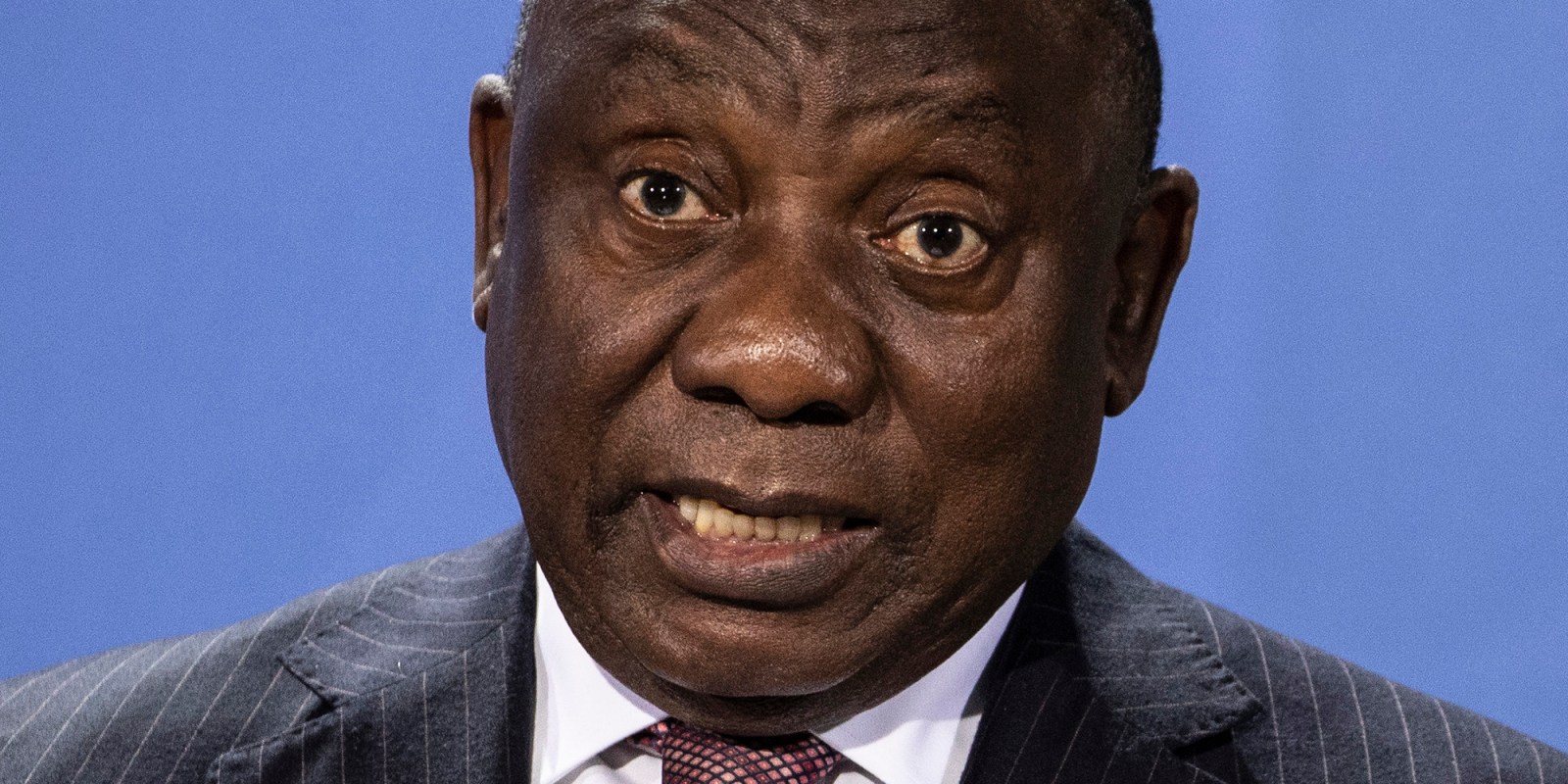 The only road to reform is to break the political logjam and realign South African politics around service to the voters. This process, although painfully slow and uncertain, is actually well under way. Exercising leadership does not just consume political capital, but also in itself creates fresh leverage.

Since Cyril Ramaphosa assumed the presidency, South Africa has been awaiting the arrival, deus ex machina, of a social compact between government, labour and business to unlock economic reform and finally create the growth and jobs desperately needed to reverse course.

But is such a social compact possible? And is it the right solution to unlocking economic reform?

First, one needs to consider who is sitting around the table at such a discussion. It should be remembered that the president, Finance Minister Enoch Godongwana, Trade, Industry and Competition Minister Ebrahim Patel and the Minerals and Energy Minister Gwede Mantashe have something in common — they are all former secretaries-general of Cosatu trade unions.

While there are no doubt shades of difference on policy between, say, Godongwana and Patel, the government bench is hardly a hotbed of economic reform.

The trade unions are dead set against anything that does not measure up to their now jaded left-wing socialism. The crushingly obvious need for government to offload some of its failing SOEs to private operators and the transition from coal to renewables will likely have to be done without their active consent and in spite of them running policy interference. As the president and ministers in the government’s economic cluster come from the union tradition and are fighting factional battles with the RET faction, they remain unwilling to lose allies to the left.

Business finds itself isolated and bereft of influence as this political Kabuki dance of the fractured liberation movement plays itself out in an ill-fitting but still constraining ideological kimono.

The belief that bold and decisive reforms will emerge from a keen exchange of ideas among social partners is a delusion. Even if such a plan were to emerge, it would still have to make its way through the factional threshing machine that is Luthuli House and then find an executive willing — never mind able — to implement it. A tall, nay, impossible order.

The only road to reform is to break the political logjam and realign South African politics around service to the voters. This process, although painfully slow and uncertain, is actually well under way.

The ANC needs to reach the realisation that there are electoral consequences for its failure to lead. Those who cynically doubt the power of voting need only look at the 2016 local government election in which the ANC lost several major metros and saw its support plummet in response to President Jacob Zuma’s corrupt and captured state.

The party, for almost a decade a feckless and fawning defender of Zuma’s serial inadequacies, saw with horror the prospect of electoral defeat in the next national election and the disappearance of the many benefits of office. The spine, gathering dust in the Luthuli House basement, was found and painfully reinserted into its shapeless politics. By December 2017, Zuma’s faction was out, and the party had swivelled into anti-corruption gear.

The Zondo Commission was established, the prosecuting authority’s leadership replaced, and hardly a day went by without condemnation of one or another dubious legacy of the now puzzled and offended Zuma.

Leadership was shown and, although the wheels of removing the corruption scourge have ground slowly, they have at least ground.

It is not a great leap of logic to see that the only thing that will shift the South African government into finally stopping the economic slide and fixing the economy is a similar threat to its power which either results in a new governing coalition or a suddenly reform-minded ANC.

Such a moment is arriving sooner than the complacent ANC leadership would like to admit and may show itself in a stay-away or protest vote in the local government election. The party has essentially admitted that it has failed to govern at the local level by using Ramaphosa’s image and appeal to get votes. Not many will be fooled.

The next national election is likely to see a continuation of this trend with the opposition — which has its own problems — likely to have begun the process of consolidation around a centre-based front of some kind to save the country from ruin. To achieve this, however, the opposition needs to reach the critical mass needed to have a gravitational effect on our politics.

There is, of course, another, simpler solution to the ANC’s problems.

Ramaphosa could decide that he will finally lead the party, by the nose if necessary, into adopting growth and job-generating reforms, whatever the political consequences. He might find himself alienated from some in his party, but he will in the process take many of the progressive leadership with him. Such reform processes are not about pleasing constituencies, they are about realignment and a fresh start. Exercising leadership does not just consume political capital, but also in itself creates fresh leverage.

Such a pivot to reform would have to identify the low-hanging fruit — and there is plenty of it even if some of it has begun to spoil — and getting on with changing the way things are done with the emphasis on “done”.

Opening the labour market to youth participation on a large scale by deregulating it might not please the unions, but it will finally send a signal to the excluded youth that they are on the agenda and that the much-promised “better life” is more than rhetoric.

Selling off moribund SOEs and bringing private partners in to generate efficiency and reduce dependence on state bailouts will raise capital — and free up the dead capital of bailouts — to enable the much-talked-about infrastructure programme.

Pivoting decisively to renewable energy will enable Eskom to release itself from the burden of keeping the old, expensive, high-maintenance parts of its coal fleet running, improving its balance sheet and enabling it to capitalise a future of sustainable energy.

If Ramaphosa misses this leadership moment, he will continue to wade through the treacle of factionalism until the party finally engulfs him — or ejects him. Neither of these outcomes will cause him to be well remembered, the final goal of a statesman.

Lead or be led? This is Ramaphosa’s choice and his legacy. DM