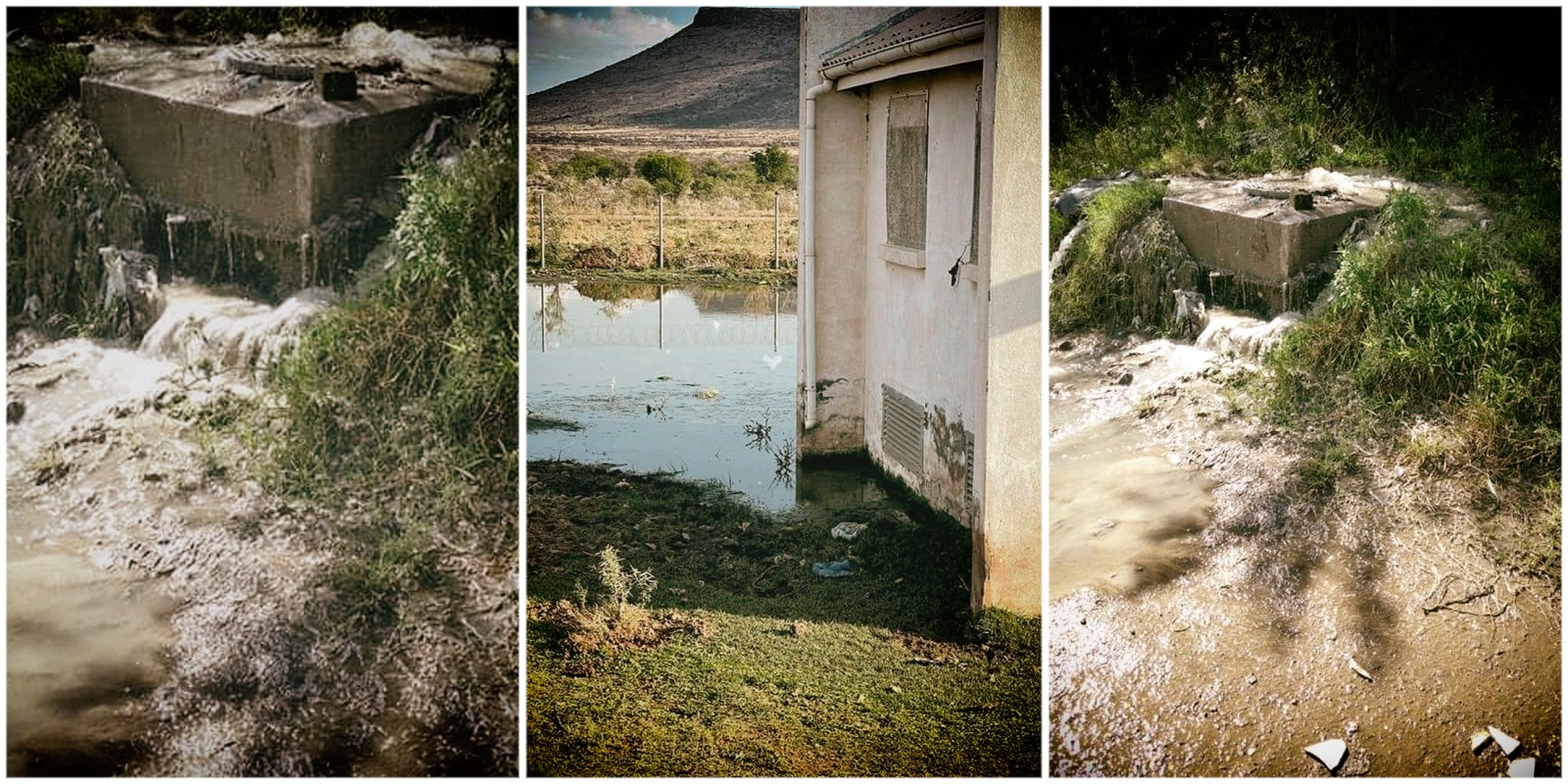 For years, the Chris Hani District Municipality has allowed sewage to flow into Eastern Cape rivers — and in some cases people’s yards — as the wastewater treatment works are dysfunctional. Agri Eastern Cape has finally obtained an order to force the municipality to act on sewage spills in Cradock.

The 28 October order came after an Agri EC member reported that raw sewage flowing into the Fish River in Cradock would inevitably affect agricultural activities downstream.

In September, Daily Maverick reported that a third of the municipality’s sewage plants are partially operational and that the district is responsible for years of waste running into the Eastern Cape’s rivers.

Speaking about the case, Agri EC’s Megan Maritz said following the failure of the municipality and the department of water and sanitation to urgently engage with Agri EC, a site inspection was performed by Agri EC’s staff members.

“The staff members confirmed that at more than six sites direct sewage spills were flowing into the Fish River. Furthermore, five pump stations and the wastewater treatment works were dysfunctional,” she said.

Maritz said sewage leaked from almost every manhole along the sewerage system.

“Most of these manholes had sewage gushing from them, creating flowing streams that led to the Fish River. The burial site of the famous ‘Cradock Four’ was under a lake of sewage and people in Lingelihle, Michausdal and Cradock were being forced to live with streams of sewage flowing past their front doors,” Maritz said.

She said the entire system was so dysfunctional that there was a constant “waterfall” of sewage at the bottom of Church Street.

“Toilet paper and sanitary material littered the areas of sewage overflow, including the Michausdal pump station. In light of the seriousness of the situation, Agri EC approached the Grahamstown High Court on the 3rd of September 2021 to urgently enroll the matter,” she said.

Maritz said the municipality initially opposed the relief sought by Agri EC, but later adopted a cooperative approach that led to the granting of the 28 October innovative order.

In terms of this order, the municipality shall, by no later than 4pm on 2 November 2021, serve and file a comprehensive report, on affidavit, detailing the following:

Maritz said the municipality was ordered to pay the costs of the application to date.

“It is clear from the timelines outlined that this matter is now being dealt with as a matter of urgency and Agri EC is hopeful that by 25 November 2021 the court will order that the appropriate action plan be implemented after considering the reports filed by the parties,” she said.

Municipal spokesperson Bulelwa Ganyaza said the Chris Hani District Municipality is yet to receive and study the court order.

Ganyaza said their technical team was regularly in the area conducting daily operations and maintenance in Cradock.

“Further to this a team of engineers from both parties (the district municipality and Agri EC) will also be on the ground for purposes of inspecting progress to test the implementation of our plan,” she said.

About 78km from Cradock in the small town of Tarkastad, the pumphouse is swimming in faeces.

DA MPL and Enoch Mgijima constituency leader Jane Cowley said the main pump house in Zola, Tarkastad, which should pump sewage to the Tarkastad wastewater treatment works, has not operated for years and is completely surrounded by a dam of sewage.

“This gruesome discovery was made on Tuesday when I conducted an oversight inspection in Tarkastad to assess service delivery issues in the town. According to residents living across the road from the pumphouse, sewage levels are regularly so high that the sewage fills the road and floods their yards,” she said.

Cowley said local municipal workers say that there is nothing they can do about it as it is the responsibility of the Chris Hani District Municipality to manage water and sewage.

Tarkastad resident Carol Boast said residents living close to the pump had to walk through the faeces.

“These people can get ill anytime; who knows if they are not sick because of the stench and the faeces they have to pass on a daily basis,” she said.

Cowley said the health risks of such barbaric living conditions were enormous and residents often suffered from diarrhoea and other stomach ailments as a result.

“I will write to the Eastern Cape MEC for cooperative governance and traditional affairs, Xolile Nqatha, to request his urgent intervention to ensure that the Chris Hani District Municipality effects immediate repairs to the faulty pumphouse and maintains it adequately going forward,” she said.

Ganyaza said theft and vandalism of municipal infrastructure incidents affected the provision of water and sanitation services in the district, and communities suffered the most. DM/OBP