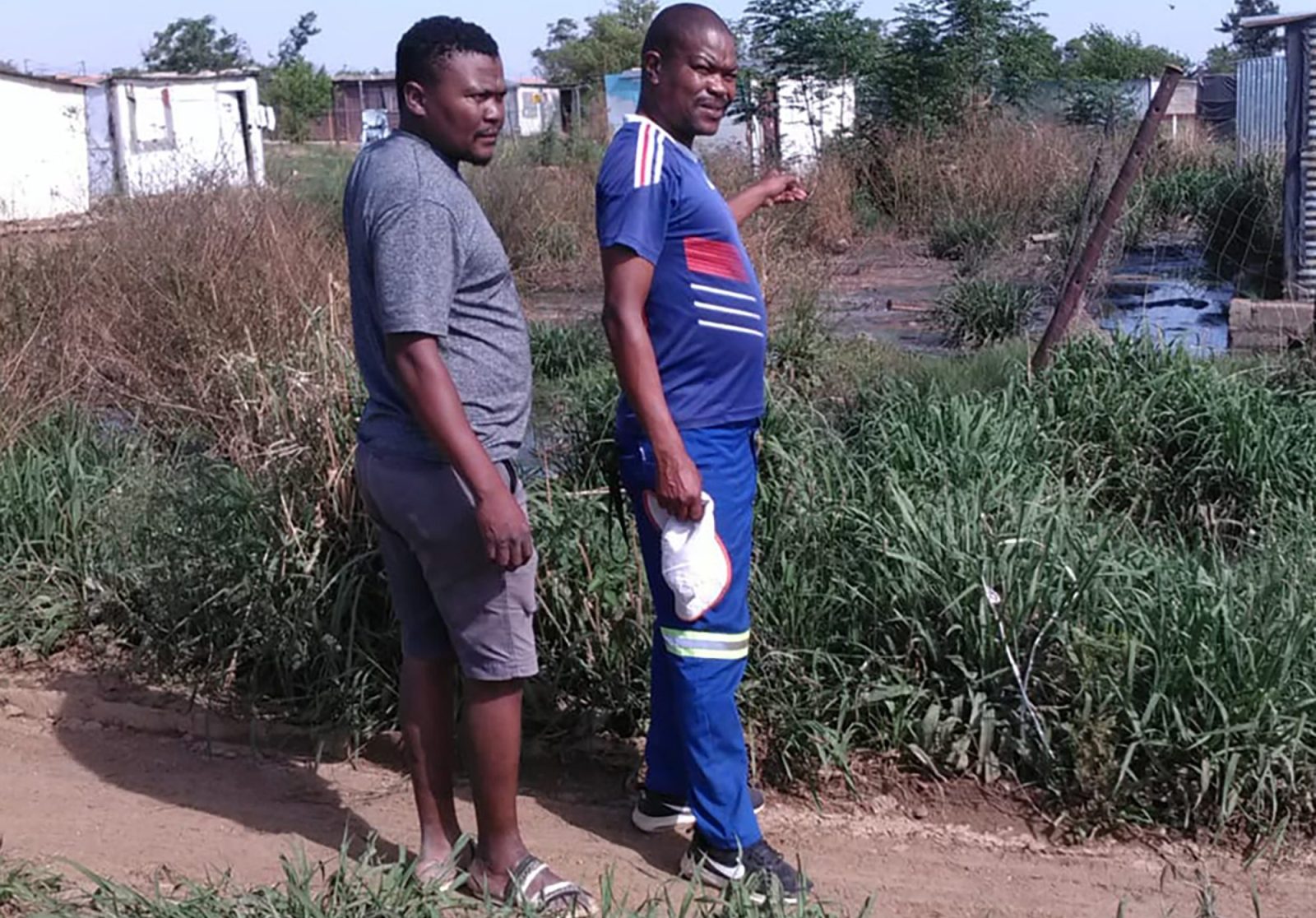 Candidates vying to lead the City of Tshwane know that should they emerge victorious, they will face a mammoth task. The billing system, Hammanskraal water crisis and relocation of shack dwellers lead a list of long-running grievances in the metro.

One of the most contentious issues in Tshwane is the municipality’s billing system. Oupa Mtshweni formed a political party called Concerned Residents for Service Delivery in Mamelodi in 2016 to specifically deal with issues of high charges besetting some residents.

“I have been involved in protracted verbal battles with the City of Tshwane over the years now regarding the administration’s billing system. The city uses estimates instead of actual figures to determine the amount owed by residents for services in any given month. The so-called private meter-readers who have been hired by the municipality don’t do their jobs,” said Mtshweni. 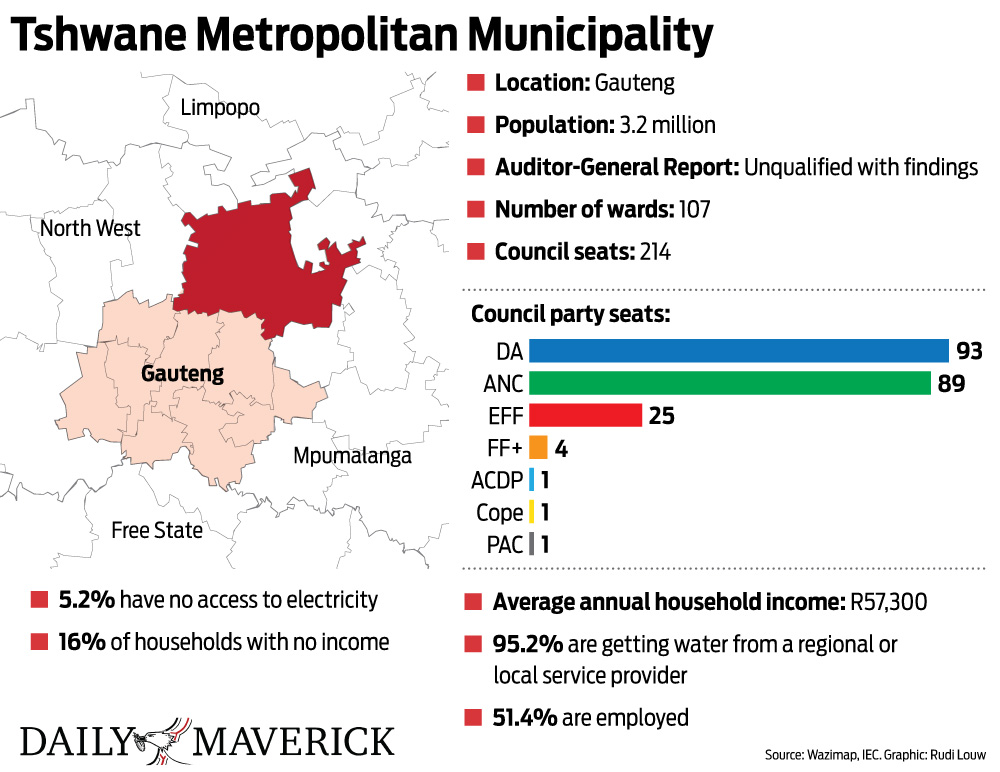 “This faulty billing system does not start with the administration that is now led by the DA, but has been in existence since the days of apartheid and was perpetuated by the ANC-led administration when it took over the reins in the municipality in 1996,” he claimed.

Many residents have over the years been sent accounts that suggest they owe exorbitant amounts while they say they have been paying their monthly fees.

“I have never owed the Tshwane municipality a cent in my life as I have always paid my rent without default every month since 1956 when I first occupied my four-roomed house. I am devastated that for two years now the municipality has been frequently sending me accounts which suggest R20,000 in municipal rent,” said 85-year-old Samuel Lekota of Mamelodi.

“In fact, I have always paid my municipal service account upfront over the years and this insinuation by the municipality that I owe rent is a slap in the face.”

In a recent interview on local community broadcaster Mams Radio, City of Tshwane spokesperson Lindela Mashigo said, “Those who find themselves in the same predicament as that of the elderly Samuel Lekota and are also aggrieved by the treatment they have received from the City of Tshwane may appeal to the highest echelons of the city’s structures, or can even escalate their grievances to the Public Protector.”

South African National Civic Organisation (Sanco) regional leader Abram Mashishi said, “All rent debts must be scrapped and everybody must start afresh. Pensioners and those earning less than R3,000 a month must be exempted from paying monthly rentals.

“The DA made a mistake by abolishing the ‘poorest of the poor’ system which protected the indigent from high rentals.”

Resident Mirriam Motsae (80) insisted that his debt stems from way back in 1985 when the ANC and its affiliates like Sanco encouraged residents to embark on a rent boycott in Mamelodi.

“I thought that when the ANC took over the municipality of the City of Tshwane it would scrap all rental debts, but I am still paying the debt accrued from those years. Each time I receive my municipal account it comes with interest, which makes it impossible for me to finish off paying my municipal debt,” lamented Motsae.

Another burning issue in Tshwane is that of the relocation of shack dwellers living in three places: the Eerste Fabrieke Railway Station, the far east of Mamelodi and Nellmapius. Their shacks, together with important documents and clothes, were washed away during floods in December 2019.

They were subsequently housed in churches and libraries around Mamelodi and Nellmapius as a stop-gap measure, and came to be known as “Mamelodi flood victims”. The City of Tshwane promised to relocate all of them as their homes were not safe and might be flooded again.

“To date, only 350 flood victims have been relocated to a safer place called Mooiplaas in the far east of Mamelodi last year, while the rest of us, who are in their thousands in number, continue to live in fear of yet another incident of flooding. The City of Tshwane has shunted us from pillar to post ever since,’’ grumbled community leader David Scholtz.

‘‘Now, to make matters worse, former City of Tshwane administrator Mpho Nawa is insulting us by saying the city spent R493.2-million to relocate us. What relocation is he talking about?

“We are still languishing here in the squatter camp area, yet Nawa tells the world that he spent millions of rand to relocate us. If the relocation he is talking about is that of 350 people, then the amount spent can’t be R493.2-million.’’

Nawa couldn’t be reached for comment as his phone went unanswered for several days.

The city’s head of housing, Oupa Appies, held a series of meetings with the Mamelodi flood victims, culminating in him informing them on 8 September that the municipality does not have a budget to relocate them from their present place of dwelling.

“If we are not going to be killed by the floods, then we might eventually be killed by the sewage,” said Scholtz as he pointed out a leaking sewage pipe in one of the yards in the squatter camp.

“This sewage has been like this for months now and though we have informed the municipality about it, no action has been forthcoming from them in this regard.”

Scholtz is standing as a councillor candidate for Herman Mashaba’s ActionSA in Ward 28, which includes informal settlement areas like Willow Farm, Marikana and 77.

“I believe that being a councillor will put me in good stead to alleviate problems which are faced by our people on a daily basis,” he said.

Yet another point of contention in Tshwane is the Rooiwal wastewater treatment plant in Hammanskraal. Residents of Hammanskraal say they have to deal with undrinkable water on a daily basis as water coming from their taps contains yellow-brownish substances and can’t be used for drinking or cooking.

“Under the ANC and the DA administrations our lives have become hell. It is only through the grace of God that we have not died of thirst. I am not going to vote in the upcoming municipal elections,” fumed resident Johanna Seape.

“The ANC was warned back in 2004 by water infrastructure experts that the Rooiwal plant won’t be able to sustain the growing population of Hammanskraal and surrounding areas in the long run and that necessary upgrades had to be implemented. But this advice was ignored,” he said.

Williams said his administration was using water tankers to service residents of Hammanskraal.

ActionSA mayoral candidate Abel Tau has lashed out at the DA-led administration and the former ANC administration for the Hammanskraal water fiasco. He said while the ANC completely ignored the problem, the DA had tackled the crisis half-heartedly. DM