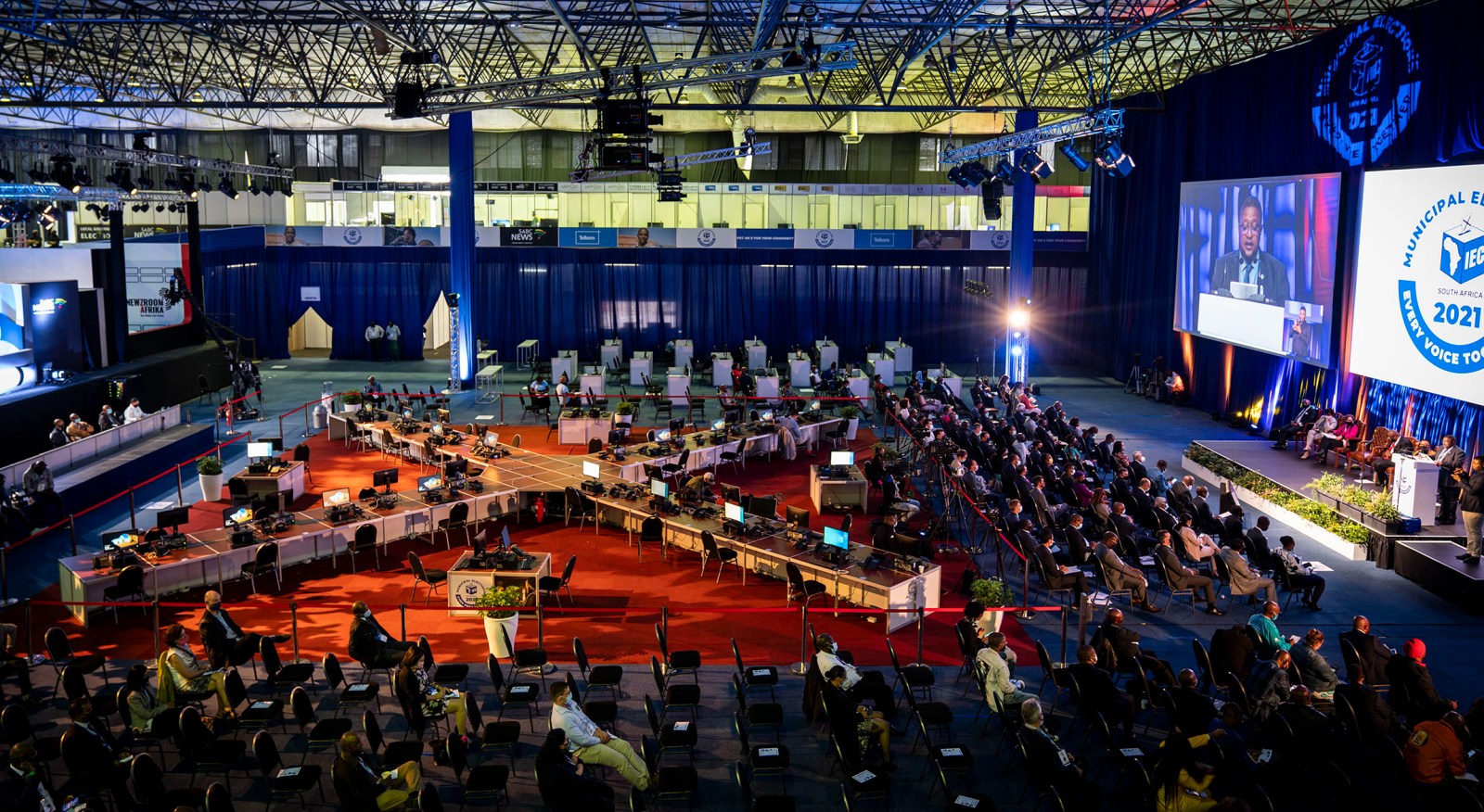 Health Minister Dr Joe Phaahla said on Friday he was more worried about the parties final weekend rallies becoming superspreader events than election day itself, as the Independent Electoral Commission announced its safety protocols for 1 November – and added that voters’ thumbs will still be marked.

Extensive safety protocols have been put in place for the local government elections on Monday, including the use of “canisters” to disinfect frequently touched surfaces, the deputy chairperson of the Independent Electoral Commission, Janet Love, said on Friday.

Love was speaking at the weekly Department of Health briefing on the state of the Covid-19 pandemic in South Africa.

She said voters will still have their thumbs marked once they finish voting.

Liquid spray hand sanitiser, disposable sanitising wipes, bins with lids for cotton buds that will be used for inking thumbs and other PPE, and canisters of disinfectant for sanitising voting stations had been issued.

Special votes would be collected from the homes of people who registered to vote in this way, Love said, but it would not be possible for people to vote if they are isolating due to exposure to someone with confirmed Covid-19.

Special votes get under way on Saturday, but party campaigning continues through the weekend for these local elections.

Voters would have to be spaced 1.5m apart on voting day and it would be compulsory for everyone at voting stations to wear a mask, including party agents, voters and officials.

She said these protocols have been tested with success during by-elections.

Health Minister Dr Joe Phaahla said the country currently has a low rate and incidence of Covid-19 infection, with 18,568 active cases compared with more than 46,000 a month ago.

The number of new cases had dropped by 22% over the past seven days, the country’s hospital admission rate had decreased by 14.5% and the case fatality rate by 18%.

Nationally only 1.7% of tests currently have positive results, Phaahla said.

But he warned that if the country lowers its guard now it will lead to “serious catastrophe.”

Advocating for a continued state of disaster, Phaahla said lifting it now would deprive the government of the means to help people keep safe from risky behaviours and this could lead to problems and another strict lockdown.

He said it was too early to tell if any election-related activities have caused a spike in infections, but political rallies scheduled for the next three days may pose the highest risk.

Phaahla said the risk at rallies was still very high, especially where there would be singing, shouting and ululating. He appealed to all political parties to approach the weekend’s rallies with caution and stick to the crowd limits in terms of disaster management regulations – 2,000 for outdoor meetings and 750 for indoors.

“We will only know if we came through the elections safely on 15 November,” he said.

The minister said the IEC has allowed for pop-up vaccination sites to be set up at voting stations. They would be outside the areas marked for voting.

Priority would be given to the one-shot Johnson & Johnson vaccine, but Pfizer jabs would also be available, especially for those who needed a second dose.

Phaahla said fast food company Nando’s has donated R500,000 in vouchers for the best-performing vaccine teams on voting day and Uber has offered free rides up to R100 each to health workers on the day.

Deputy Health Minister Dr Sibongiseni Dhlomo made it clear that while people can get vaccinated at some voting stations, 1 November is strictly a voting day and the government will not use the opportunity to coerce or bully people to get vaccinated since it is still trying to motivate for vaccination through persuasion.

“We just want to make it easier for people to get vaccinated,” he said. DM/MC

You need to vote where you are registered. Check your status and other voting information here.