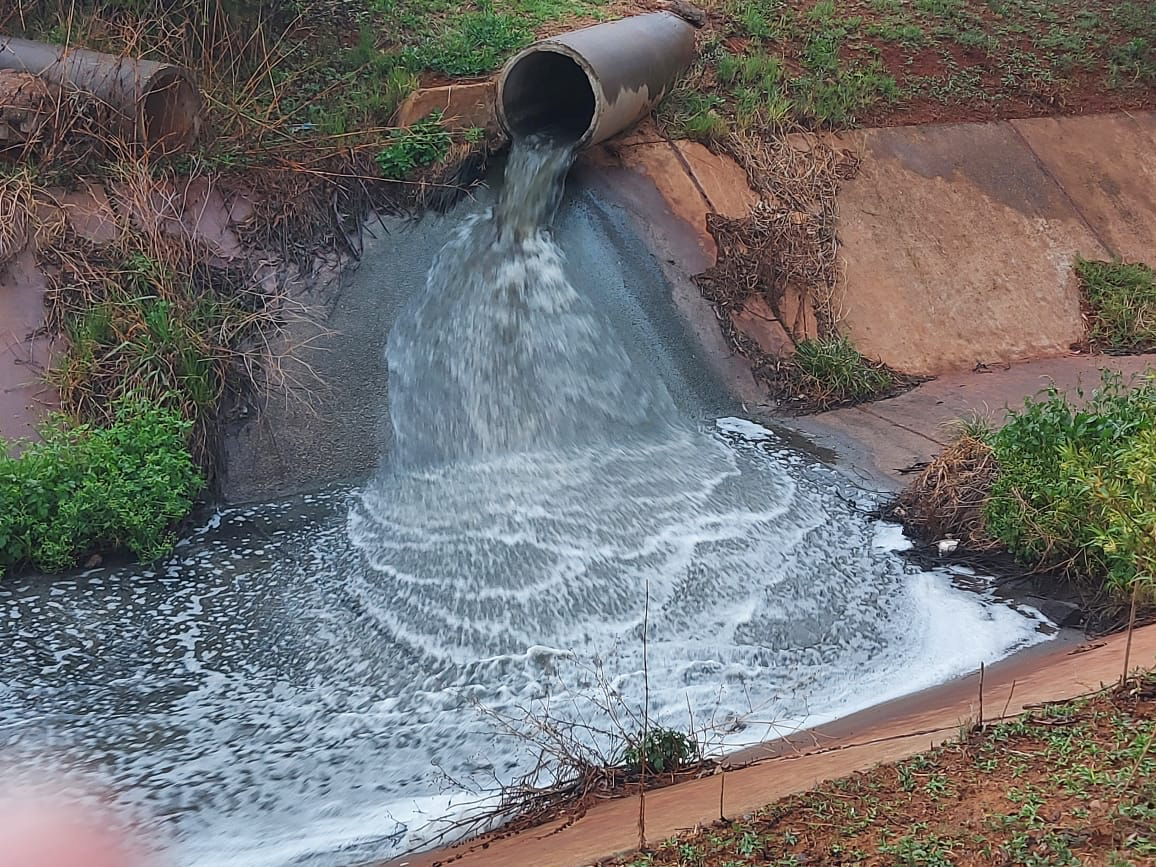 It’s a story you’ve heard before, and as Maureen Stewart, vice-chairperson of non-profit organisation Save the Vaal Environment (Save) said, “it’s a story of South Africa”. Lack of funding. Failure to upgrade and maintain municipal infrastructure. Ecological, environmental and human health repercussions.

Like many areas in South Africa, there are ongoing sewage spills into the Vaal River, predominantly from the Emfuleni Municipal wastewater treatment system, which have affected human and animal health, the environment and ecology – with many yellowfish dying.

“The situation has not changed,” said Stewart. “This has been an ongoing issue that has escalated over probably [over more than a decade].

“The end result is that we’ve got a load of raw sewage going straight into the river. This has caused a major ecological and environmental disaster.”

In February this year, the South African Human Rights Commission (SAHRC) released a report into the sewage problem of the Vaal River after a three-year investigation.

The report emphasised the importance of the Vaal water system, with about 19 million South Africans relying on it for water security, and found the pollution in the Vaal River affected natural ecosystems and endangered health.

It stated that the Vaal is now polluted beyond acceptable standards, caused by “the kilolitres of untreated sewage entering the Vaal because of inoperative and dilapidated wastewater treatment plants which have been unable to properly process the sewage”.

While this has been an ongoing issue, after recent sewage spills into the Vaal at Vereeniging and at Loch Vaal, Emfuleni locals reported seeing dead fish floating in the water. Stewart explained that as a result of sewage flowing into the Vaal River, the fish were starved of oxygen and died.

The SAHRC report found that due to the pollution, the yellowfish population in the Vaal is under threat of extinction.

⁦@dailymaverick⁩ Dead fish In the Vaal River – near Vaal Riviera – killed from all the raw sewage flowing into the Vaal River pic.twitter.com/3enLSRjFG7

“A large part of the pollution is due to wastewater treatment plants that are not operating optimally but it is not the only reason. Domestic, industrial, agricultural and mining activities also play a part,” Sputnik Ratau, Department of Water and Sanitation (DWS) spokesperson, told Our Burning Planet.

Ratau said the reason that the plants were not operating optimally was a lack of operations and maintenance at local government level.

Stewart said the Emfuleni local municipality has three wastewater treatment plants that technically have the capacity between them of treating over 200 million litres of sewage per day.

Stewart said that the Emfuleni Municipality hadn’t invested in the maintenance and upgrading or expanding of the plants to accommodate a growing population.

“It’s a story of South Africa. It’s not only the Vaal River,” she said.

The issue has caused two areas of concern for Save – the impact on ecology and on human health.

“The danger to the environment is that you’re destroying the ecology of the river,” said Stewart, “and it’s very difficult to get it right after that.”

Secondly, it poses a danger to human health.  According to the latest Barrage Reservoir Weekly Water Quality report by Rand Water, published on 22 October 2021, in some areas of the Vaal River (near the Emfuleni treatment plants) the E.coli count per 100ml of water collected is 241,960.

The report notes that an E.coli count of just 400 counts per 100ml would indicate a high risk of gastrointestinal disorders (with symptoms including skin irritations, infections and intestinal disorders). This figure is far below the counts reported in some areas of the Vaal. Stewart said many children have experienced violent diarrhea after participating in recreational activities on the river.

She explains that while people don’t drink that water (Rand Water treats water from the Vaal Dam, not the Vaal River), the communities below the barrage are affected.

“There is a dilution factor, yes, but still those communities and municipalities further along, particularly Parys, abstract water from the river, which they treat, and then that means you can’t drink the water in Parys.”

So, whose job is it to fix it, and why has it taken so long?

The SAHRC report made recommendations for the government at all three tiers – national, provincial and municipal.

At present the DWS is playing a leading role and is collaborating with the Gauteng provincial government’s Department of Cooperative Governance and Traditional Affairs, local government and the private sector.

“The Department of Water and Sanitation has got a regulatory role to play, through Compliance Monitoring and Enforcement,” confirmed Ratau, adding, “This matter is not just DWS-specific, that is why there is need for collaboration obviously led by the government, with DWS playing a leading role.”

Stewart said previous DWS minister Lindiwe Sisulu had invoked section 63 of the Water Services Act which meant that the national government could step in and take over the infrastructure operations and maintenance of Emfuleni’s wastewater system.

“By invoking section 63, the minister has stepped into the shoes of the municipality in terms of its wastewater system,” she said.

“If proper compliance had been effective, the sewerage crisis issue may have been prevented.”

A Vaal River Intervention Plan is currently being rolled out.

Ratau said DWS was responsible for the whole project, including oversight over the work that is being done by Rand Water as the Implementing Agent, and coordination with all role players “as well as of most importance, the sourcing of the necessary funding”.

Ratau said the plan includes unblocking pipelines, upgrades, replacements or new construction of some pump stations and pumps, reconditioning of compactor and screen motors, replacement of power supply and connection to municipal water supply, amongst others.

Buang Jones, provincial head of the SAHRC told Our Burning Planet, that they were monitoring the implementation of the report and not incidents that occurred after its release.

“We recently held discussions with the state respondents as part of our ongoing monitoring. We are still studying their progress reports,” Jones said.

Stewart said funding remained a sticking point in taking needed action. “There’s lots of talk, but not too much action on the ground.”

There have been several attempts in the past to deal with this issue, with the South African National Defence Force contracted to work on the wastewater plants and the Ekurhuleni Water Care Company contracted to clean the blocked pipes.

But Stewart said that after the company’s contract ended, the pipes just got blocked up again. The real solution would be to sort out the source of the problem – by upgrading the plants.

“But again, you know, we’re waiting,” she said.

“And it’s the same story: the treatment works are dysfunctional, and they’re treating very little raw sewage coming into the works, which impacts the river. And that’s where we are at the moment, with once again, promises from the new minister [Senzo Mchunu ] that action will be taken and that funds will be found.”

Stewart believes the only solution now is to take legal action. In 2018 Save took Emfuleni municipality to court, to stop pollution of the Vaal River from the wastewater treatment system, and won. In 2019, the organisation was awarded a court order to add national and provincial players including the departments of Finance and  Environment into the court action. This was opposed by ministers of Finance and DWS.

The case was delayed after Gauteng Cooperative Governance and Traditional Affairs requested a six-month suspension of court action, and after delays as a result of lockdown and discussions with Sisulu. Save will be asking for approval from the court to submit a supplementary affidavit to explain the updates since the 2019 court order. If that is approved, the proceedings will be able to continue. DM/OBP