This week we’re listening to: Investigating the myth of Elizabeth Holmes 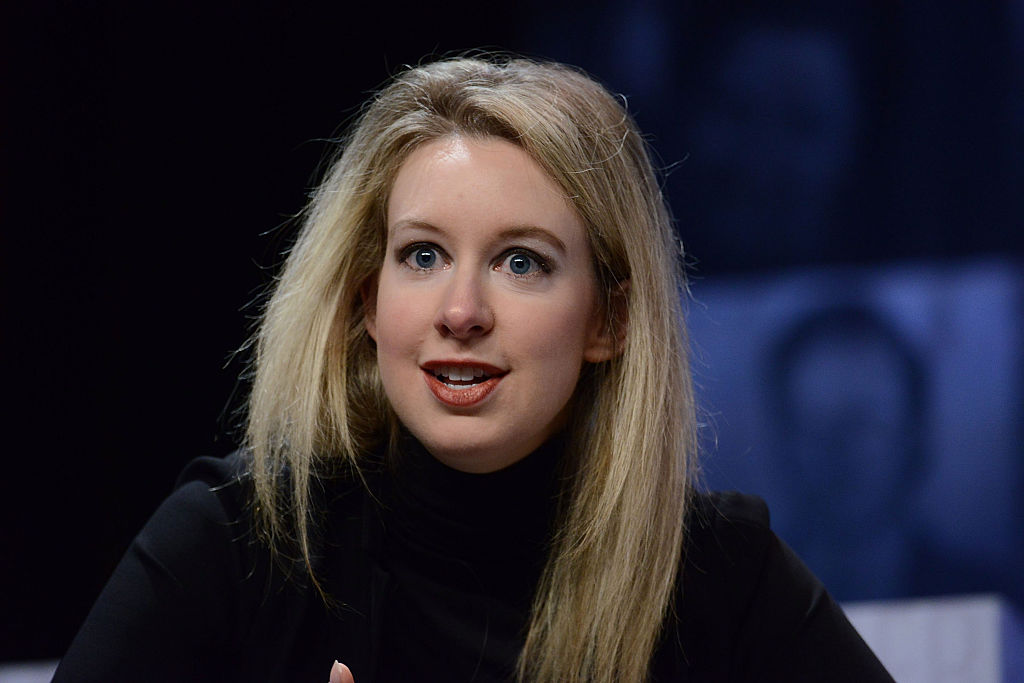 Elizabeth Holmes built an empire that promised to revolutionise medicine — until it came out that it was built on lies. ABC’s two-season podcast follows the rise of the young entrepreneur as she built her company, Theranos, and unpacks how it all came crumbling down.

Elizabeth Holmes was touted by Forbes in 2014 as the world’s youngest self-made female billionaire, who listed her net worth at around $4.5 billion. By 2016, her worth was revised — to zero.

The first episode starts with Holmes giving testimony, her distinctive voice — one that will become unmistakable as the show goes on — swears to “tell the truth, the whole truth and nothing but the truth”. This is the beginning of a lengthy legal saga, a two-season true crime-turned-court drama podcast that will keep you on the edge of your seat as it unfolds.

Holmes founded her company Theranos in 2003 at just 19 years old. She built an empire based on an idea, which, to be fair, many people do, except her idea never really panned out.

Her “invention”, a machine she claimed revolutionised medicine by running blood tests from a prick of the finger, instead of painful and taxing blood draws, never actually worked. The podcast takes the listener through every lie and half-truth that either Holmes or the company presented, building up a glorious myth that shone brightly in Silicon Valley until it, like all lies eventually do, fell apart.

Rome was not built in a day, and neither was Theranos, and there is a lot of information to take in. Podcast host Rebecca Jarvis is thorough, meticulously building a timeline and introducing the listener to the various key players so that one never feels lost under the mountain of facts and fiction — of which there are many.

Holmes was a Stanford University student who stopped her studies to fully focus on her business — and is likened to other famous “university dropouts” like Steve Jobs.

The similarity with Jobs soon becomes a major plot point, as Jarvis tells us how Holmes’s fascination with the Apple founder developed into what could be described as obsessive — she was not simply modelling her future on his life, she modelled herself after Jobs too.

She employed Apple designer Ana Arriola, who suggested she take on Jobs’s signature all-black attire of turtleneck sweater and slacks. “She had this kind of spunky, frumpy Christmas sweater attire … she was enamored with the style and iconic silhouette of Steve Jobs,” Arriola told Elle.

But her style was not the only thing Holmes altered. Her deep, husky voice – which sort of appeared at the birth of Theranos – is something that seems to have struck a particular nerve with the internet.

“Holmes is obviously guilty of many more serious crimes, but faking one’s voice is just weird, and embarrassing, in much the same way that bad toupees are: they place one’s bodily insecurities center stage. Plus, now she’ll have to do this voice for the rest of her life (?), and it’s all I can think about,” Katie Heaney wrote for The Cut.

Timothy L O’Brien ends his Bloomberg analysis on the Theranos trial saying, “I’ll be waiting to hear whether she speaks truthfully, in a high-pitched voice”, and Elizabeth Lopatto writes for The Verge that “every time I tell someone I plan to cover the trial, the person replies ‘Do you think she’ll use the voice?’”

In fact, the listener will hear this voice often, as the podcast replays old interviews and depositions; it is a constant reminder that nothing here is real.

“She copied other people… She was 120 percent fake,” Arriola has said.

Something here is sticky, however, and while the show touches on it briefly, there are more questions than answers. Does it matter that Holmes changed her wardrobe and adapted her voice? Yes, it adds to the mystery, yes it places another potential lie on top of a file of untruths that seems to be ever thicker, but it also speaks to the hypocrisy around women in business. What is it with society’s obsession with how women look, act and sound? Why do we care about Holmes’s voice so much so that it almost seems to eclipse what she did?

In a piece for TechCrunch entitled “I get it, Elizabeth Holmes”, Beth Esponnette writes that “investors generally have expectations that are aligned with male tendencies” and that “identical slides and scripts that are read by men and women are judged very differently, with men overwhelmingly rated higher. Holmes’s deep voice, although off-putting, probably made her more convincing.”

The consequences of this double standard are already being felt, with some female business people reporting to the New York Times that they are often compared to Holmes.

“Women founders have to navigate these types of questions that their male counterparts simply don’t have to answer,” Julia Cheek, founder of Everly Health, said.

For the second season, released in 2021, the podcast host follows the trial of Elizabeth Holmes while it happens (the trial is still going on at the time of writing this review); if you weren’t invested before, the stakes seem somehow even higher today: the listener is made acutely aware that this is not just another story of one’s business’ rise and fall.

Not unlike a court artist painting the scenes on the benches, Jarvis explains each day of the trial in captivating detail. Unable to record in court, The Dropout reports on the trial using interviews with legal experts and analysts and audio clips from previous depositions that could be recorded. It’s an ingenious way of staying true to the story as it happens, while overcoming barriers to access.

Despite the multitude of information that The Dropout has painstakingly pieced together for this podcast, there is still so much that remains unknown. While many whistleblowers have come forward and also feature in the show, Elizabeth Holmes and many of her allies declined to comment.

The story is not over yet, and, once you get to the latest episode, you’ll be waiting in anticipation for the next one. The Dropout is not only a marvelous audio production but also a spectacular example of journalism writing the first draft of history. DM/ML