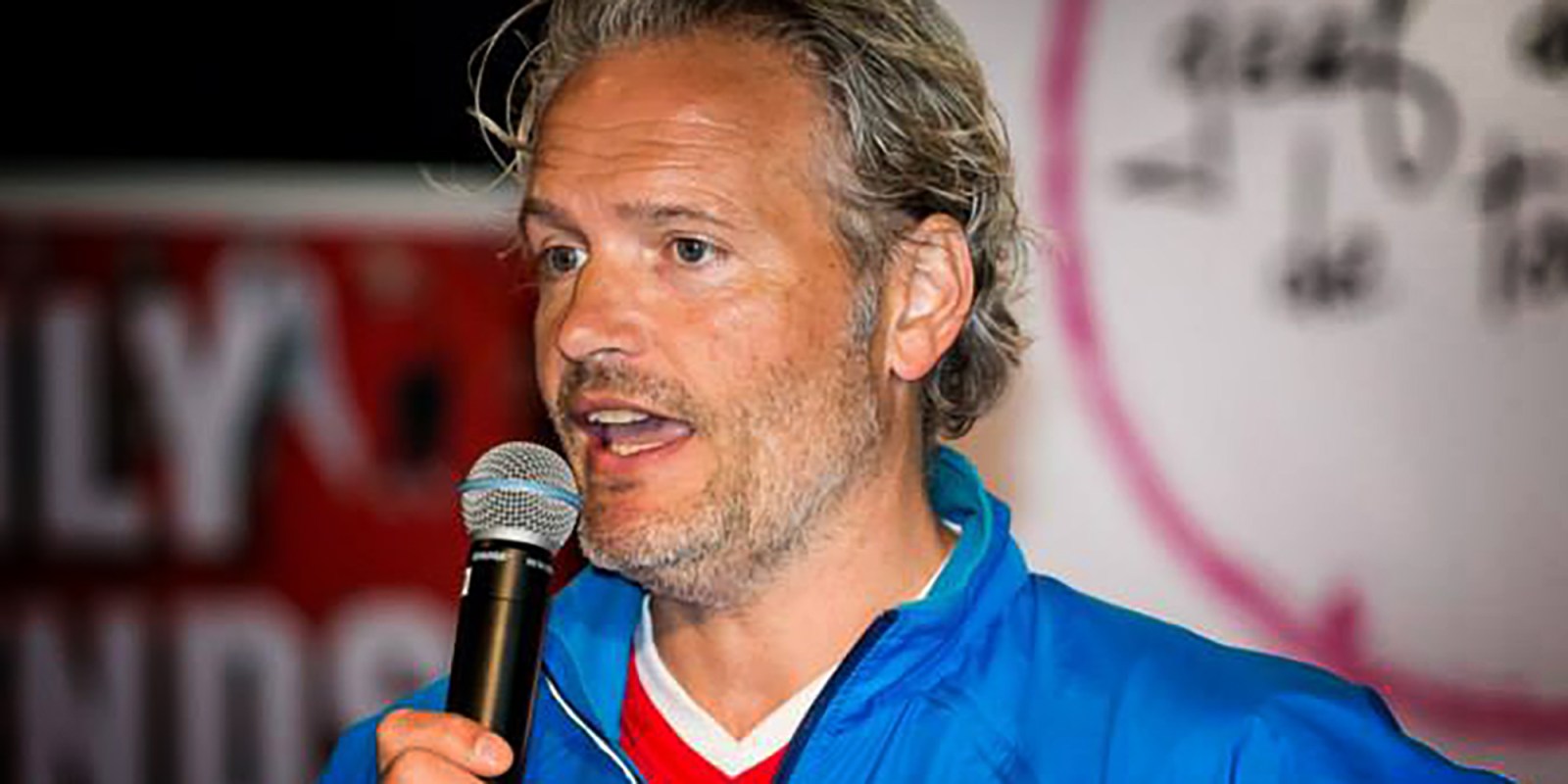 The South African investment bank provided billions to one of the alleged pioneers of the alleged tax fraud dubbed ‘CumEx’, despite their client facing tax evasion investigations in four countries.

Between 2012 and 2015, Investec backed controversial Dutch stock trader Frank Vogel with up to at least €12.7-billion (about R183-billion) to facilitate his business, which was allegedly based almost entirely on tax arbitrage schemes.

Financial records accessed by amaBhungane suggest this astonishingly generous support amounted to almost all the funding Vogel’s company MF Finance enjoyed in the period during which he or his companies faced multiple investigations from tax authorities in Italy, Germany, Switzerland and Austria.

At the time he was also embroiled in a legal battle with Dutch authorities about an allegedly bogus “pension fund” he created to claim enormous tax refunds in that country as well as Belgium.

Even more astonishingly, funding for this single controversial client seemingly amounted to nearly half of the UK-based Investec Bank plc’s “prime brokerage” business at the time.

Investec Plc Response to Am…

Vogel, who incidentally owns a game lodge in Limpopo, is reportedly considered the “spiritual father” of the tax scheme known as CumEx which he pioneered while employed at the Belgian bank Fortis in the early 2000s.

The trading “strategy” involves fooling a country’s tax authority into issuing duplicate refunds for dividend withholding tax that had been paid only once (refer to previous story’s sidebar).

AmaBhungane last week revealed Investec’s own extensive involvement in CumEx schemes (here and here). This was based on a massive leak of documents we gained access to as part of a multinational joint investigation coordinated by German non-profit newsroom CORRECTIV.

Various sources in these leaked documents show how Vogel was the major trailblazer in the CumEx industry which, according to some estimates, ultimately cost European governments more than €55-billion.

Buried deep in the documents there is also an isolated reference to a partnership between Vogel and Investec that was apparently well-known in the CumEx world.

Vogel had left Fortis in 2006 amidst controversy after a whistle-blower at the bank revealed the secret to his department’s extreme profitability was what looked an awful lot like tax fraud.

Practitioners like Vogel still maintain that it was the legal exploitation of tax law loopholes, but Germany’s appeal court this year retrospectively declared the trade a fraud.

This week Vogel told us: “For the past 10 years I have been very consistent in my responses towards journalists in this matter: no comment. No reason to change that approach.”

In 2018 UK banker Martin Shields, one of only three people to date criminally convicted for CumEx fraud, mentioned Vogel in a statement to prosecutors that amaBhungane found in the CumEx files.

While listing entities involved in the trade, he added that “Frank Vogel’s GSFS group acting through Investec Ireland were also of considerable importance to… the market in general”.

Vogel himself was the inspiration for a number of prominent CumEx companies.

Shields also told investigators that he was “thinking of Frank Vogel” when he and his partner Paul Mora (who is on the Interpol red list) decided to set up their own firm.

One of the most infamous CumEx practitioners was UK banker Sanjay Shah. He told investigators that “Frank Vogel left Fortis to set up his own business. And I think many people, they took that as inspiration for doing the same thing”.

AmaBhungane has now acquired financial statements for Vogel’s holding company, MF Finance, from the Dutch chamber of commerce, which reveal the full astonishing extent of the partnership between Vogel and Investec.

In particular, the statements reveal how Investec doubled down in its multi-billion Euro support of Vogel after 2012, the year in which changes in German law were supposed to have quashed CumEx trading.

It was at that point that operators like Vogel pivoted towards other strategies that still relied on so-called “dividend arbitrage” to score tax refunds from governments.

Like CumEx, these still required massive short-term funding to churn shares around the day companies declare dividends. This is where a funder like Investec enters the picture.

Importantly, this reflects the balance of the support from Investec at a single point in time. Over the years, the actual support for share transactions could have been multiples of these figures as transactions came and went.

The MF Finance annual reports for the next two years show that the Investec account levelled off slightly to €11.1-billion at the end of 2014 but then suddenly dropped off to nearly nothing by the end of 2015.

As before, this does not at all mean there weren’t massive amounts of transactions in the course of these years. It simply means the balance at the end of the year was low.

The astronomical size of this support can be gauged with a comparison to Investec’s overall business in the UK and Europe where Investec Bank plc’s “net core loans and advances” stood at around €9.8-billion at the end of 2013.

The more comparable number is, however, the total “obligations arising in equity transactions in our prime brokerage business” which Investec declares in its annual reports.

On 31 March 2014, this was roughly €29-billion. The €12.7-billion balance MF Finance had with Investec three months earlier was almost half of that.

In its response to amaBhungane, Investec pointed out that the figures from MF Finance “only reflect the gross amounts and do not take into account the ‘legally enforceable and settled net amounts’.

“It is important to note that the numbers you have quoted do not show the full correct actual legal context… These disclosures clearly set out the legal nature of these transactions and the amounts subject to enforceable netting arrangements which is standard banking practice.”

In practice, Investec is pointing out that it is not lending recklessly but rather has its position covered by claims on the assets of MF Finance.

MF Finance’s financial reports reflect this situation from the other side of the table: “All cash, equity, bond and derivatives positions and all the associated receivables and payables are pledged to Investec”.

Investec added: “During the timeframe you have highlighted, [Investec] provided secured short-term lending, custodian and settlement services to our clients in relation to their business activities. Investec’s maximum collateralised exposure that it had at any one time to a client was no more than €500m.”

Investec’s explanation does not address the potential reputational and other risks associated with providing multiple billions in short-term funding to a business like Vogel’s.

Although Investec declined to comment on the specifics of its business with MF Finance, citing client confidentiality, it is highly unlikely that the bank was unaware of what Vogel was using its funding for.

It seems equally unlikely that it was unaware of the number of investigations and separate public fights with regulators the Dutchman was facing at the time.

Starting from its 2014 annual report, MF Finance spells out how investigations especially in Germany, Switzerland and Austria threaten its income while its operations as far back as 2006 were being probed.

“In Italy there is an investigation by the tax authorities to tax returns for the year 2006 to 2009,” reads one note.

Another note reports that the kind of share trading the company engages in has raised the ire of several authorities: “The German, Swiss and Austrian authorities are investigating the tax returns for the year 2011 and beyond related to these types of trades.”

In the period Investec was funding Vogel, it was already public knowledge that he was engaged in a high-stakes battle with the Dutch financial regulator De Nederlandsche Bank (DNB) over an allegedly fake pension fund he had set up to conduct his dividend arbitrage transactions.

This became front-page news in the Netherlands in March 2014.

Allegedly bogus pension funds, especially American ones, played a major role in CumEx schemes due to their tax-free status and US tax treaties with European countries.

Besides these investigations, Vogel’s dramatic departure from Fortis in 2006 already placed a cloud firmly over his head.

Investec told us that “it is a matter of strict policy that Investec does not transact with, or advise, entities that have been convicted of tax irregularities.

“All clients are subject to a detailed due diligence process. Any adverse findings would have been considered at the time of client take-on and at each subsequent review. At the time of on-boarding and dealing with our clients, Investec was not aware that any client had been convicted for tax irregularities.” DM/BM

One of the popular trading “strategies” employed to score underserved tax refunds from European governments was the so-called cum-cum scam.

Like the CumEx scam, this was a form of “dividend arbitrage” that revolved around the tax that gets paid on the dividends that companies pay to shareholders.

The object is to score tax breaks that are only supposed to be available to things like non-profits or pension funds.

Frank Vogel and other traders allegedly created their own pension funds for the exclusive purpose of conducting these kinds of trades in addition to CumEx ones which were far more complicated. DM/BM