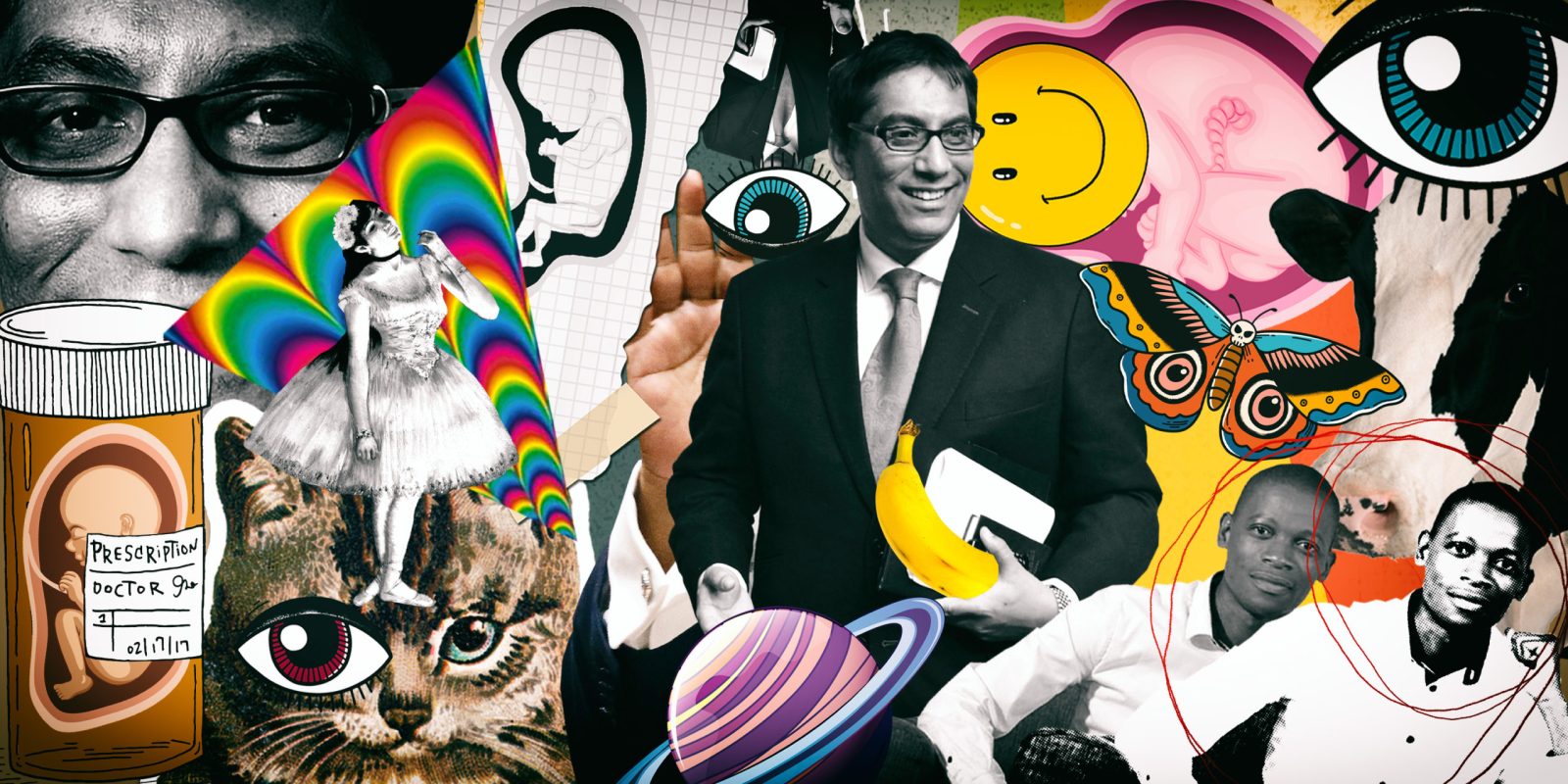 Little wonder that Iqbal Survé and his editor Piet Rampedi are now experts on human trafficking — they have exploited a woman to save face rather than accept accountability for publishing fake news.

There should be a German word — preferably something ending with schmerz or krankheit — to sum up the icky sensation of watching someone tell bigger and bigger lies to try to recover from the fallout stemming from an original lie.

Few people, surely, would have left Independent Media’s 2½-hour press conference on the decuplets saga on Wednesday without feeling dirty.

In basic terms, this is what happened: under pressure to explain why 10 babies have never materialised since Pretoria News editor Piet Rampedi published a story about the record-breaking birth of decuplets to Tembisa mother Gosiame Sithole in June, Independent Media owner Iqbal Survé has now told the public that he has reason to believe that the babies were caught up in a much wider baby trafficking scandal playing out “daily” at Gauteng government hospitals.

If you closed your eyes while listening to Survé explain this all, the experience was probably not dissimilar to what it must be like for Survé’s therapist hearing the media owner recount a dream, except that at least Survé’s therapist would get paid. And it’s important to note that Survé almost certainly doesn’t have a therapist, because if he did have a therapist one has to assume it would have been a Hippocratic imperative for the therapist to have stepped in by now, if you catch my drift.

Anyway, on with the dream:

There were six babies. Then eight. Then 10. Then two babies were stuck in a fallopian tube! Then those two stuck babies died. Then all the babies disappeared. Then the government stole Gosiame Sithole. Then Iqbal saved her because he was brave. And now Iqbal is going to save all the other little babies. And all that Iqbal’s newspapers are going to write about is baby trafficking from now until forever. There is also a million-part miniseries on the topic shortly to be released on all Independent Media channels. The End.

Wednesday’s events have thus foisted upon South Africa one of the thorniest philosophical dilemmas of our time: Who do you trust less, Iqbal Survé or the government?

This is the Sophie’s Choice you are faced with when considering the latest developments in the decuplets fantasy. Survé says that operatives within the South African government are running a baby trafficking syndicate from Gauteng state hospitals, with babies stolen and sent to West Africa and Europe for “muti, stem cell treatments and cosmetic surgery”. (This is why you see so many babies in West Africa and Europe toddling around with facelifts.) The government says that, um, it isn’t doing that.

Under normal circumstances, I would want a second opinion if the government told me the water was wet, but in this instance, I have no hesitation in depositing aaaall my trust with the state.

Here’s why: in the 2½ hours of Surve’s onanistic tea party, during which he was flanked by two experts who had been paid to investigate the matter, the audience was presented with just one (1) fact. Namely, that Dr Mpho Pooe had seen that Gosiame Sithole had a Caesarean scar.

That suggests that Gosiame Sithole gave birth at some point in the past. That is it, as far as empirical proof of the original story goes. Human rights lawyer Michael Donen, who was the other external investigator on the matter, said that he personally felt sure Sithole had been pregnant because lots of people told him so, and also there were “pictures” of her looking pregnant.

Listening to that, it was hard not to be reminded of the expert witness in the Oscar Pistorius trial who, when asked what technical instrument he had used to measure light in Pistorius’s bedroom, replied: “My eyes”.

Donen’s report — which has obviously not been made public, because in plain written form it probably does not amount to a ringing endorsement of Survé’s baby-snatching fever dream — also came down on the harsh side towards Piet Rampedi. The advocate condemned Rampedi’s “reckless” journalistic behaviour and said that his conduct amounted to a “serious” violation of media ethics.

Survé’s actual response to this critique, word for word: “With regards to Mr Rampedi — it was a feel-good story. Cut him some slack.”

The idea that the Press Code gets merrily tossed out the window when an upbeat story falls into a journalist’s lap is, again, a stinking pile of manure.

(Alas, Independent Newspapers a long time ago said goodbye to the SA Press Council, and with it, the Press Code of Ethics too — Ed.)

There’s also the small matter that the Pretoria News printed on its front page an appeal to readers to donate money to Gosiame Sithole and the decuplets. Survé would not be drawn on what became of this money, because he said it was demeaning to Sithole.

Even by the hallucinogenic standards of this unfolding acid trip, that part was a bit much. At the risk of stating the bleeding obvious, it was Rampedi and Survé who shoved Sithole into the public spotlight, told the entire world that she had ejected 10 live babies from either her vagina or her abdomen — at this point it’s not clear that either Survé or Rampedi know the difference between those two body parts — and now accuse everyone else of having subjected Sithole to unnecessary “stress”.

It’s difficult to write about this calmly, because it’s… insane.

But you know what is even crazier? That the owner of the largest newspaper group in South Africa would choose to launch an extraordinarily vicious attack on doctors at what we can only hope is the tail end of a pandemic. After almost two years in which hundreds of thousands of South Africans have died, where what has kept many more hundreds of thousands alive is the tireless slog of healthcare professionals literally risking their lives daily — wouldn’t it be just borderline psychotic for a media mogul to sit at a press conference and declare war on government hospitals?

Yet that, dear readers, is where we are at. I forget if all this was foreseen in the Book of Revelation. If not, somebody might want to add it in now. After today’s performance by Survé & Co, one does hope there’s Hell too. DM