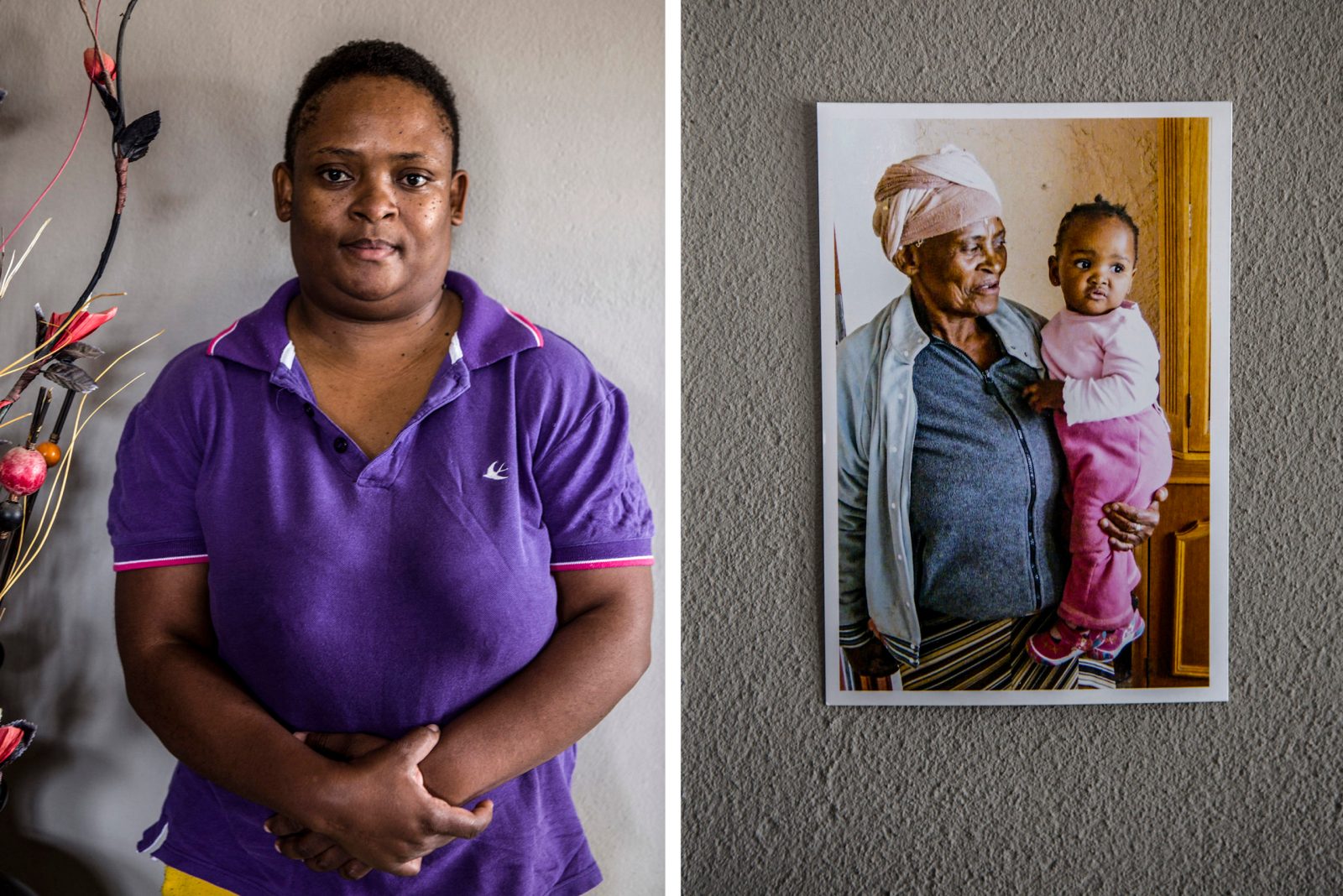 Maverick Citizen is running a series of weekly portraits of those who died and the stories of the loved ones left behind. Harriet Perlman, Darnell Nxumalo and photographer Mark Lewis, have been interviewing families as part of an ongoing memorial and advocacy website.

The inquest is often mired in legal debate and technical mishaps. It can be easy to forget that it is people who are at the heart of this horrific human tragedy. Their lives and stories matter. The inquest is primarily about their pain, struggle for answers and ongoing fight for justice.

Matlakala Elizabeth Motsoahae loved being a grandmother. She loved all her grandchildren but she had a special spot for Lwazi, her daughter Maud’s young daughter. “Most days when I was at work she came here to play with her.”

But soon after Maud’s father died in 2012, Matlakala developed Alzheimer’s. Two years later, she was admitted to Life Esidimeni Randfontein.

“I visited her often,” says Maud. “She was in good spirits there and well taken care of.”

But in October 2015 a nurse told Maud that Life Esidimeni was closing. “So we waited for them to tell us what was going to happen. They never did. They just moved my mother but no one could tell me where she was.”

Maud spent a month looking for her mother.

She finally found her at Precious Angels.

“But when I saw her she was in a terrible condition. She couldn’t even sit up on her own. Something was very wrong,” Maud recalls.

The day after visiting her mother, Maud got a call. Her mother had been admitted to Kalafong Hospital for diarrhoea and vomiting. Later a doctor at the hospital told her that her mother was very ill.

Two weeks later her mother died. The cause of death is listed on the death certificate as “natural causes”.

“After my mother died I was lost. I sat in a corner and cried for months and months. One day I was listening to the radio and I heard there was a protest march in town. Families whose loved ones had died were marching. I got up and drove straight there to join them.

“Since that day, I no longer felt I had to fight alone.” DM/MC