Leading political parties have omitted ECD from their manifestos, so where are the promises to our children? 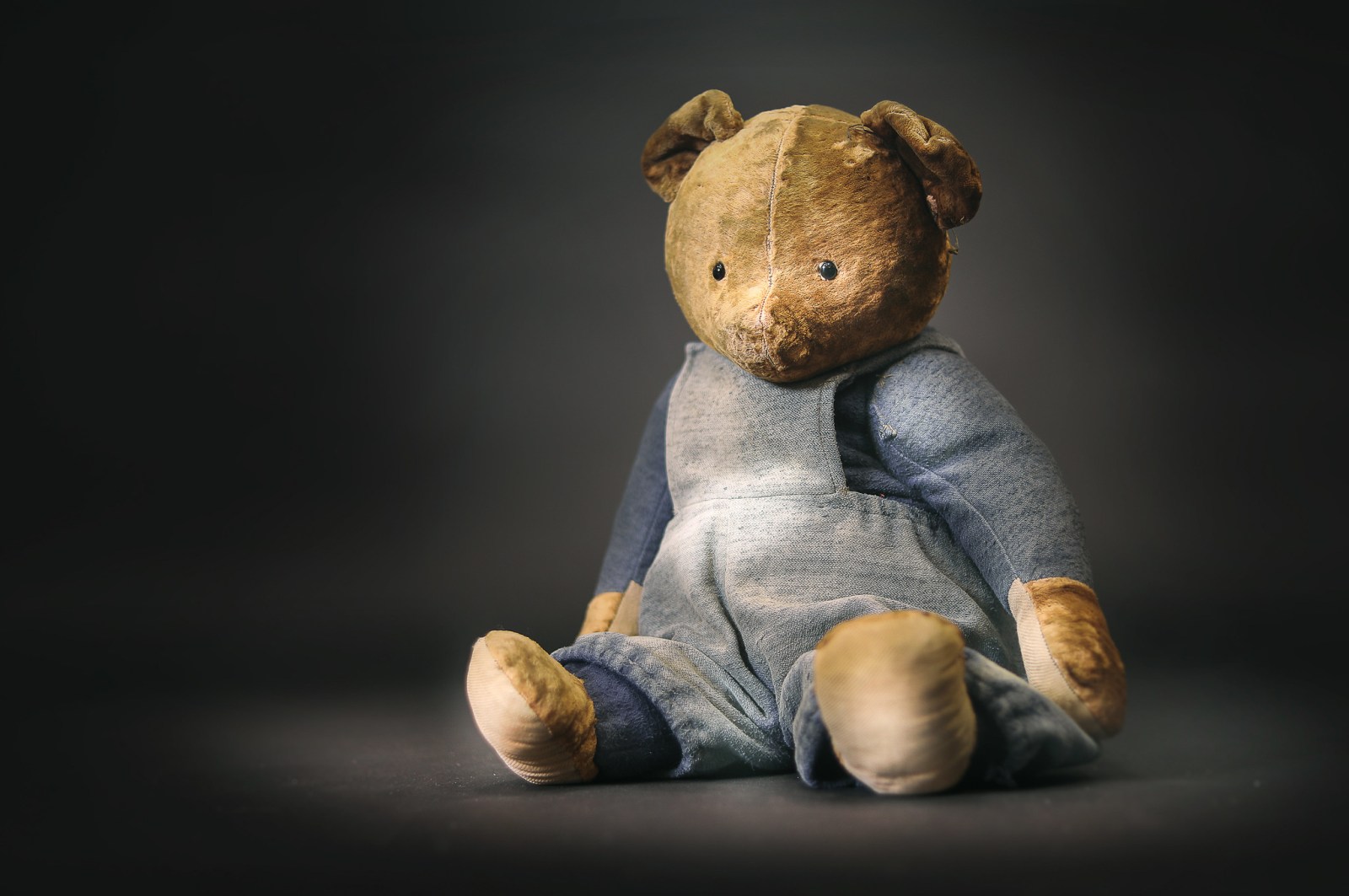 The needs of small children are being ignored in campaigning for Monday’s municipal elections, say the authors. Yet municipal councillors have a major role to play. (Photo: “Old toy” by svklimkin, licensed under CC BY-SA 2.0)

Local governments have the means to disrupt the bureaucracy that suffocates crèches and prices many out of the market.

Local government elections are almost upon us. Election slogans and manifestos have been drafted and in homes and on streets across the country, voters are considering which promises they can trust. But for the youngest in the country, few election promises are ever made at all.

The silence on early childhood development (ECD) in the manifestos of all major political parties shows that the needs of our children are going unheard. ECD practitioners, teachers, childminders, cooks, gardeners and principals, and most importantly our youngest children, bear the brunt of the political ignorance or indifference. Their stories matter.

Margaret Xhanyiwe Mathe opened her ECD centre, Grow Victory Educare, in a converted garage joined to her RDP house in Kraaifontein, near Cape Town, in 2007. Since then, the number of children she cares for has increased every year. She has continued to develop her centre in consultation with health inspectors, who visit her quarterly. Mathe has made significant efforts to ensure that her programme runs safely, by adding a window for increased ventilation and another door as a fire escape. She has also made changes to her ceiling and feels she has “complied with everything they wanted” in ensuring her space was safe for young children. However, when her certificate expired after five years and she re-applied for registration, Mathe was unable to re-register.

“Now they are saying that I can’t get registered because of zoning. Zoning has a lot of protocols we should follow. They are saying the problem is that I don’t have parking outside,” Mathe explains. “I have told them that the children who attend the centre don’t take transport because they live nearby and the parents walk to drop their kids, but I still can’t get registered.”

Mathe has been struggling to keep Victory Educare running. Before Covid struck, 58 children attended her centre, and the fees of R450 per child covered the running costs, food and salaries for herself and four teachers. Now, some parents can’t afford to pay fees because they have lost their jobs, and at the same time, she says, the local government is requiring her to develop parking bays. These, Mathe says, are not needed because “the children who attend the Centre don’t take transport because they live nearby and the parents walk to drop their kids”.

“I don’t have enough money now to pay three of my staff so it’s only one teacher and myself. I cook, clean, change nappies and wash dishes.” The consequence of inappropriate bylaws is loss of jobs, reduced quality of care for children, and increasing work for the women and men who care for and educate the children in this country.

Registration is too difficult

Local government can play a critical role in enabling or hampering care and education opportunities for young children. Registering as a crèche, Educare or pre-school requires complying with all the municipal structural, health and safety requirements. Registration also enables access to the much-needed per-child per-day subsidy, which helps to sustain many ECD programmes. However, getting registered is difficult, and requires the submission of approved building plans. These building plans are typically drawn up by architects and are costly.

Those operating ECD centres in the suburbs often already have building plans filed with the city before building starts. But in informal and rural areas this is not the case.

Ilifa Labantwana spoke to the principal of an ECD centre in Midrand in Gauteng, who said her biggest barrier to registration was building plans required by the town planning department. “They are so expensive. I have redone the plans twice,” she says. “But they say they are not up to scratch. I have paid R3,000 twice for the plans, but still they are not satisfied.”

These hurdles can be insurmountable for small Educares, and alternatives such as simple hand-drawn floor and site plans would go a long way to serving the needs of both local government and the communities that they represent.

Requirements for “consent use”at the local level are an additional obstacle. An ECD site is considered a business and so if it falls within a residential area local governments typically require it to be rezoned.

Lizo Tom, who founded the Livuyo Centre for Childhood Development and Care in Mamelodi has been struggling to register his centre since 2018. Tom is leasing the premises that the Luvuyo Centre is run from and has been barred from registration until the property is re-zoned. The consent use that is required is a problem because it is expensive to rezone the premises to business.

“It will cost over R40,000 and as an ECD we cannot afford that,” Tom says. “It is also a very tedious process and they ask a lot from us.”

Municipalities that take seriously the challenges that Tom and many others face can waive zoning and title deed requirements that make registration impossible, and instead can implement simplified and affordable land use options (such as neighbourhood consent) that can be quickly resolved.

Another principal from Ekurhuleni, Gauteng, interviewed by Labantwana managed to pass the hurdle of zoning only to be slapped with a significant bill for roads, stormwater and water and sanitation.

“They want me to pay R37,082 for roads and stormwater, as well as R4,320 for water and sanitation. I can’t understand why it is so high and even why I need to comply with these conditions. One guy said I need to pay a little donation because I am using the road and it needs maintenance, but I explained that the children mostly walk to school. I am struggling as it is, so I don’t know where I’m going to get over R40,000 from”.

Crèches pay higher water and electricity rates than private households. Yet they serve the public good and are typically micro-enterprises. Surely these additional fees should be waived?

Bureaucracy is suffocating these initiatives and there are easy solutions for local government to pioneer. Most of the suggestions described above are supported by the National Department of Social Development’s Vangasali programme, but proper implementation still requires local government support.

There are signs that change is possible. To get the buy-in required, the ECD sector is trying to educate prospective councillors to ensure the prioritisation of early childhood development in their upcoming term in office. A broad alliance, Real Reform for ECD, recently launched a “Make Local Government Work for ECD” campaign calling on prospective councillors to remove the red tape and to put in practices that actually support and expand access to early learning opportunities.

In community halls and ECD centres, ECD practitioners are mobilising and organising meetings with prospective councillors, many of whom are unfamiliar with the challenges they face. Colleen Daniels-Horswell in the Western Cape recently attended a “meet and greet” of eight political parties. She explains: “I had to start from the beginning with most of the political parties and educate them about ECD.”

In Ngqushwa Local Municipality in the Eastern Cape, Mziwamadoda Badi of Ubunye Foundation, and several ECD principals met with candidates. He says the candidates committed to developing an ECD Policy for their area.

In Cape Town, Yumna Allie, chair of the Grassy Park ECD Forum, and forum members met candidates who committed to setting up a committee to streamline the ECD registration process.

In Orange Farm, Gauteng, 161 people came to a meeting organised by Lerato Duma and Nozizwe Magagula from Real Reform with eight of the candidates running for election in attendance. The candidates at that meeting agreed to host an ECD indaba after the elections to discuss solutions to the issues faced.

These efforts demonstrate a remarkable collective effort to improve the development of the youngest members of society. We now need the political parties and candidates to realise that the children they meet on the election trail are our future and that as councillors, their new administration can make a real difference. DM

Kayin Scholtz is the Co-impact Expansion Planning Lead with Ilifa Labantwana. Tess Peacock is the founder and Director of the Equality Collective. Both sit on the Real Reform for ECD Steering Committee.