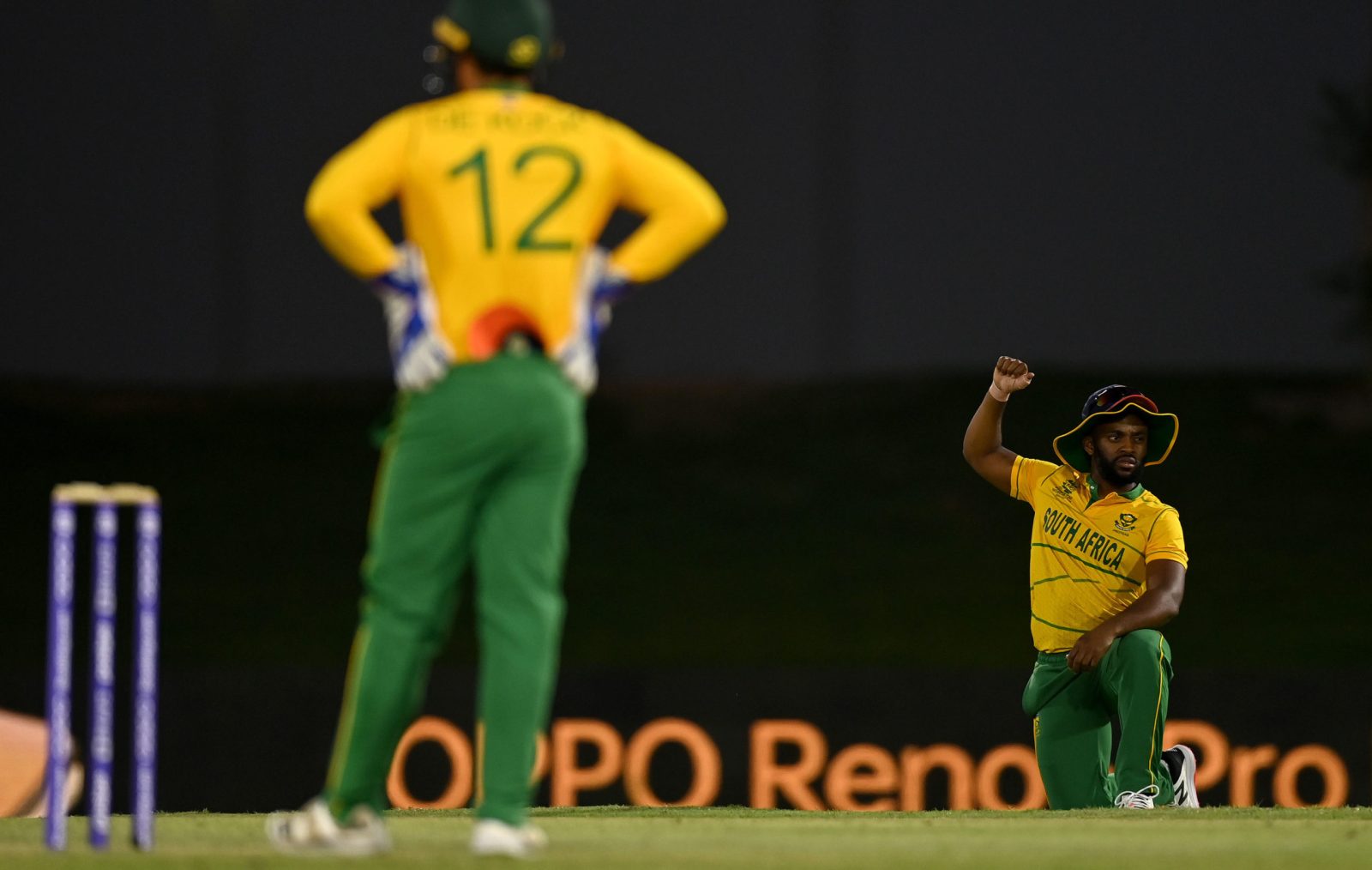 Quinton de Kock has said he has ‘no problem’ taking the knee, but refused to do so on Tuesday because Cricket South Africa issued a directive forcing players to do it.

After 48 hours of silence, Proteas wicketkeeper and leading batter Quinton de Kock has apologised for withdrawing from the team after refusing to heed a Cricket South Africa (CSA) directive to “take a knee”.

Hours before the start of the Proteas’ second T20 World Cup match against the West Indies in Dubai on Tuesday, CSA issued a directive to the team that they all had to take a knee as an anti-racism gesture.

The timing of the directive was surprising considering the squad had been through months of “culture camps” and other discourses on the matter without a blanket policy being formulated.

That De Kock reacted poorly, especially towards his teammates and skipper Temba Bavuma in particular, leaving the captain to try to explain the situation, is not in doubt.

That CSA handled the situation like a fielder wearing oven mitts is also not in question. The upshot was a worldwide furore that left De Kock painted as a racist in some quarters. It’s a claim he strongly denied in a statement to explain his actions.

“I felt like my rights were taken away when I was told what we had to do in the way that we were told,” De Kock said in the statement released on Thursday.

“Since our chat with the board last night, which was very emotional, I think we all have a better understanding of their intentions as well. I wish this had happened sooner, because what happened on match day could have been avoided.”

In the immediate aftermath of the issue on Tuesday, Bavuma appeared to be the only adult in the room as he eloquently and with great empathy explained his and the team’s view on the matter.

“As much as we are a team, we wear the same shirt, we play for the same badge, outside of that we still live our own lives and those lives are different by the very nature that we live in South Africa,” Bavuma said after South Africa’s eight-wicket win over the West Indies.

“Over the last while I have learnt to appreciate that a lot more, try to widen your own perspective as an individual and not expect people to see things the way you see things. My beliefs, the way that I see things, is shaped by my own background, and so is the other person’s.

“If there is a disagreement in terms of beliefs, in terms of views, that’s why we have those hard conversations. Through those conversations we will be able to get the comfort to accept the other person’s decision. I can’t force anyone to see things the way I do, neither can they force me to.”

De Kock, who has spent the past two days mulling his decision and talking to his teammates, apologised.

“I would like to start by saying sorry to my teammates, and the fans back home. I never ever wanted to make this a Quinton issue,” De Kock’s statement said.

“I understand the importance of standing against racism, and I also understand the responsibility of us as players to set an example. If me taking a knee helps to educate others, and makes the lives of others better, I am more than happy to do so.

“I did not, in any way, mean to disrespect anyone by not playing against West Indies, especially the West Indian team themselves. Maybe some people don’t understand that we were just hit with this on Tuesday morning, on the way to a game.

“I am deeply sorry for all the hurt, confusion and anger that I have caused. I was quiet on this very important issue until now. But I feel I have to explain myself a little bit.

“For those who don’t know, I come from a mixed-race family. My half-sisters are coloured and my stepmom is black. For me, black lives have mattered since I was born. Not just because there was an international movement.

“The rights and equality of all people are more important than any individual. I was raised to understand that we all have rights, and they are important.

“I know I have an example to set. We were previously told we had the choice to do what we felt we wanted to do. I chose to keep my thoughts to myself, and thought of the pride of playing for my family and my country.

“I didn’t understand why I had to prove it with a gesture, when I live and learn and love people from all walks of life every day. When you are told what to do, with no discussion, I felt like it takes away the meaning. If I was racist, I could easily have taken the knee and lied, which is wrong and doesn’t build a better society.

“Those who have grown up with me and played with me, know what type of person I am. I’ve been called a lot of things as a cricketer. Doff. Stupid. Selfish. Immature. But those didn’t hurt. Being called a racist because of a misunderstanding hurts me deeply.

“I am not a racist. In my heart of hearts, I know that. And I think those who know me know that. I know I’m not great with words, but I’ve tried my best to explain how truly sorry I am for making like this is about me.

“I won’t lie, I was shocked that we were told on the way to an important match that there was an instruction that we had to follow, with a perceived ‘or else’. I don’t think I was the only one.

“We had camps. We had sessions. We had Zoom meetings. We know where we all stand. And that is together. I love every one of my teammates, and I love nothing more than playing cricket for South Africa.

“I think it would have been better for everyone concerned if we had sorted this out before the tournament started. Then we could have focused on our job, to win cricket matches for our country.

“There always seems to be a drama when we go to World Cups. That isn’t fair. I just want to thank my teammates for their support, especially my captain, Temba. People might not recognise, but he is a flipping amazing leader.

“If he and the team, and South Africa, will have me, I would love nothing more than to play cricket for my country again.”

CSA said on Thursday it regretted the timing of the directive.

“Cricket South Africa welcomes all of these developments. They confirm Cricket South Africa’s commitment to non-racism. Taking a united stance against racism is a moral issue, not a political issue. The CSA Board regrets that the timing of its directive earlier this week may have been unsettling for the players in the lead-up to the match against the West Indies.” DM