Truck driver protests are symptoms of a wider malaise i... 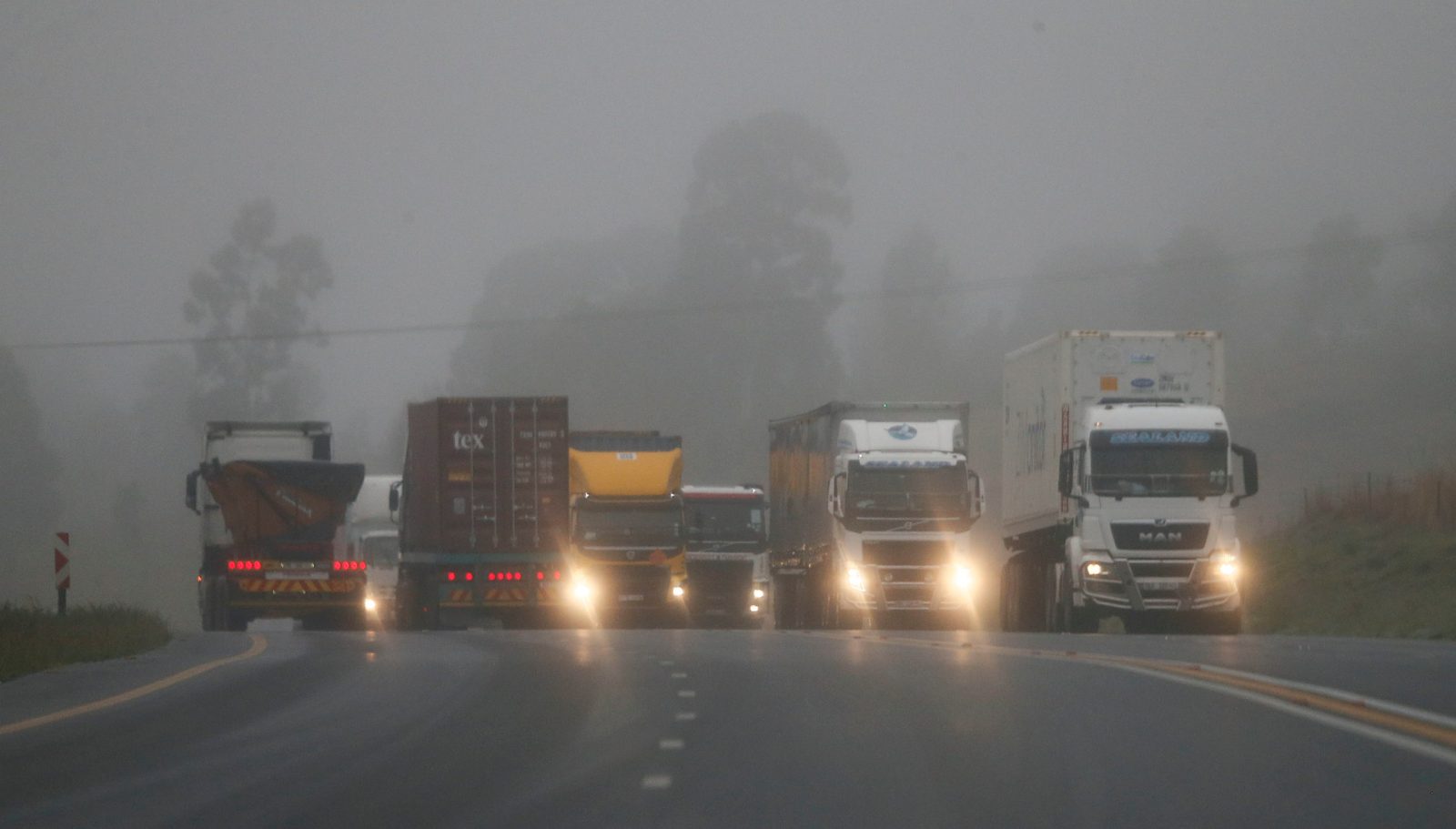 The N3 highway was reopened on Wednesday, 27 October 2021 after truck drivers had protested over the employment of foreign drivers. Traffic was badly disrupted the previous day. (Photo: Felix Dlangamandla / Daily Maverick)

The now almost quarterly protests by South African truck drivers demanding that foreign nationals leave the industry have boiled over once again.

On Monday, South African truck drivers embarked on a nationwide protest, blocking major highways such as the N3 connecting Durban to Gauteng, the N10 near Middelburg, and disrupted traffic to the port in Gqeberha, Eastern Cape, in a bid to force the government into a discussion on how to somehow rid the industry of foreign truck drivers.

Roads had reopened at the time of writing, but the protests look set to occur again and again.

But this is not a one-trick horse-and-trailer problem, and it is unlikely the ministers will solve the issue. The core reason for their defusing the protest action has to do with Monday’s election.

The perceived problems with the haulage industry — as explained by local drivers to Daily Maverick — are not a case of simply kicking out the foreign drivers, replacing them with local drivers and thereby transmogrifying the industry into one of good tread and happy journeys.

Instead, the resentment by local drivers and the increase in foreign drivers are multi-faceted — as are all things, particularly in South Africa.

Contributing factors include the collapse or weak economies of neighbouring states, a corrupt home affairs department, inefficiencies at South Africa’s ports, the country’s dire economic and unemployment situation, a highly competitive truck-freighting industry, and market forces beyond the control of our borders.

Neighbouring states such as Lesotho, Swaziland, Mozambique, Zimbabwe — as far as Angola — are deemed prescribed territories, meaning any driver’s licence obtained there for any class of vehicle, such as heavy duty, is valid in South Africa without the need to be converted or for an international driver’s licence. All a driver needs is a valid work permit and a passport or asylum papers.

With most of these neighbouring states experiencing poor economic outlooks, their citizens seek work in South Africa.

To stop this would require diplomatic gymnastics at the level of the Southern African Development Community.

It is also common knowledge that our borders are porous and that our Department of Home Affairs is marinated in corruption.

The deficiencies in our passport and permit regimes have been exposed several times, with one of the more notable being that of the British-born “White Widow”, Samantha Lewthwaite, and how she, an Al-Qaeda and Al-Shabaab affiliate, fraudulently obtained South African travel documents in the mid-2000s.

This is not to say all foreign-born truck drivers obtained their residency papers illegally, but it feeds into the perception often voiced by local drivers that they have.

On the home front, we are also dealing with self-inflicted wounds.  The South African economy is, according to economists, deindustrialising and shrinking, and unemployment sits above 34%.

South African ports are also rated among the worst-performing in the world, according to a May 2021 World Bank report that measures efficiency.

Delays at the Durban port are not uncommon. Central and South Durban residents will attest to regular road blockages around the port due to the slow turnaround times at the country’s busiest port, sometimes taking days.

As one freight forwarder told Daily Maverick: “You expect to pick up a container in the morning and deliver it later that day, but the delays in collecting the container from the port push up the costs. An idle truck costs money and drivers expect additional pay when driving at night.”

The forwarder said that added to the port inefficiencies, forwarders must compete against operators who vastly undercut prices to move containers. These operators cut the costs by reducing input costs such as drivers’ wages, and maintenance. The drivers who take these jobs are often foreigners.

“Foreign drivers do not generally provide hassles to truck owners, especially over hours behind the wheel. They are also less likely to partake in criminal activity like our local drivers,” said the forwarder.

Last week Anton Cornelissen, head of Santam’s heavy haulage insurance division, said in a blog published on the website BizCommunity that since the mass torching of trucks on the N3 at Mooi River in 2018, the trucking industry has faced numerous challenges that have threatened not only the sustainability of the sector, but to some extent, the stability of the African economy.

“The past 18 months have not been any easier for the sector. The continuance of sporadic torching of trucks and attacks on truck drivers, service delivery protests and looting, the lockdown and various restrictions associated with the Covid 19 pandemic have further crippled the industry,” said Cornelissen.

The cost of trucking has been further compounded recently by a sharp rise in shipping costs.

The Organisation for Economic Cooperation and Development said earlier this month that the increases in the shipping of containerised goods had contributed to an increase in global inflation.

The cost of moving containers has risen due to various factors, such as country shutdowns, the blocking of the Suez Canal and bottlenecks at ports across the world.

With this sudden rise in costs, owners are once again looking at methods to cut costs, with drivers’ salaries an obvious target.

The Free Market Foundation said at the start of October that the best way of reducing input costs on the transport industry and encouraging easier trade with the rest of Africa would be for the government to remove the red tape and reduce import tariffs.

It is clear that the trucking protests are merely a symptom of a much wider problem that will require “real leadership”.

The stakes are high.

As one truck salesman told Daily Maverick: “Everything you see, buy or use has been moved by trucks. The trucking business drives the South African economy, quite literally.” DM