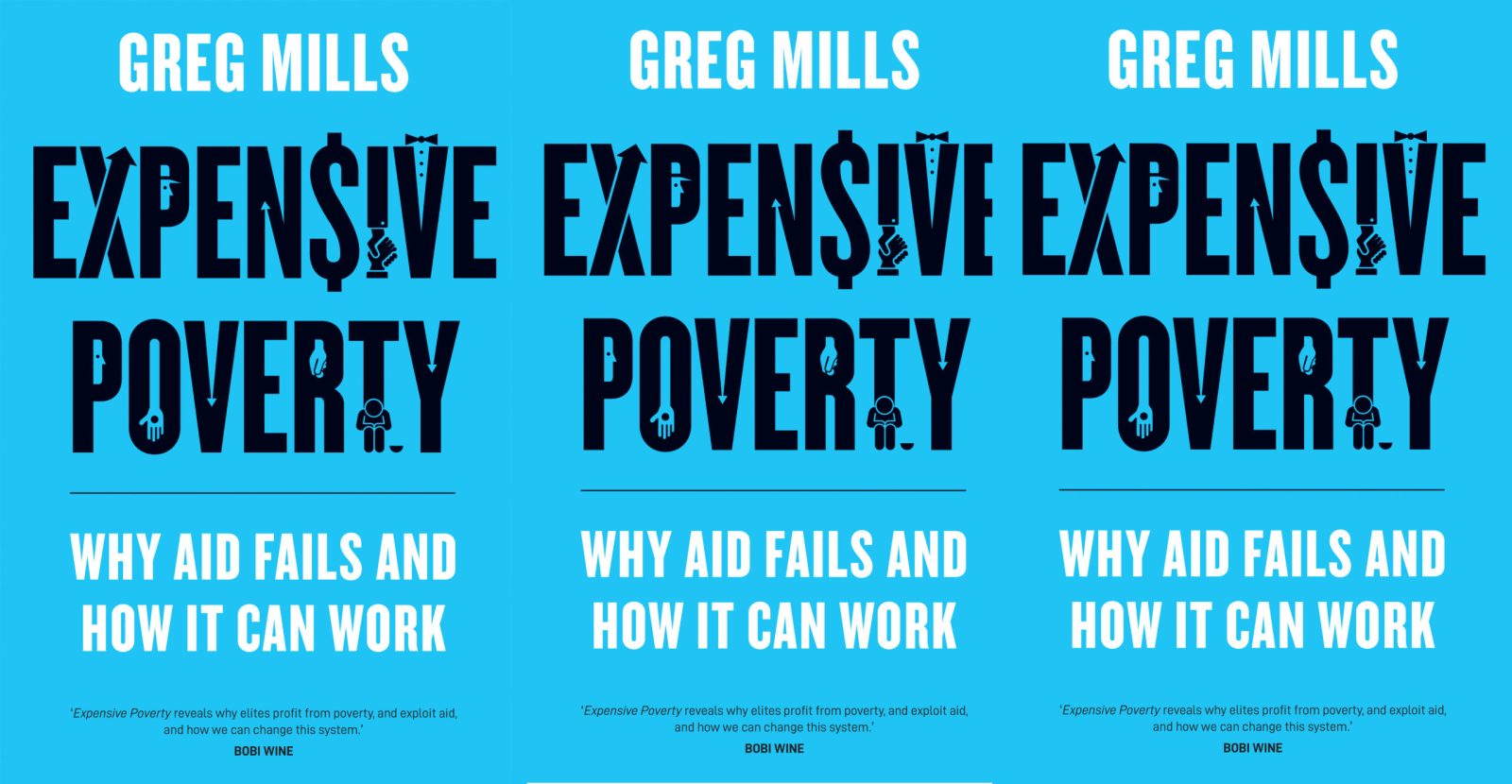 Expensive Poverty: Why Aid Fails and How It Can Work by Greg Mills is a timely and thoughtful book about an important issue.

Greg Mills’ ultimate conclusion is that aid can be a force for good, but it needs to be targeted in a way that enhances the private sector while meeting the aspirations of the people it intends to uplift. Mills backs up his thesis with lots of data – he has done his homework, including plenty of on-the-ground reporting. The fact is that Africa remains the world’s poorest continent despite – some critics would say because of – being flooded with a tsunami of aid cash.

“No country ever developed through aid – or at least through aid alone. That is the principal lesson of over $1-trillion in donor spending in Africa over the past 30 years,” Mills writes.

Indeed, in 2020, the poverty rate in sub-Saharan Africa was 40% and the region was home to 27 of the world’s poorest 28 countries. These are finishes on all of the wrong podiums. Yet aid remains important to Africa, not least because of its persistent failure to attract significant amounts of foreign direct investment (FDI). Mills notes that in 2018, the region only attracted 3.5% of the global $1.3-trillion that year. This suggests that the challenge lies in how the capital that does flow to Africa is channelled.

“[A]id per se is not the problem with African development… There is a need to understand the underlying conditions of development success: the right policies for growth, investment and stability,” Mills says.

Many of the criticisms of aid are well known, including how it has become an industry unto itself, with luxury SUVs parked outside the best bars in African cities. There have also been Instagram’s “white saviour Barbie” images that mock “voluntourism”. And there are the celebrity campaigns for more aid to Africa from the likes of Bono.

Mills looks at how aid has been applied elsewhere – in epic failures such as Afghanistan, but also in Central America and in Europe in the aftermath of World War 2 when it was the target of US Marshall Plan funding.

Africa’s litany of aid failures include the Millennium Villages Project (MVP), such as the one launched in Mwandama in Malawi, the site of a targeted micro-prototype that was supposed to prove Jeffrey Sachs’s contention that if a smaller unit was provided with enough resources, the inhabitants would prosper.

Each of Mwandama’s 35,000 inhabitants got $110 a year from 2005 to 2016, but only $10 was given directly to each villager. The rest went to the village’s credit manager and the government. Additional inputs such as seeds and fertiliser were also provided. The result was a doubling in crop yields: success!

“The end of the funding in 2016 came as a shock,” Mills writes. “And that was followed by collapse. Yields fell by half as the government was unable to step into the funding space vacated by the donors.”

Another issue with aid is that affluent governments continue to shower it on countries run by despotic governments. This is typically justified on humanitarian grounds, but money is money and money that flows to such states will still help to prop up the ruling party, which will have figured out how to game the system and feed off it. And if it is spent on butter, it enables the Mugabes and Musevenis to spend money on guns.

Mills points out that a lot of aid has been thrown at African governments regardless of their human rights records. Indeed some, such as the Rwanda regime of Paul Kagame, have been treated like rock stars by the aid community, even while Rwandan dissidents get whacked in upmarket Joburg hotels.

Yet Mills cites – several times – former Nigerian president Olusegun Obasanjo, whom the book is dedicated to, as a kind of elder African statesperson offering sage advice.

Obasanjo is the chair of the Oppenheimers’ Brenthurst Foundation, and Mills is its director.

The foundation does good work on economic and peace and security issues, but its association with Obasanjo is in some ways puzzling. This reviewer covered the 2003 Nigerian elections for Reuters when Obasanjo was returned to power. Those elections were, frankly, a shambolic joke: my colleagues and I were threatened by gunmen in the Niger Delta who were clearly working on behalf of Obasanjo’s party.

Human Rights Watch’s (HRW) report on those elections said: “The scale of the violence and intimidation, much of which went unreported, called into question the credibility of these elections.

“In a number of locations, elections simply did not take place as groups of armed thugs linked to political parties and candidates intimidated and threatened voters in order to falsify results.”

That was the case around Port Harcourt where I reported at the time. There was no election there.

“The violence and climate of intimidation facilitated widespread fraud, invalidating the results of the elections in many areas. Nevertheless, the elections were hailed as peaceful by Nigeria’s President Olusegun Obasanjo, who was re-elected,” HRW noted.

I simply note this to point out that Obasanjo’s democratic credentials are suspect to say the least. This reviewer simply cannot take him seriously on issues of governance.

Still, if one can treat Obasanjo’s occasional comments in the narrative with the scepticism they surely deserve, this is an excellent and readable primer on issues around aid and development. DM168