Poll countdown: Surge in number of independent candidates — results out by 4 November 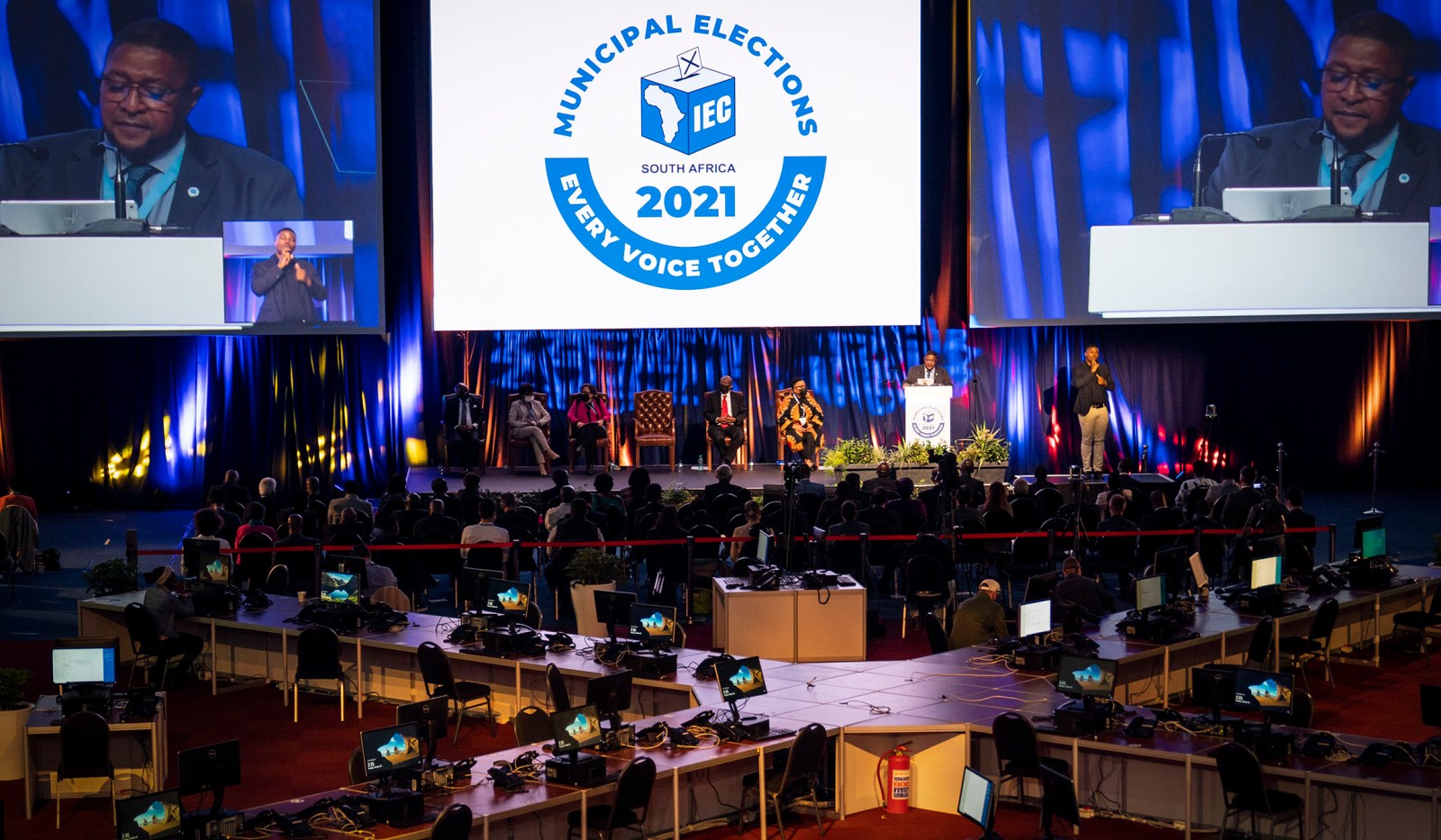 With just less than a week to go before the municipal elections, the Electoral Commission of South Africa has launched its national nerve centre, which it describes as ‘the amphitheatre of election transparency in South Africa’.

The Electoral Commission of South Africa (IEC) officially opened the national Results Operation Centre (ROC) on Tuesday in Tshwane, where results from all elections in the past 27 years have traditionally been announced.

“The ROC is the place where, once every few years, our electoral democracy comes to life before our eyes,” said IEC chairperson Glen Mashinini.

The national and provincial ROC is where political parties, commission staff and the media converge during the collation and finalising of results, which will be visible on big screens and on the IEC’s website.

“Transparency, accountability and ethical conduct are all important values in our work and in these elections… transparency is the main reason the IEC is conducting its business in the open,” said Mashinini.

The commission expects about 700 journalists to be at the national ROC, while another 700 will be at the nine provincial ROCs.

Chief electoral officer Sy Mamabolo said 26.2 million people were eligible to cast their votes on Monday. Gauteng, KwaZulu-Natal and the Eastern Cape have the highest number of registered voters, he said.

Special votes will be cast this weekend while Election Day is on Monday, 1 November.

A total of 95,427 candidates have qualified to contest elections in 4,468 wards across the country. They are broken up into:

Mamabolo said there had been a 42% increase in the number of independent candidates, with 1,546 standing in next week’s poll, compared with 855 in 2016.

Mamabolo said the City of Johannesburg was the most hotly contested municipality, with 56 parties competing for proportional representation seats.

The IEC was not the only body that briefed the media on election readiness. On Monday, during the Justice, Crime Prevention and Security Cluster ministers’ briefing in Tshwane, police minister Bheki Cele said four provinces — KwaZulu-Natal, Gauteng, Western Cape and Eastern Cape — “have been giving us problems” and had been classified as high-risk areas.

At Tuesday’s briefing, the IEC’s Mashinini said election results were scheduled to be released by 4 November. DM