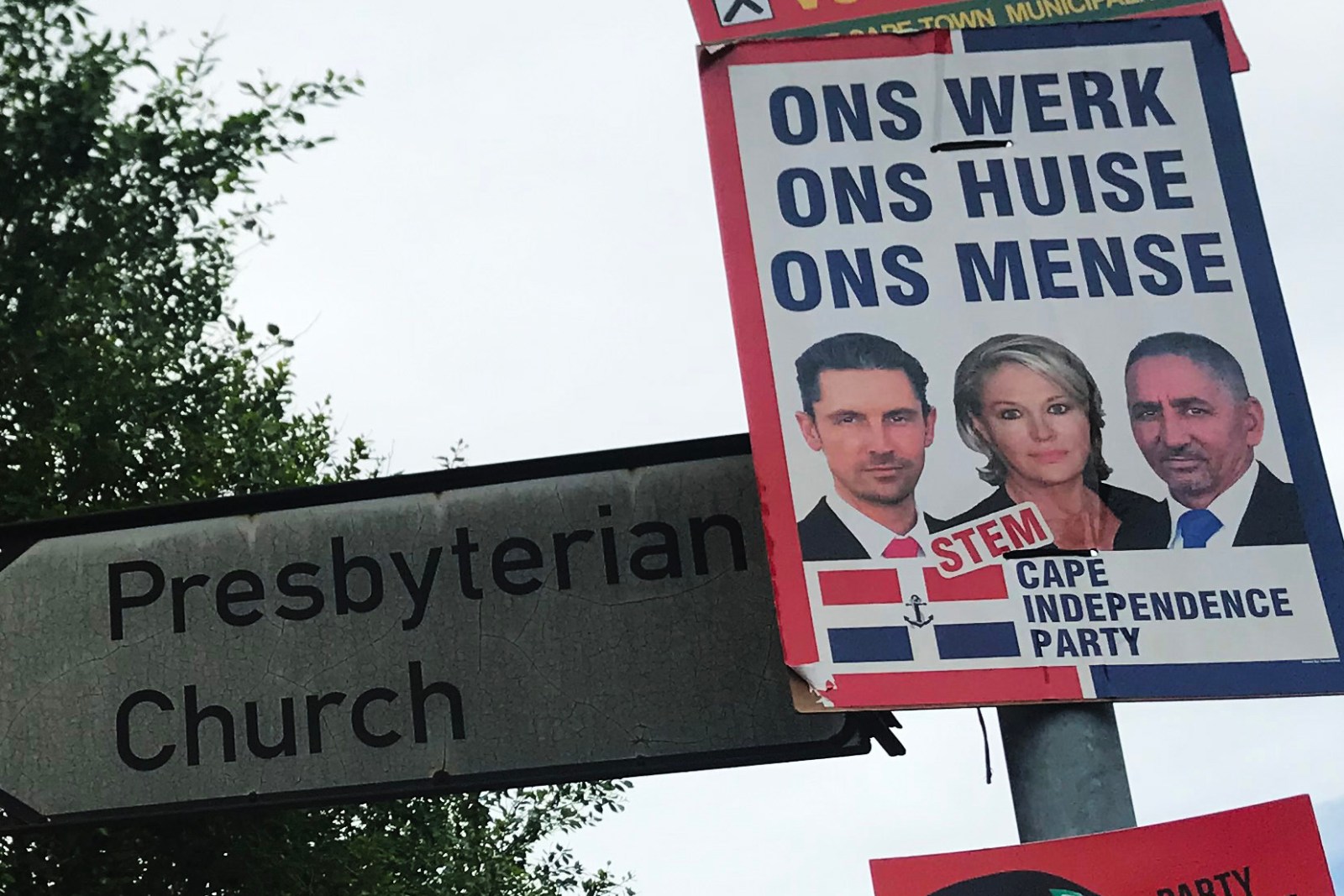 A campaign poster for the Cape Independence Party ahead of the 2021 local government elections. (Photo: Ashraf Hendricks)

The authors argue that specific campaigns smack of ignorance, hypocrisy and veiled racism.

Three dangerous ideas are circulating in campaigns for the local elections, all of them harmful to South Africa’s interests: the anti-vaccination campaign, the anti-immigrant campaign and the Western Cape secession campaign.

Currently, all three campaigns are being driven by marginal parties. Officially, neither of the two major parties support any of this. But there are constituencies in the ANC that are sympathetic to the anti-vaccination and anti-immigrant ideologies, and there are elements in the DA sympathetic to all three.

It’s in all our interests that as many people as possible in the country get vaccinated against Covid. While vaccination is not a guarantee against infection, illness, hospitalisation or death, like a safety belt, it reduces the risk of all of these. But unlike a safety belt, getting vaccinated also protects the people you come into contact with. This is why all adults have a responsibility to get vaccinated.

Also, it’s a campaign that makes no sense for this election. Firstly, no political party that we are aware of has come out in support of mandatory vaccination. Secondly, it’s not a local government issue. Thirdly, political parties have no say on whether organisations like UCT or Discovery Health may institute vaccine mandates; ultimately courts will decide that.

It’s troubling that there are South Africans across race and class who tend to unite on a single prejudice: hatred of foreigners, especially people from other African countries, from Pakistan and from Bangladesh. This campaign is being championed by ActionSA and the Patriotic Alliance.

We have often argued for the benefits of immigration. But anyway that horse has bolted. There are nearly three million immigrants living in South Africa. They are not going anywhere. They are here to stay.

Immigrant communities are becoming better organised and more willing to show their power in response to xenophobia. The children of immigrants will probably organise politically even better and more fiercely than their parents against hatred.

It’s time for everyone to make peace with immigration and find ways to integrate immigrants into South African life.

In terms of some important criteria, Western Cape municipalities are the best-run in the country. But this should not fuel the Cape Exit campaign (which has now been endorsed by the Freedom Front Plus). This campaign is not only strange but extremely dangerous — and veiled racism. It deliberately ignores the strong ties, through family and property, many people in Cape Town have to the Eastern Cape.

The history of breakaway attempts is tragic. Consider the southern US states in 1861, the Yugoslav republics in the 1990s, and Chechnya in 1994.

All three of these awful campaigns are still on the fringe, but they need to be firmly condemned because there is a real danger of them finding mainstream political party support. DM