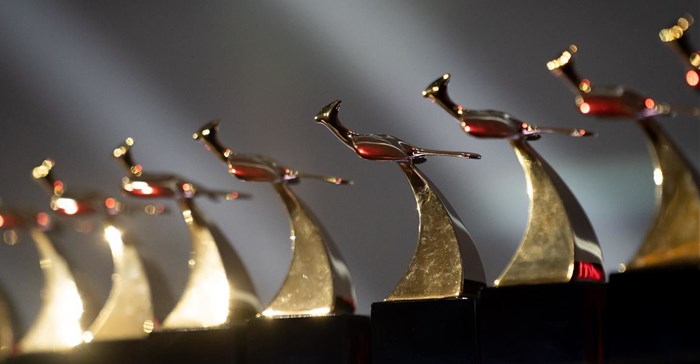 This year’s awards underscored the need for media people to think differently: they not only need to understand tech, but also the value of radical collaboration.

The Loeries hit the Mother City this week, putting creative excellence at the forefront. The event wrapped up early on 23 October with a Zoom-themed afterparty. This was preceded by three days of masterclasses by industry leaders, networking, cinematic screenings of category winners, brand activations, a comedy show and a red carpet ceremony.

First held in 1978 to promote television advertisements, the awards are a highlight on the awards calendar for Africa and the Middle East.

A Loerie is the highest accolade for creativity and innovation across the region, promoting and supporting creativity by helping marketers, agencies and consumers appreciate the value of ideas and fresh thinking.

And yet, the innovation category remains one of the most misunderstood categories, said Dawn Rowlands, CEO of dentsu Africa and one of the judges in the Barron Media Innovation category, which focuses on an innovative approach to any media platform.

Rowlands and Maxwell Ngari, Isobar Kenya’s executive creative director, presented a masterclass titled “Let’s shoot the messenger”, in which they discussed innovation in the media, how to become a world-class “messenger whisperer” and how to kill the media innovation awards category. This was held for industry professionals at the Red & Yellow Creative School of Business in Salt River on 20 October.

As judges in the innovation category, Rowlands and Ngari explained what they were looking for in this field, saying it was a fantastic category to judge but, year after year, entrants misunderstood it.

“The innovation award is a really difficult category to enter because you have to show innovation,” Rowlands explained. “Nowadays, because everything is so connected, context is becoming more and more important. If you want to land a fantastic media innovation category make sure it has a fantastic outcome. From an execution perspective, the work needs to be really fantastic.”

Citing a mixed batch of adverts, including Heinz Ketchup’s humdrum TikTok videos; KFC Colombia’s “Anonymous” hacktivist campaign to turn lockdown hate into love; Ikea’s “shushy” baby sleep playlist (“Schlafmusik”) for Spotify (playing quiet, tailored advertising for parents while baby sleeps); VW’s brilliant “Snelweg Sprookjes” (“Road Tales”) for children, which brings imagination back into the back seat; the Kashmir Blackout to push for India to restore the internet in Kashmir (showing how a small budget can deliver a big impact); as well as how a big budget can deliver a big impact – Oreo’s 2020 Doomsday Vault in Svalbard, Norway, to “bring on the Apocalypse”, even if there was a less than 0.5% chance that an asteroid would hit the Earth.

The Oreo campaign piggybacked on a Nasa report in August last year that there was a tiny chance that a tiny asteroid had a 0.41% chance of entering Earth’s atmosphere in November.

Media people, Ngari said, need to think differently from the past: they need to understand tech and understand how the media works. “Break it [the idea] up, take it apart, get some radical collaboration going. If you want to do this, buddy up with someone smart in the media tech space.”

The following day, the futures strategist John Sanei presented a masterclass about leadership and finding meaning in the Covid-19 reality.

And, on 22 October, Brian and Siba Mtongana discussed “Building an impactful and authentic brand”, in which they unpacked the 10 “ingredients” of the TV chef’s success in turning her passion and personal brand into a renowned international brand, which has gone on to become a Harvard Business School case study.

The Loeries attract hundreds of creative minds from across the continent and the Middle East each year.

The first event was held in Johannesburg, then Sun City until 2004, when it moved to Margate in KwaZulu-Natal, then Durban and finally Cape Town. By 2004, though, the Loeries had become stale and were finally “rescued” by the Association for Communication and Advertising South Africa and the Creative Circle South Africa.

It has grown to be one of the most prestigious creative advertising awards in the southern hemisphere, recognising creative, mould-breaking and impactful advertising.

The pandemic pause of last year forced the festival online, but this year it was back in the Mother City.

Winners from several categories, including digital communication, out-of-home, marketing leadership and innovation, and young creatives were announced on the first day of the awards.

Introduced in 2007, this award recognises individual excellence in brand communication over an extended period for those who demonstrate individual and brand success, both in the market and at the Loeries.

The Loeries also announced its first dual Hall of Fame inductees – Lorraine Smit and Melina McDonald, Darling Films’ two executive producers. Introduced in 2008, the Hall of Fame recognises brand communicators who make outstanding contributions to the growth and wellbeing of the industry.

Smit, originally an agency producer, and McDonald, a production house producer, are business partners and friends.

They have worked on ads such as Nando’s “Dictator”, Coca-Cola’s “Brrrr” and Honda’s “Lights”, which have earned them international recognition. The global coalition of women-owned companies operating in the advertising production industry, ownedbywomen.tv, reports that Smit and McDonald have, over the course of their careers, “dropped a beer truck four storeys into the desert for Budweiser, made it snow in Pretoria, redirected the angle of the rain, in the rain, organised the arrival of Ben Kingsley and William Shatner into South Africa, tracked down a member of the KhoiSan tribe [sic] in JHB International and all without breaking a nail or into a sweat”.

Darling is one of the few female-owned production houses in the country. This formidable duo “negotiated the removal of 300 ostriches off a minefield and choreographed 200 Tibetan monks while shopping for smoke machines on Chinese eBay”.

Their 2018 award-winning #BreakingBallet campaign, with TBWA\Hunt\Lascaris and the Joburg Ballet, comprising a series of eight online stories directed by four Darling directors, won Gold at the Cannes Lions, making Darling the only SA production house with four Cannes Gold winners in one stable, the website reports. DM168