We are all scatterlings of Africa: The music and magic of Johnny Clegg 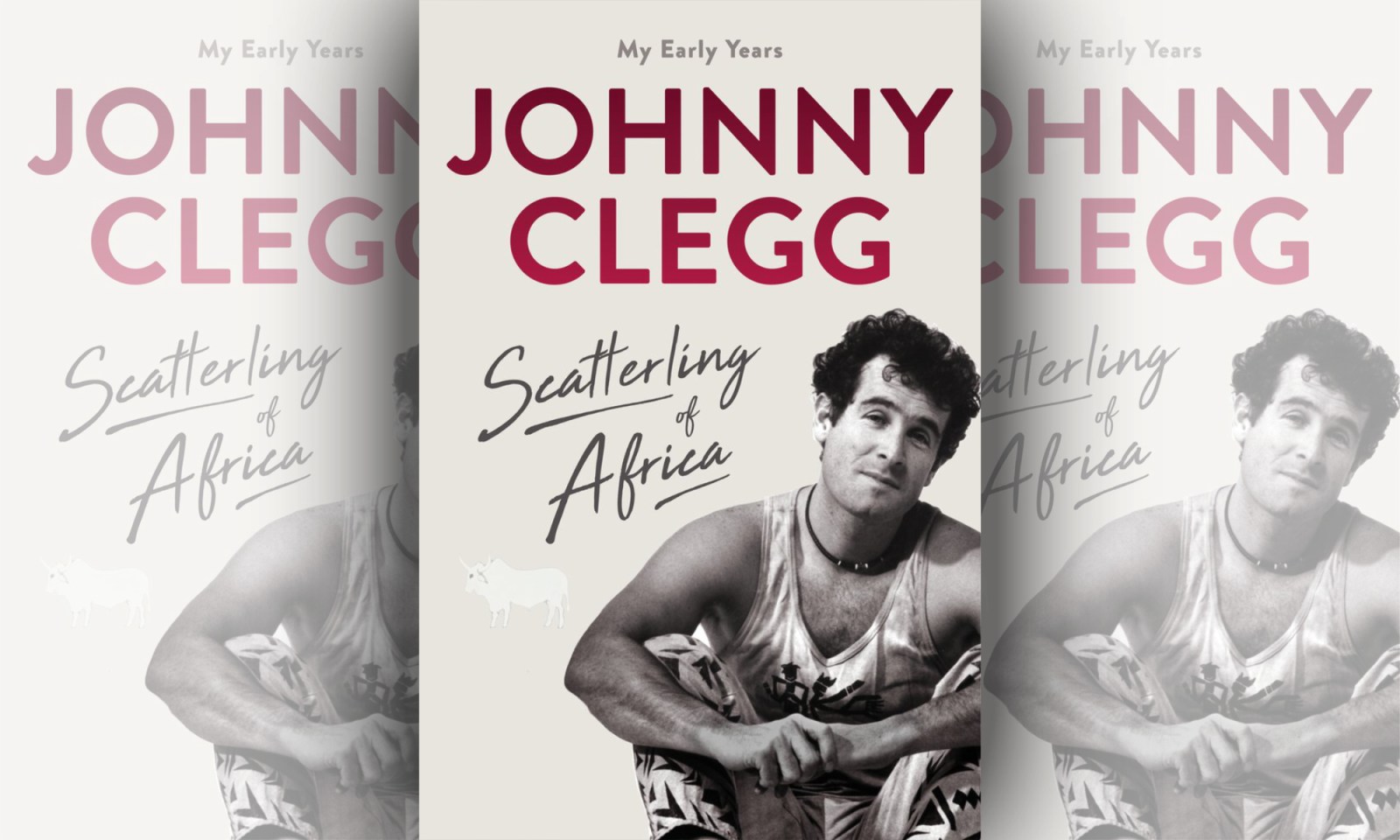 The cover of Scatterling of Africa. (Image: Supplied)

Johnny Clegg’s autobiography is a lyrical book by and about a lyrical man who reminded us that we are all scatterlings of Africa.

Scatterling of Africa is a must-read for any fan of the late Johnny Clegg and the magical music he and his warrior mates made. This reviewer had vaguely heard of Clegg and his bands Juluka and Savuka before arriving in South Africa in 1998. I was immediately drawn to his music, which lit my path to the wider world of African music.

Clegg died of cancer in July 2019 and had not completed this manuscript before his death – the editor, in a note, says it was “an unfinished manuscript”. Yet it captures in poignant fashion Clegg’s early years.

This lively memoir takes readers on a journey through the fascinating life of Clegg, who was born in England and spent his childhood in the racist regimes of South Africa, Rhodesia and then Zambia in its infancy as an independent country. Clegg recalls his time in Zambia as “the happiest period in my pre-teen years” – a country full of promise that had shed its colonial skin.

As a teenager in Johannesburg, Clegg, who was considered Jewish by virtue of his mother’s family, was drawn to the world of the migrant Zulu labourer – and warrior. This was in the late 1960s when apartheid was the law of the land and was hardening its hand. The journey he would embark on, defying the law and social convention, was truly courageous and a testimony to his warrior spirit.

The result would be a lifetime of immersion in Zulu culture, language and music, rooted in a chance teenaged meeting with a street musician named Charlie Mzila, who “was playing a complicated rhythmic picking line” on a guitar outside a Joburg cafe.

Decades later this riveting street style would lead Joe Cocker’s guitarist in France to assume that Clegg had an “effects rack”, which in fact he did not have. It is perhaps no surprise that aside from being a pioneering musician and songwriter Clegg would also become an anthropologist. His was an inquiring and open mind, brimming with curiosity.

My colleague at the Daily Maverick Marianne Thamm has written a thoughtful review of this fine book that focuses on the warrior ethos and the need for men to belong.

I would just briefly add here that intergenerational tensions and a warrior ethos seem ingrained in African cattle cultures. Pastoralists admire warriors while for cultivators, hunters are the heroes. And the Zulu adoration for cattle, and its link to the way of the warrior, play vivid roles in Clegg’s narrative.

“Like young boys, bulls are qhatha’d, that is, they are forced to fight each other,” Clegg writes. A battle between two well-known bulls will provide a great story to tell, and retell, in the aftermath.

He relates an episode when he was sitting with a group of men in the rural Zulu heartland and a bull bellowed as it ambled down a mountainside. One man – presumably the owner – stood up and shouted at the animal to speak up, which it did, bellowing at the commands of the man, who then showered the bull with praise poems.

“… here, I suddenly realised, was a deeper layer of the world of the warrior-herder, one I knew nothing about.”

Clegg’s embrace of Zulu culture, though, had some limits. Take, for example, his discussion of “magical thinking” in Zulu culture.

“Explanations of fortune and misfortune are not simple in traditional Zulu societies and the Zulu have a particularly interesting and complex view on the subject,” Clegg writes. “The first principle is that the natural environment – in fact all environments – is not necessarily benevolent or even neutral. The environment can be infiltrated by malevolent people who use the environment for nefarious purposes.”

Still, while the young Clegg – as a member of a team taking part in Zulu dance competitions – would join in rituals to repel the magic cast by competitors, this is a river he never completely crossed. His views on the matter are that of an anthropologist or historian.

“Do I believe in the objective efficacy of magic? No,” is his emphatic answer. But he goes on to say that “… I believe that believing it does cause a change in my subjective reality and lets me cope with difficult and dangerous challenges.”

This underscores the complexity of a man who lived in more than one world.

And while warriors and cattle figure in much of the narrative, Clegg’s adolescent foray into the world of Zulu music, dancing and society would probably not have been possible without the approval of his open-minded mother, Muriel, a cabaret jazz singer whom he describes as “unconventional”. Then there was his Yiddish-speaking maternal grandmother, Becky, “a hard-bitten peasant with a wily peasant’s outlook on the world”. Women play a huge influence in the life of boys who grow up mostly without fathers.

Ultimately, this is a lyrical book about and by a lyrical man who reminded us that we are all “scatterlings of Africa”. Africa is the cradle of humankind and all of us trace our roots to the continent where Homo sapiens evolved. This is why he sang of the “Ancient bones from Olduvai/ Echoes of the very first cry:/ “Who made me here and why?”/ Beneath the copper sun.” DM/ML

‘Lost on the Map’ — A memoir of colonial illusions