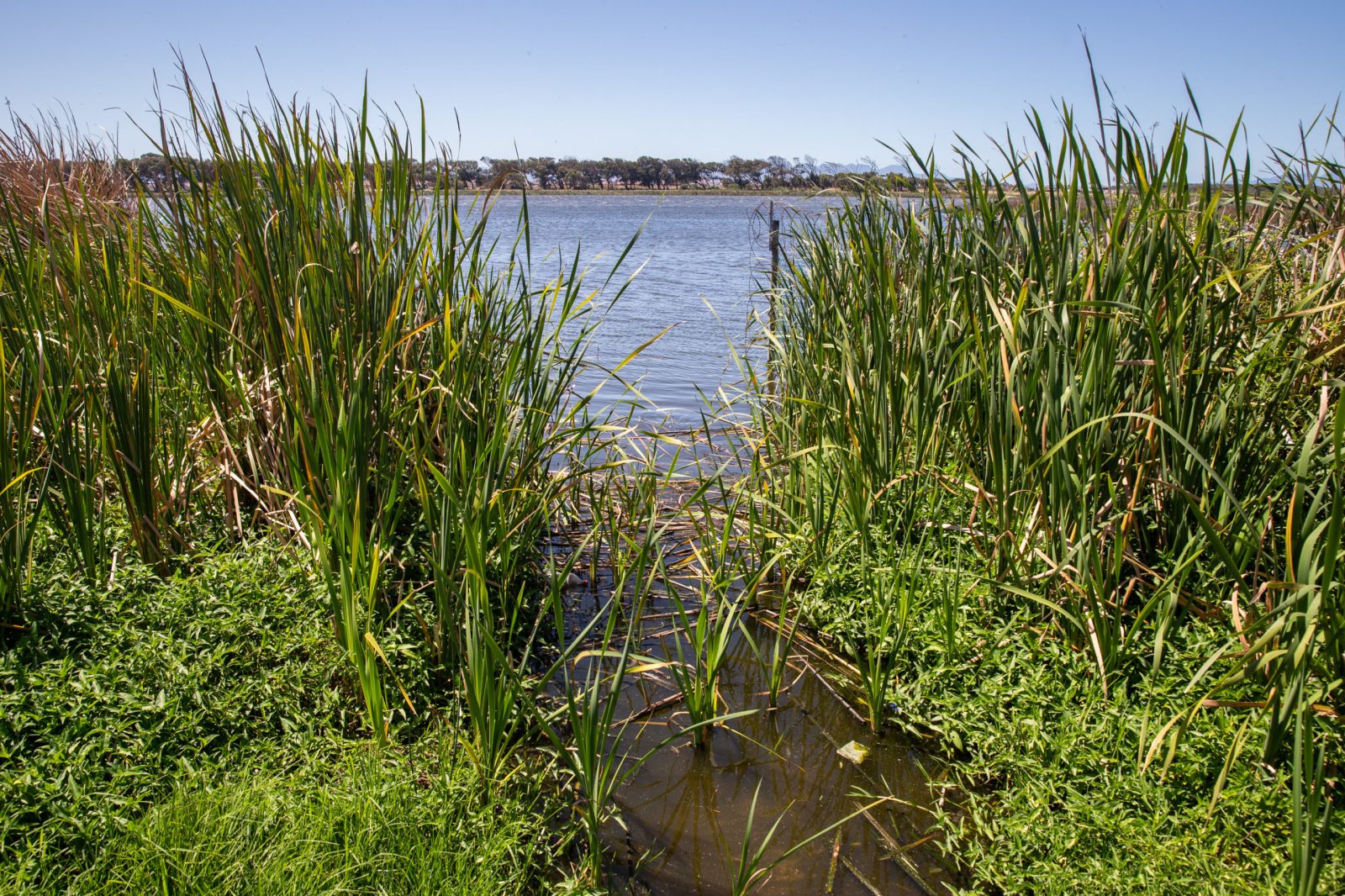 Zeekoevlei in Cape Town has a problem with invasive hyacinth. Keeping invasive plants out of sensitive environments is extremely difficult. A research unit that uses insects to control unwanted plants has closed down because of delays in government funding. (Photo: Ashraf Hendricks)

Biocontrol is regarded as an environmentally friendly method of containing alien flora species and has been described as ‘having huge benefits for South Africa.

Several research units that specialise in the control of invasive species using insects have stopped getting funding from the Department of Forestry, Fisheries and the Environment (DFFE). One unit has already closed down and others are at risk.

Their contracts came to an end and the new tender has been delayed.

Weed biocontrol is considered an environmentally friendly and sustainable way to control invasive species. For instance, the Hartbeespoort Dam infestation of water hyacinth, a rapidly growing invasive plant, has been successfully curbed using insects over the past few years.

The weed biocontrol mass rearing unit at the South African Sugarcane Research Institute (Sasri), has closed down due to the delay in funding. The unit mass-produces insects that feed on specific invasive species, and do not feed on valuable or indigenous plants. Sasri worked free of charge with farmers. “We don’t charge at all for the insects we supply,” said Des Conlong, a senior entomologist at the unit.

Sasri applied in February for a new contract to be awarded in March. But the department extended the contracts until the end of September to allow the units to exhaust its funds, according to spokesperson Zolile Nqayi. It’s unclear if the unit received additional funds between March and its closure at the end of September.

“Our organisation was subsidising a lot of work in the hope that the tender would come through, and it just hasn’t,” said Conlong. He said Sasri did not have the capacity to subsidise the unit anymore.

The impact on the control of alien plants will be huge, said Conlong. “Insects are really doing great jobs in the areas where we are releasing them. People try herbicides first and find they don’t work. And as a last resort they try biocontrol and find it does work.”

The unit in the Centre for Biological Control at Rhodes University is also closing down, and a third unit, the Agricultural Research Council (ARC), is having to fund its own research until the tender is awarded, according to Roger Price, the research team manager at ARC’s weeds biocontrol research division.

Price said this is not the first time there has been a delay. He said the department had invested heavily in building biocapacity over the last 20 years “and it will be a tragedy if this biocontrol investment eventually collapses”.

Price said that the ARC has only been financially supporting the weed biocontrol unit at the ARC since 1 October, after the contract expired at the end of September.

Nqayi said that all these units “together with numerous other tenders” had submitted tender applications and that the evaluation process is in progress.

With regards to the delay in funding, Nqayi said that the contracts, which were entered into in 2018, were initially set to expire at the end of March 2021, but the department extended these contracts for six months “to allow the service providers time to meet their deliverables and exhaust all funds which were still available on the contract”.

The DFFE confirmed that during the six-month extension the funds were depleted, but it wasn’t clear when the funding stopped.

Now there are fears that shutting down the programmes will lead to serious issues with biological invasions, according to Brian van Wilgen from the Centre for Invasion Biology at Stellenbosch University.

Van Wilgen, who has been involved in invasion research for decades and has worked with these units, told GroundUp that the research into controlling invasive species has brought “huge benefits to South Africa”.

“Once you lose this research capacity, it’s very difficult to get it back again,” he said. He made the example that when Cape Town nearly ran out of water a few years ago, invasive trees in catchments exacerbated this issue. DM