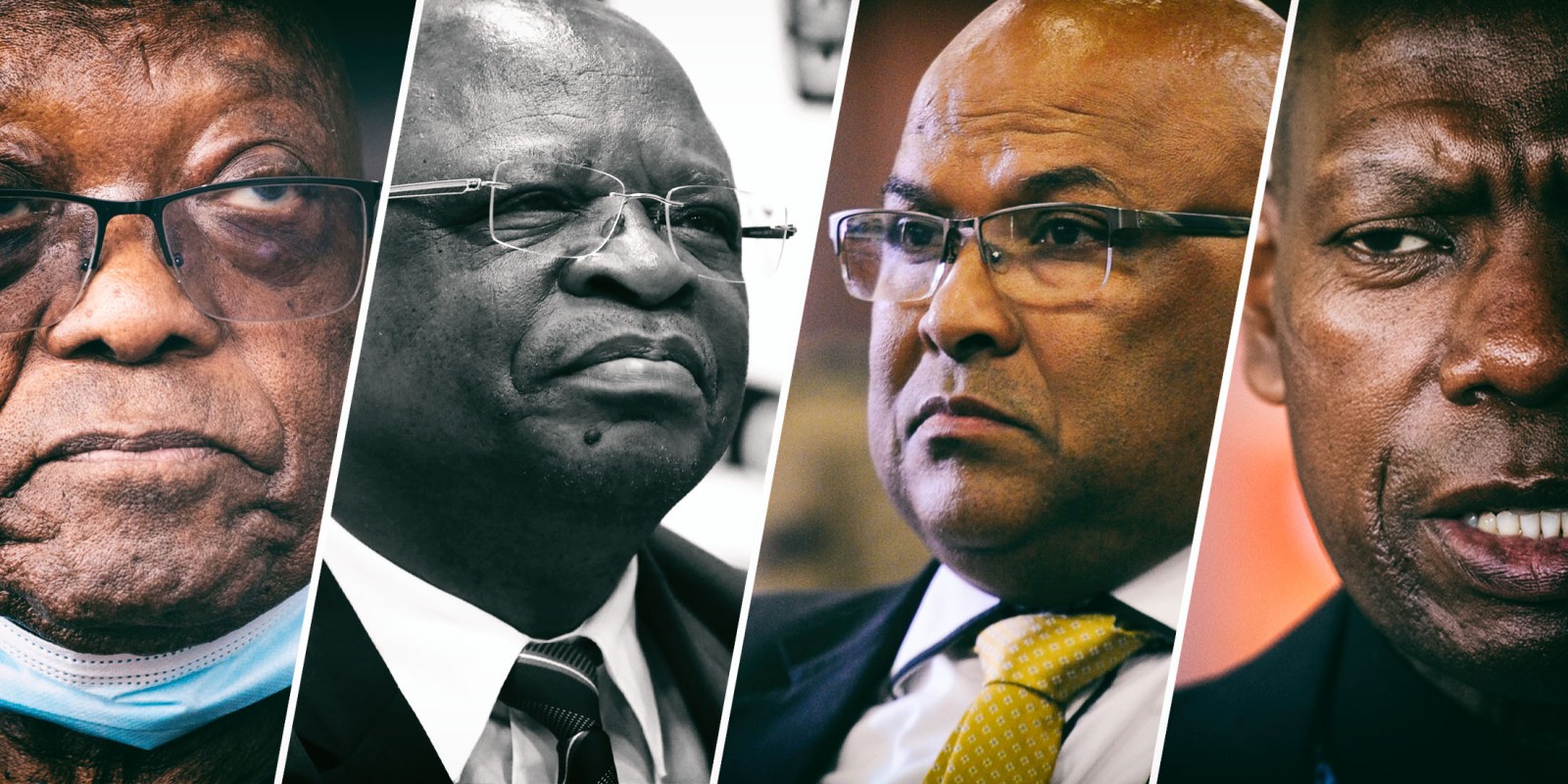 The local government elections may be the centre of focus right now, but there is increasing evidence that the political narrative after the polls will be dominated by another period of lawfare – to the detriment of the judiciary and the country.

In the near future, there are likely to be more court challenges by those who have something to lose from the ANC’s stated policy of renewal, which, in a worst-case scenario for President Cyril Ramaphosa, could spill over into the process to appoint a new Chief Justice.

On Tuesday, it emerged that former health minister Dr Zweli Mkhize was challenging the findings of the Special Investigating Unit’s (SIU’s) investigation and report into the Digital Vibes scandal.

Mkhize may find it difficult to succeed – the SIU has pointed to evidence that he sent WhatsApp messages to the former health director-general Dr Precious Matsoso asking her to go ahead with the contract with Digital Vibes. Unless he can come up with a convincing explanation as to why he sent those messages and why his family benefited almost R9-million from the money that was paid (Mkhize now claims he is estranged from Dedani), his lawyers may find this a difficult case.

Also on Tuesday, it emerged that Arthur Fraser, the former Director-General of State Security and former Correctional Services commissioner, had written to the panel examining the nominees for the position of Chief Justice and formally objected to the nomination of Deputy Chief Justice Raymond Zondo, arguing that he was not fit to be a judge, let alone Chief Justice.

Fraser bases his claim on his belief that he was unfairly denied a chance to respond to claims made against him at the Zondo Commission, which Zondo chairs.

Fraser’s objection was picked up very quickly, almost gleefully, by that most useful barometer of the alleged Radical Economic Transformation faction of the ANC, the Twitter account of Mzwanele Manyi.

While the panel will have to decide how to deal with the objections, it may be that Fraser’s objection has nothing to do with the position of Chief Justice but rather the potential findings that Zondo may make against him in his report emanating from the hearings into State Capture. Fraser’s objection may be a pre-emptive move to him challenging those findings.

As a legal strategy, it could be worthwhile for him to soften the ground and prepare the case against Zondo.

The political and public strategy of this move is more important – it prepares the narrative for the legal cases to come and for a long political fight.

Fraser may well have the same interests as many others, including former president Jacob Zuma, Malusi Gigaba and Matshela Koko.

Zuma’s recent actions provide further supporting evidence for this suggestion. His foundation says it is lodging a “criminal charge” against the prosecutor in Zuma’s Arms Deal trial, advocate Billy Downer.

This is a curious case. Manyi and others claim that Downer “leaked” Zuma’s personal medical information to a journalist. But this issue was argued in open court between Zuma’s legal team and the State. The judge concerned has not yet made a finding. And thus it would appear that Manyi is trying to lay a criminal charge regarding a case that has already been argued, but for which no finding has been made.

The judge may rule there was no wrongdoing on the part of Downer. In which case, why lay the criminal charge?

It would appear that this has more to do with the politics and the narrative than the law. In other words, it’s part of a sustained attempt to keep the claims against Downer in the news, even if there is no legal chance of success.

While these legal applications and objections may not be based on the law, and may, in the end, be lost, the real aim could be to inflict damage on Ramaphosa’s agenda and the judiciary itself.

This is all happening at a sensitive time for the judiciary – the position of  Chief Justice is vacant and there have been consistent attempts to undermine confidence in our judges, with Zuma, Ace Magashule, Julius Malema and others making unfounded claims about judges.

While these claims are generally found to be baseless, the consistent nature of the attacks has had an impact.

The latest Afrobarometer survey says that only 43% of those questioned trust the courts.

While democratic South Africa emerged from a past where the rule of law, and thus the courts, was illegitimate, the power of a sustained campaign can’t be underestimated. In this case, those who want to undermine trust in the rule of law may have had significant success.

One way for Ramaphosa’s opponents to continue this campaign will be to undermine the process of selecting a new Chief Justice.

For example, were Zondo included on the shortlist, Fraser could attempt to ask a judge to overturn the panel’s decision. Considering the amount of litigation the Judicial Service Commission has faced, it would be no surprise if someone were to attempt to lodge an application around its hearings.

The aim here would be to cause delay and frustration and leave the judiciary leaderless and thus weaker. And while it would be without a Chief Justice, its de facto leader would be Zondo himself, who has already been attacked (it should be noted that there may be some limitations to this: the Promotion of Administrative Justice Act does not apply to judicial appointments, which may limit the scope for these applications).

While it is difficult to assess the impact of this kind of lawfare, it is entirely possible that it weakens the trust and thus the legitimacy of our institutions.

And this at a time when the evidence points to the increasing weakness of our state. DM