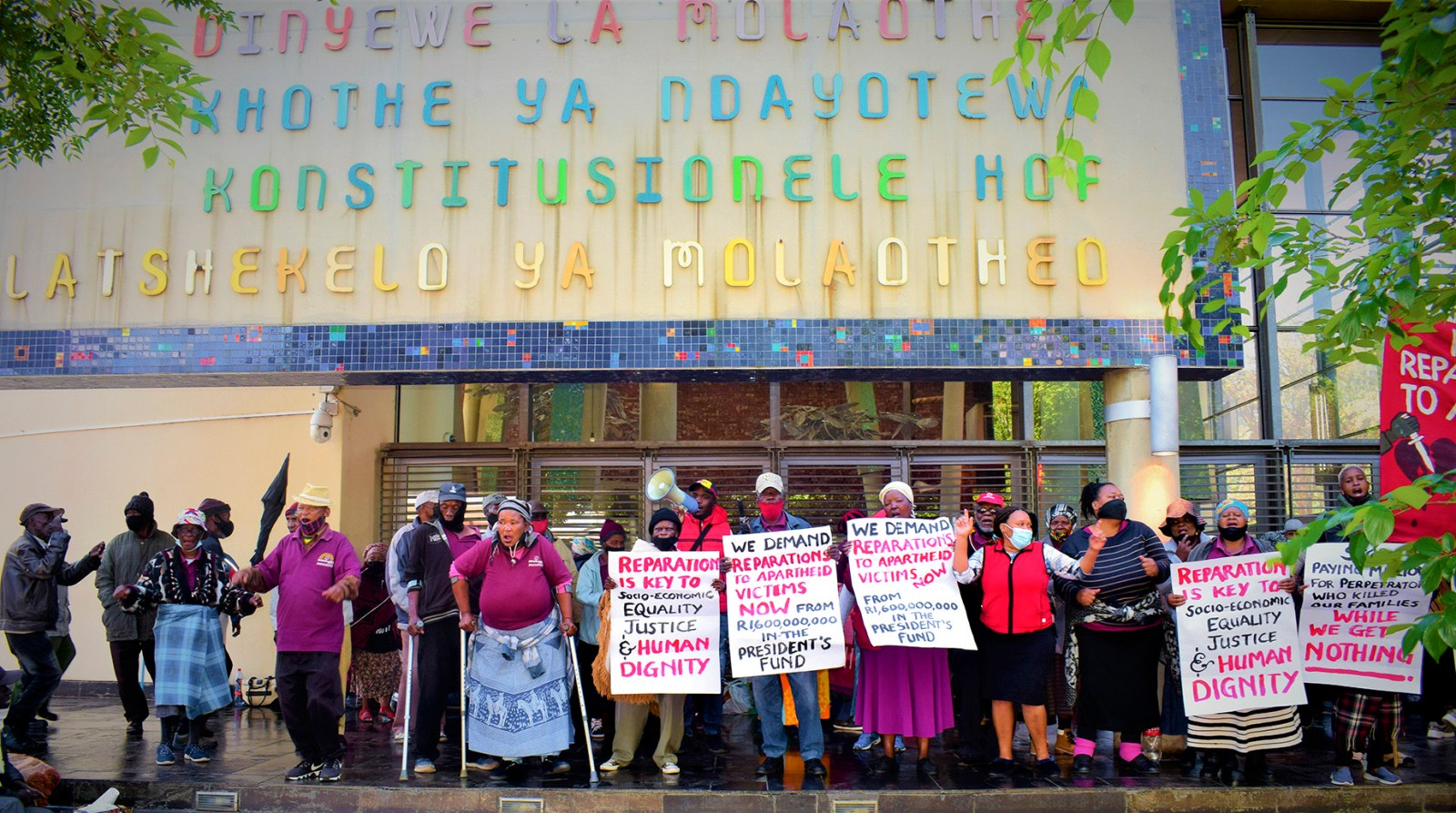 The Khulumani Support Group is demanding that the government provide apartheid-era victims and survivors of human rights violations with long-delayed reparations.

On Wednesday, 88 members of the East Rand branch of the Khulumani Support Group (KSG) spent the night outside the Constitutional Court in Johannesburg. Most were senior citizens aged between 60 and 80.

The KSG members say they are disappointed with the government’s lack of response to their call for reparations for victims of apartheid.

Nomarussia Bonase, KSG Gauteng provincial chairperson, said: “For 23 years now, KSG, a civil society organisation of victims and survivors of the apartheid regime, has been calling for reparations for the affected persons. To date, a small portion of the victims have been compensated through the Truth and Reconciliation Commission (TRC), while most of us have been ignored by the government.

“Each year, we have petitioned, sent through memorandums, appealed to meet with government officials, marched, demanded and pleaded, to no avail.”

KSG member Thabo Daniel Shabangu (60) said, “I live with the trauma of apartheid, with numerous holes on my back and several… bullets still stuck in my body, reminding me of all the things I and my fellow stalwarts of the liberation struggle endured for this South Africa.

“Every time I close my eyes everything replays in my head… the gunshots, the screams and the beatings… lifeless bodies… Money might not be enough to compensate for everything, but it would better our impoverished lives.”

Bongiwe Mthimkhulu (31) was also at the sit-in to represent her late grandmother, a former member of the KSG.

Mthimkhulu said, “My grandmother passed on last month fighting for this; her efforts can never go in vain. I am here to represent her and many other deserving victims and survivors. We will continue to sit and sleep here until they listen to us.”

KSG has called on the Presidency  and the Office of the Minister of Justice to:

KSG members said they would not vote in the municipal elections if their demands were not met by polling day. DM/MC