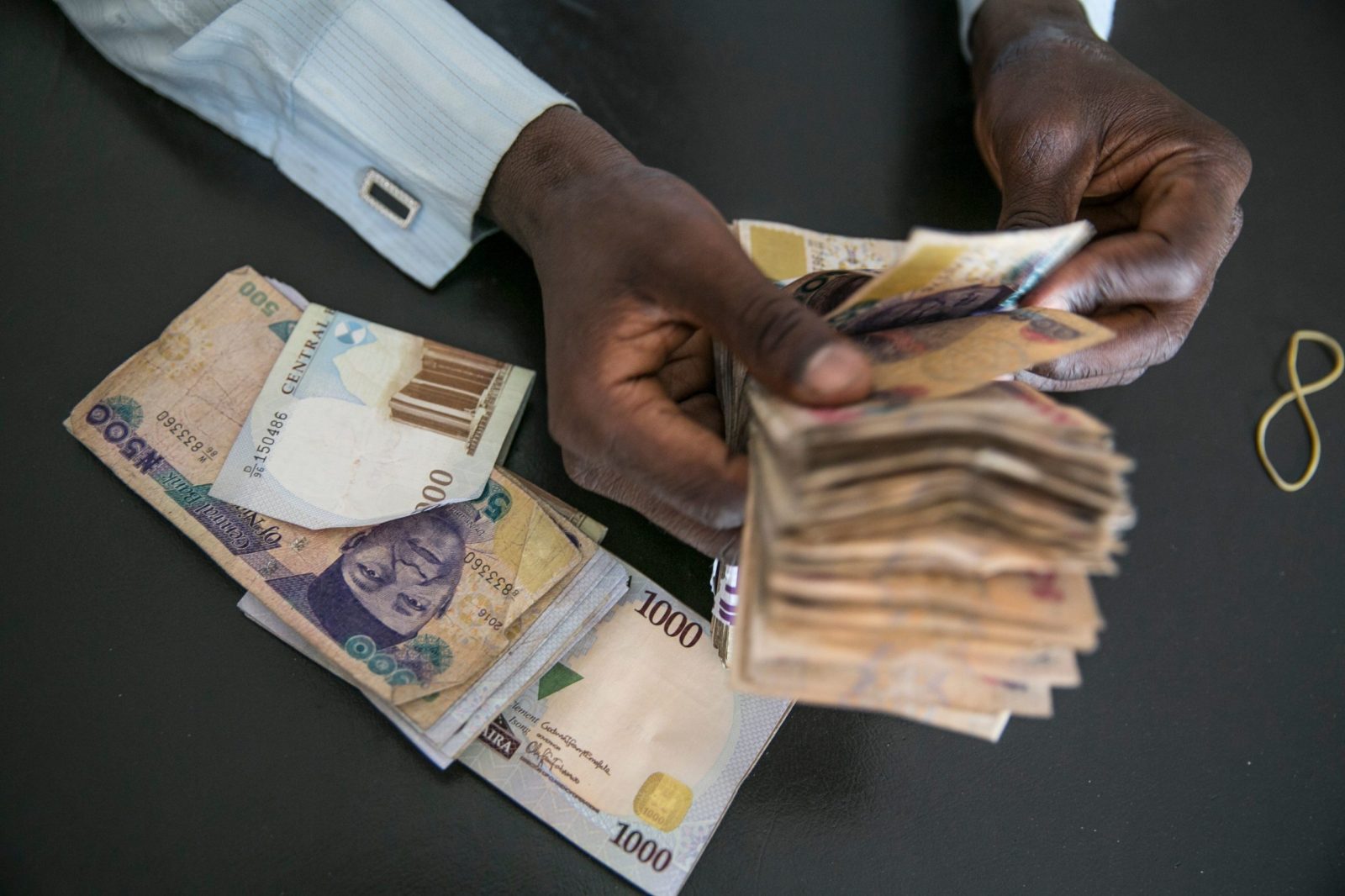 A clerk at a currency exchange bureau counts Nigerian naira banknotes in Maiduguri, Nigeria, on Wednesday, May 1, 2019. External actors, such as NGOs, are providing an economic boost to Maiduguri as a tourism economy grows and livelihoods become dependent on them. (Photo: EPA-EFE / STR)

Relative peace provides a chance to boost production and trade, and help prevent communities being recruited by Boko Haram.

Maiduguri, Nigeria’s Borno State capital, has always played a key part in the Lake Chad Basin’s economy. For years the city was also a Boko Haram hot spot, but this has subsided.

Relative peace provides an opportunity to rebuild the economy, triggering growth in other areas affected by the insurgency. Economic recovery can also enable communities to build resilience against being used by armed groups for their own gains.

Before the onset of the Boko Haram insurgency in 2009, Nigeria’s north-east region engaged in more cross-border than in-country trade — carried out mostly through Borno. Farmers, traders, transporters and fishermen in the Lake Chad Basin region relied on Maiduguri as a crucial trade hub.

Then came the Boko Haram crisis, which disrupted livelihoods in the city and the region. Total trade between Nigeria and Cameroon, Chad and Niger declined by over 70% since the conflict began, reducing the income of businesses and households.

To address the insecurity, in 2018 the Lake Chad Basin Council of Ministers adopted the Regional Strategy for the Stabilisation, Recovery and Resilience of the Boko Haram-affected areas in the region. It was endorsed by the African Union’s Peace and Security Council and is supported by the United Nations Development Programme.

The strategy’s core aim is to restore and create sustainable livelihoods for communities affected by Boko Haram. In Borno State, locals have typically relied on crop and livestock farming, fishing and trade.

Food prices at the Monday Market — the largest in Maiduguri — skyrocketed after the military and violent extremists blocked transport routes and made farms inaccessible. Extortion by security forces was also a factor. Beef prices have spiked, and residents and traders report a decline in the cattle market due to the conflict.

Fish is no longer available in abundance, despite being one of the main goods produced in Borno State and traded throughout the country and region. Baga in Kukawa Local Government Area — once the primary source for this commodity — is now unsafe for fishing due to violent extremism.

The Borno Fish Producers and Marketers Association says it’s been losing N500 million ($1.2-million) weekly as a result of the insurgency and reduced trade volumes. Many businesses have moved to Kano State in north-west Nigeria because of the crisis, taking away jobs and much-needed incomes.

While some sectors in Maiduguri have been hit hard by violent extremism, others — such as the real estate and construction industries — are booming. This is due to the influx of non-governmental organisations (NGOs) because of the insurgency.

These organisations have created a strange kind of tourism economy in Maiduguri as livelihoods are built around them. ‘NGO jobs’ are now more attractive than the civil service, and people have made fortunes serving as vendors to the non-profit sector. The Borno State government has mandated that local staff be hired, and NGO posts are a new object of resource conflict.

The cash coming into Maiduguri’s economy by these external actors through consumption and procurement is beneficial. But it remains a short-term solution to the long-term problem of recovery. The flip side of the construction boom is higher rent prices.

To ensure that recovery is stable and sustained, Maiduguri’s economic revival should not be closely linked to the conflict. Higher output levels, especially in the agricultural sector, and national and cross-border trade must be restored.

The relative peace in the city offers an opportunity to develop industries that can increase the production of goods. Agro-allied businesses would push the city up the value chain by, for example, establishing food processing factories. This is also the focus of the state government’s 25-year development plan.

The upskilling and training in the ‘NGO economy’ could raise the profile of the city’s workforce. And the government should support the emerging and growing services economy. Significant interest from foreign governments and development organisations could boost infrastructure investments and help industrial development. The regional stabilisation strategy should mobilise these resources.

The state government’s efforts to develop human capital could be used to draw private sector investment. Local or diaspora investors could be targeted — those with ties to the region may be more easily convinced to invest in the city than foreigners.

Certain problems need to be overcome, however. The first is the poor supply of power. Maiduguri residents have been living without grid electricity for months due to the repeated destruction of power infrastructure by Boko Haram. Second, attempted attacks on the city’s outskirts are a stark reminder that peace is fragile.

Third, the damage to transport networks by the ongoing violence is one of the biggest obstacles to reaching national and regional customers. Markets are often targets of attack. In 2017, over 80% of farmers reported the closure of their most-frequented markets as a result of the crisis. Boko Haram has also reportedly established parallel markets in places like Abadam Local Government Area to control local economies and extract revenue, mainly through taxes.

The state government’s efforts to resettle internally displaced people in crop-producing regions also face problems, particularly the lack of governance and security support. Nevertheless, stabilisation processes in the Lake Chad Basin must be initiated, even amid ongoing conflict. The death of Boko Haram leaders, and the recent spate of fighters surrendering, have created some optimism for the region.

To fund the stabilisation, resources from regional development agendas must be coordinated. Markets and transport challenges also need attention, with tech-enabled agro-services like online marketplaces linking demand and supply. This would help address unemployment, which has worsened as the number of displaced people in the city rises. Job creation may also reduce problems such as community members selling intelligence to Boko Haram.

Maiduguri’s economy does not only need to be rebuilt — it needs to be rebuilt better. This won’t be easy, but it is a crucial step for recovery and stability in the Lake Chad Basin. DM

This article is published with support from the United Nations Development Programme, and the Government of the Netherlands.