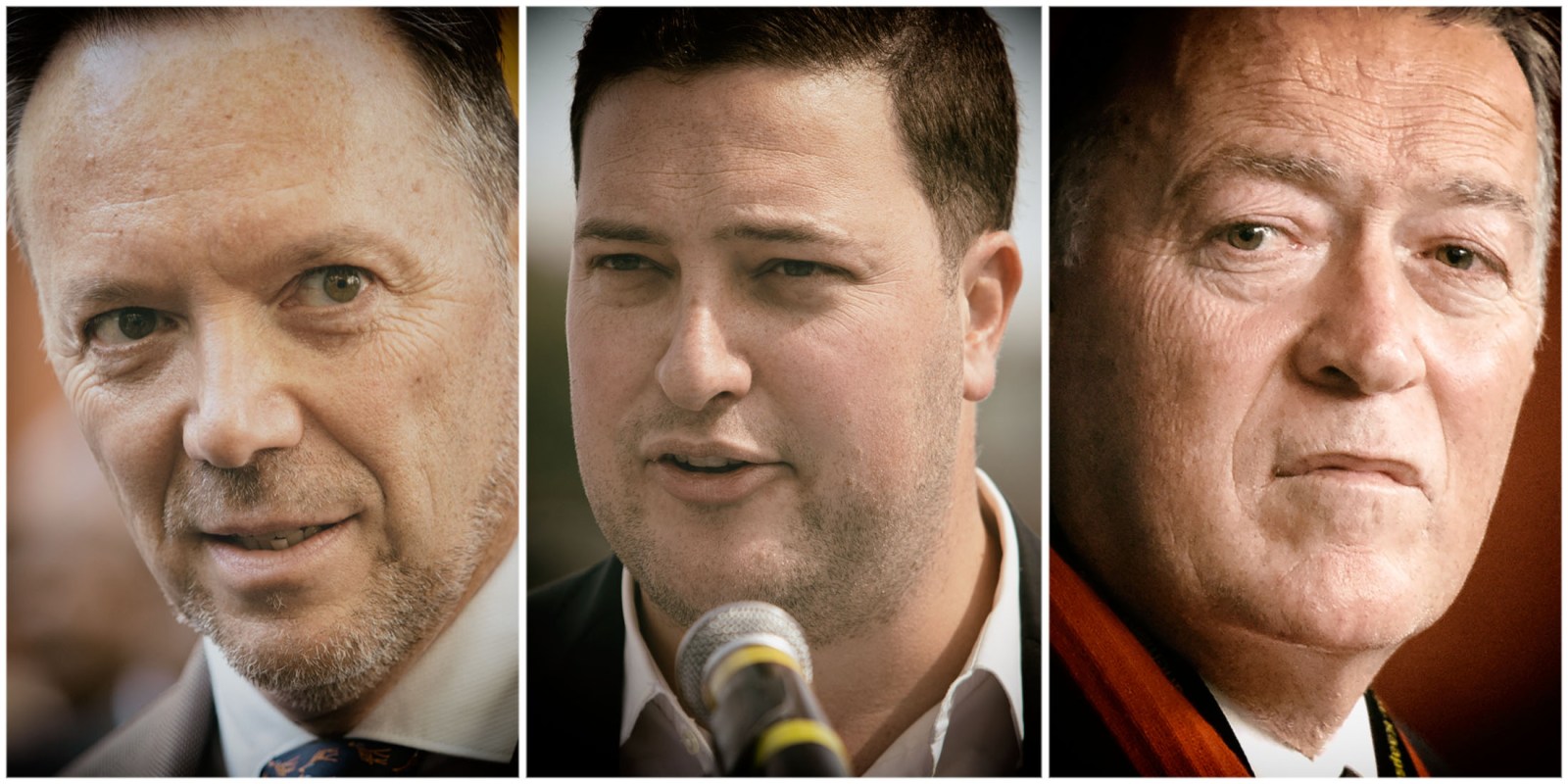 On Wednesday, the ANC, Good and the DA City of Cape Town candidates spoke to Daily Maverick’s Marianne Thamm about housing, renewable energy and why residents should vote for them.

With a week left before South Africans head to the polls, Daily Maverick’s Marianne Thamm hosted The Great Mayoral Debate: Cape Town edition webinar on Wednesday with the Good party’s Brett Herron, the DA’s Geordin Hill-Lewis and the ANC’s Cameron Dugmore, to hear their takes on affordable housing, energy and why residents should vote for them.

Hill-Lewis said the party will “push the boundaries” by ending load shedding, pushing for the devolution of the railway and by filling the space left by the South African Police Service (SAPS) by deploying more law enforcement.

Herron, Good’s mayoral candidate for Cape Town, said they would introduce a municipality that has “a generosity of spirit, a culture of diversity” instead of the current one that was “myopic” and had “an intolerance of diversity”.

The party would address hunger and unemployment and focus on creating “liveable and functional communities”.

Speaking on behalf of the ANC was Dugmore, the provincial elections head. As to who the party’s mayoral candidate is for the city, he said the party had decided that all mayoral candidates would be announced “after a vetting process which would be approximately one week after the elections”.

“We’ve made this decision because we’re campaigning on the ANC’s value proposition, which is about building communities together,” he said.

Dugmore admitted that the party had made “serious mistakes” before but that it had a track record of delivering free basic services for the poor.

Taking jabs at the DA, Dugmore said that “in the past 15 years with the DA [running the City of Cape Town] we’ve seen worsening potholes and blocked drains. What we’d introduce is a proper process to deal with transport. We’d bring in an inclusive district development modal, which would ensure that services don’t just reach the elite.”

When Thamm asked what the DA had done to make life better for poor people, Hill-Lewis said the “key reason” he is running for mayor in the city is that he’d spent most of his career working in different parts of the city, from Philippi to Crossroads, and he’d “seen how much work still needs to be done”.

“I make the commitment to ensuring that the city does more to invest more in infrastructure [in poor communities] but it’s also important to acknowledge that an independent index by News24 confirmed that all DA municipalities came at the top in terms of service delivery,” said Hill-Lewis.

As to how the parties will address affordable housing in the city, Hill-Lewis made a “firm commitment” that if they are re-elected, they “will do better in releasing well-located city-owned land to foster affordable housing”.

“I’m happy to be held accountable for that,” he said.

To demonstrate how serious the City is about affordable housing, it has asked Public Works Minister Patricia de Lille to release Acacia Park for use as social housing, said Hill-Lewis. Acacia Park is a village that houses parliamentarians in Cape Town’s northern suburbs.

A few weeks ago, De Lille dismissed the request as an attempt to “electioneer in my name”. She then urged the City to release its own land – including several sites in the CBD which she and Herron had apparently tried to release in 2017 and 2018.

Hitting back at Hill-Lewis’s response, Dugmore said the “contradiction in what he’s saying is that every month they continue to sell [well-located land] to private developers which could instead be used for social housing”.

“What we’re doing is calling for them to stop selling municipal land.

“[Because] the DA is funded by private developers they can’t be trusted to deliver to the poor.”

Herron pointed out that Good “was started over a fallout with the DA over social housing”.

“However, we must release the land we started with in 2017 and other sites for social housing.”

When asked whether the City would endorse renewable energy, Hill-Lewis said his party was campaigning for less reliance on Eskom.

“[Eskom] is expensive, it doesn’t work and it relies on coal which is environmentally damaging. We want to move to independent power producers so we can reduce the climate impact and end load shedding,” he said.

Dugmore criticised the province for refusing to appoint an environmental commissioner, “whose tasks are to look into issues of energy and to help us prepare for climate change”.

“The DA has refused to appoint an environmental commissioner because they’re more in favour of the big developers,” he said.

“The President has given clear directions as to how we can have a just transition from coal to renewable energy. The City of Cape Town doesn’t have a detailed plan and their plans according to their own admission aren’t feasible.”

If Good were to take over the City of Cape Town, it would only procure renewable energy and disinvest public funds from fossil fuel investments, said Herron.

“We would introduce the pace model, where homeowners are able to purchase solar panels where the City would assist them and they could repay it with their rate accounts over a 20-year period,” he said.

For poorer communities, the City would install solar panels. DM