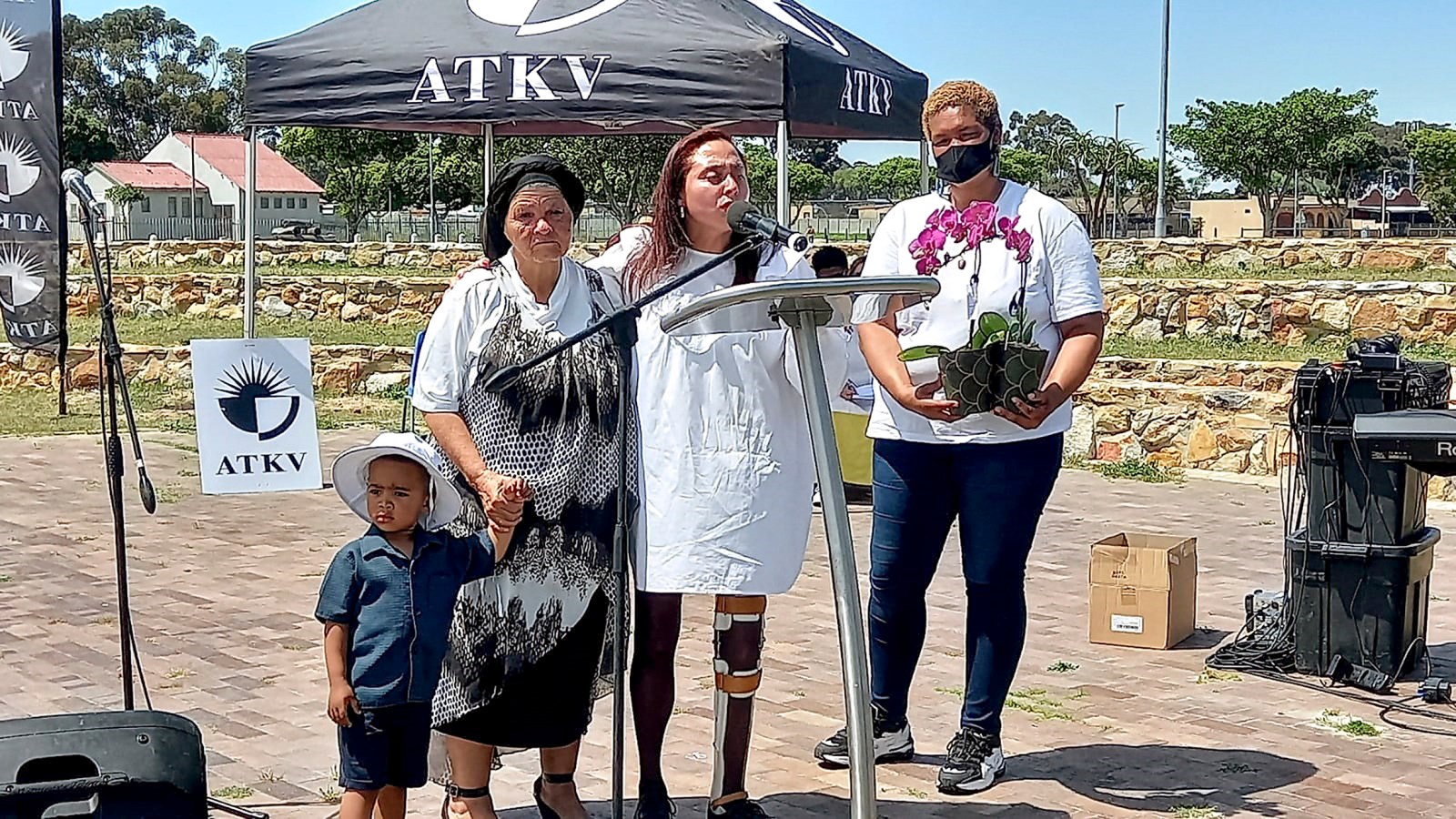 Jealousy and possessive behaviour are warning signs that parents should be concerned about and candidly discuss with their sons and daughters — especially when their children are reluctant to talk about their relationships. If ignored, these red flags could have deadly consequences.

This was the message at a gender-based violence (GBV) awareness session held on Wednesday in the Atlantis Smart Park in Saxonsea, near Cape Town.

The message was stressed by guest speaker Dr Marlene le Roux, co-founder of the Women’s Achievement Network for Disability, CEO of Artscape Theatre Centre and chairperson of the Afrikaanse Taal en Kultuur Vereniging (ATKV) board.

Principals of four primary schools and some of their learners also attended the session. The session, arranged by the ATKV, was in honour of slain Charné Viljoen (21), who was allegedly stabbed by her 23-year-old ex-boyfriend Owen Steenberg on 3 May. She died of her injuries in hospital.

At the time of the stabbing, Viljoen had ended her relationship with Steenberg. He is also alleged to have stabbed one of her male friends on 30 April. Steenberg was apprehended hours after the murder and towards the end of May, he abandoned his bail application. The matter was postponed to November for further investigation and he remains behind bars. He faces a count of murder and attempted murder.

The GBV initiative was the brainchild of seven women members of the ATKV who tried to save Viljoen before she was rushed to hospital. Some of the women have received trauma counselling.

Five months later, the women were back in Atlantis to talk about the profound effect Viljoen’s death had on them. Elize Fortuin, regional manager of ATKV Western Cape, recalled how on Monday, 3 May, the ATKV Atlantis branch held a meeting in the Prophetic Awakening Church. The group heard shouting outside the church and assumed it was gangsters causing havoc.

“One of the members shouted, ‘We must close the door.’ We ran to the door and saw Charné and her cousin running towards the door and shouting for help… her last words to us were, ‘I don’t want to die, he stabbed me in the neck.’ ”

Fortuin had this message for mothers: “Unfortunately, it is us that must stand up. If you see that your daughter’s boyfriend displays jealousy, chase him out of your house. If a boyfriend treats your daughter like his possession or abuses her, chase him out. We need to stop it immediately and stop saying, it is his way.”

Mothers should also stop their sons from abusing women, she said. Women should get out “after the first smack” because “the next time you might get killed”.

Le Roux later handed an orchid to Viljoen’s grandmother Mariam Viljoen, and unveiled a bench with Charné Viljoen’s name on it at the grandparents’ home.

“Whenever boys and girls sit on this bench it will remind them of Charné’s death and that we must never experience this brutality. The next time we gather again in the Saxonsea Smart Park I want to see more young men standing here taking a stand against GBV.”

Ward 29 councillor Allister Lightburn, perturbed by the small number of males who attended the event, echoed that most of the women in Atlantis were leaders of organisations. Lightburn said men must stop being fence-sitters and get involved. DM/MC