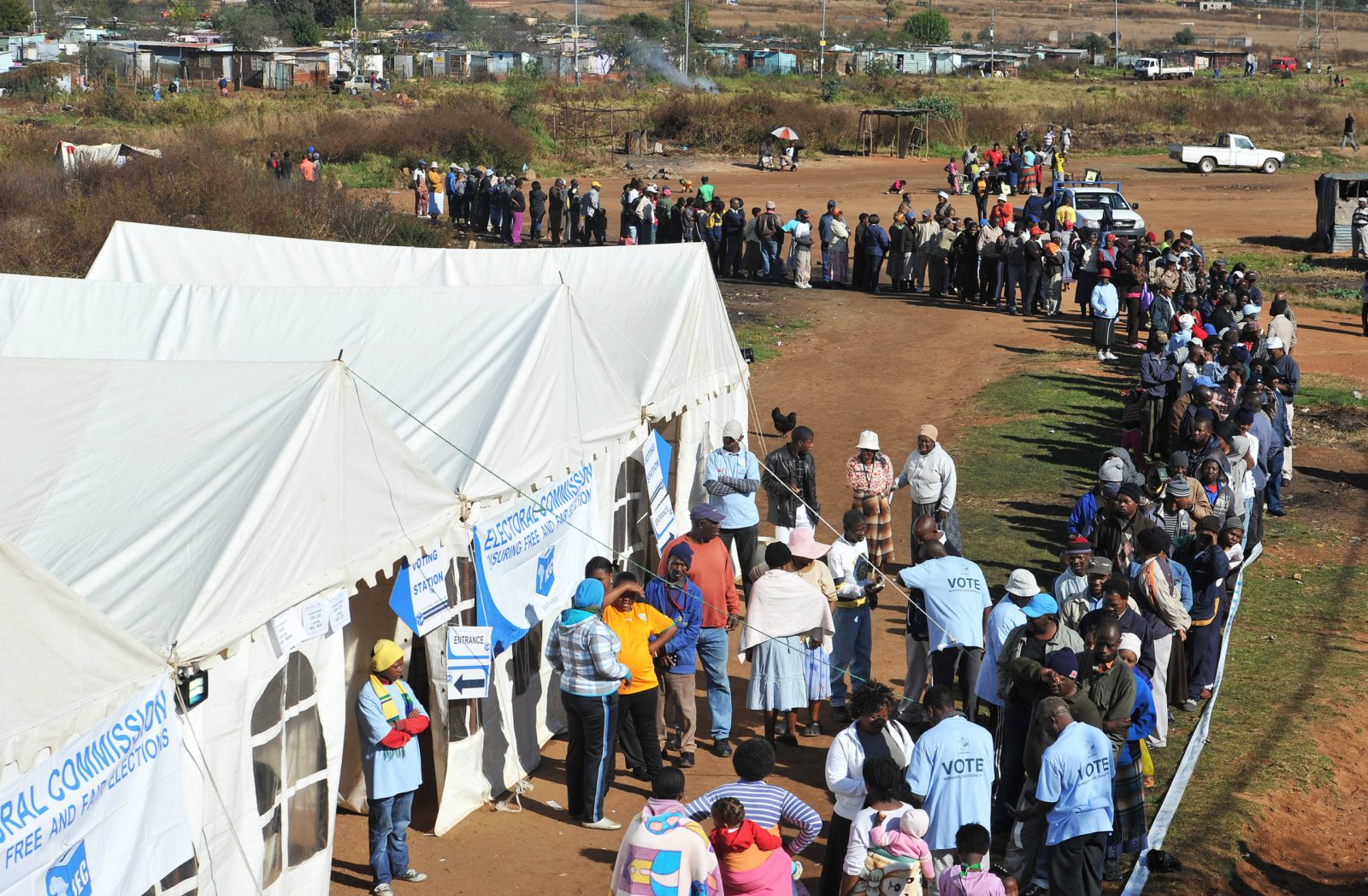 Residents of the Motsoaledi informal settlement behind the Baragwanath hospital stand in long queues at a voting station in Johannesburg, South Africa, on 18 May 2011 to cast their votes in the municipal elections. (Photo: Gallo Images / Foto24 / Felix Dlangamandla)

Daily Maverick readers have told us that load shedding will affect who they vote for.

Electricity, power cuts and prices have become the biggest issues in the campaign for the 1 November elections – and it’s no wonder.

As this graph from the CSIR shows, load shedding in 2021 could result in the worst year in the history of rolling power cuts that Eskom has let loose on South Africa since 2008. 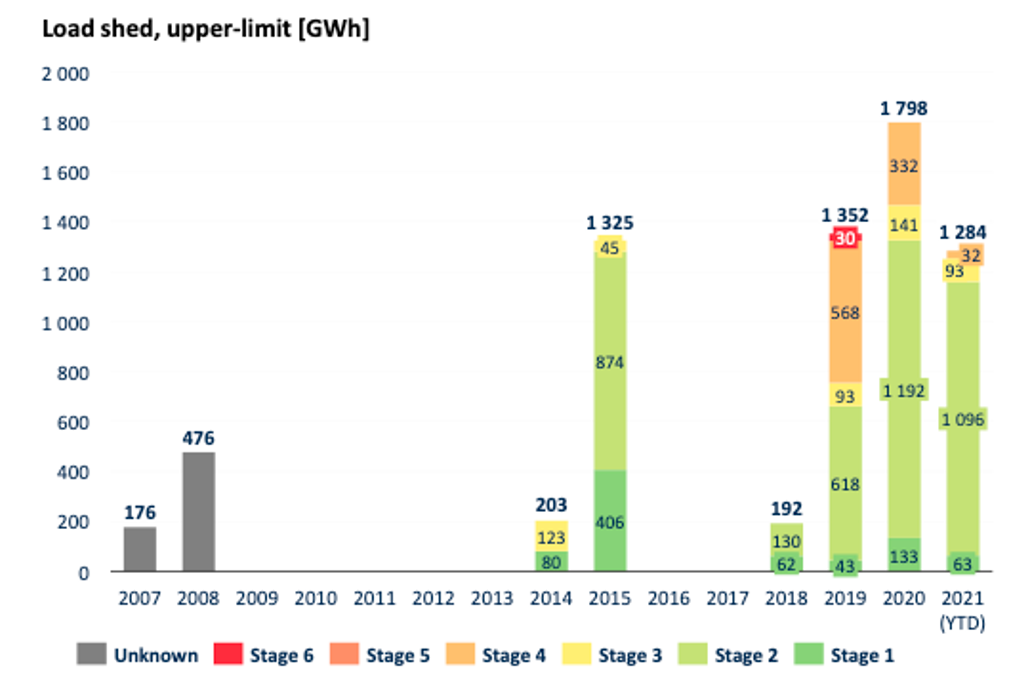 In the half-year to June 2021, CSIR researchers found that rolling blackouts were already at 76% of the 2020 total. In 2020, load shedding plunged South Africans into darkness for 859 hours – in total, over a cumulative one month of cuts.

Covid-19 meant that demand was low in 2020 and only started picking up in the third quarter of 2021. Last week’s power cuts at stage 2 show how rickety the system is. Researchers Joanne Calitz and Jarrad Wright found that load shedding occurred for 15% of the hours in the first six months of 2021. 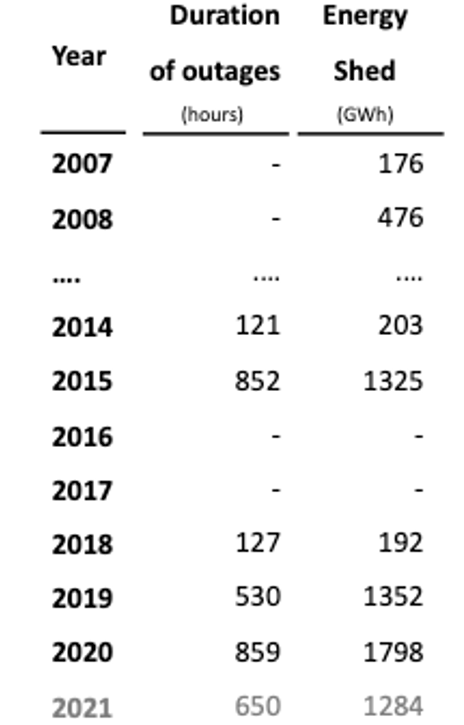 Despite this, Eskom tried to interdict the regulator, Nersa, this week to pursue the high electricity prices it needs to set as part of a “multiyear price determination”. With more than R400-billion in debt, Eskom insists on inflation-busting power price increases over the next few years. Most metros have set increases for 2021 that are almost double the inflation rate and there is no chance of those increases coming down over the medium term.

Eskom is the price setter and municipalities do not have a lot of wiggle room because they receive bulk prices from the monopoly utility.

But residents have told politicians across the spectrum that they simply cannot afford the costs any longer. In Soweto, ANC campaigners, including President Cyril Ramaphosa, have faced hell because of Eskom’s squeeze to get residents to pay.

Without a strong turnout in Soweto, the ANC faces losing Johannesburg – the party runs the city in an informal coalition. Gauteng has 6.9 million registered voters and Soweto’s population is about 1.8 million (although voter registration numbers are much lower). That’s why Joburg mayor Mpho Moerane is trying to wrestle Soweto out from under Eskom and into City Power.

But City Power is struggling. As Daily Maverick has reported, electricity supply in Johannesburg is in the ICU. There are an estimated 350 power cuts a month on the city grid, with more than 1,400 reported by the utility.

All of this has made electricity the hot-button issue for local government.

We asked our readers if load shedding affected their voting choice. Here are some of the answers: