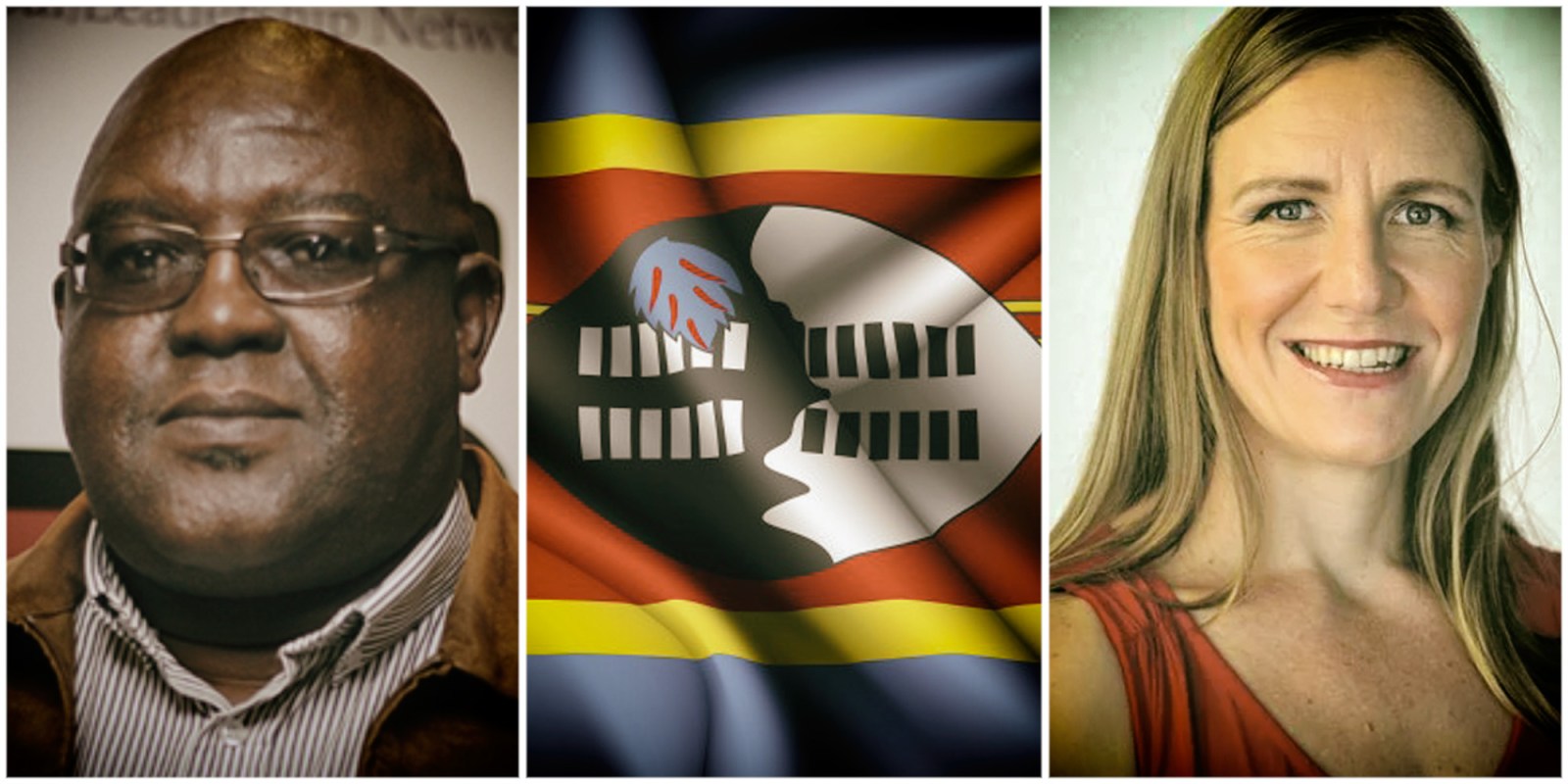 Bheki Makhubu, editor of The Nation newspaper, revealed this on Thursday at a Daily Maverick webinar on a report which has just been released about restrictions on free expression and the freedom of the press in Eswatini.

Among the many tools which African governments wield to curb freedom of expression, one of the most effective — and yet least dramatic — is the power to withhold their advertising from media houses.

That can be especially effective in a small country like Eswatini where other sources of advertising are scarce — and the government and royal family control vast swathes of the economy.

Bheki Makhubu, outspoken editor of Eswatini’s The Nation, believes he is feeling the impact of that power now as he says the country’s government has pulled advertising from his paper.

Makhubu revealed this on Thursday, ironically at a Daily Maverick webinar on a new report which has just been released about restrictions on free expression and the freedom of the press in Eswatini.

Makhubu and South African freelance journalist Carien du Plessis authored Dark Days in Eswatini, the first report by the Campaign for Free Expression, a new organisation set up to advance the cause of free expression throughout southern Africa.

Makhubu said he believed that Eswatini Finance Minister Neal Rijkenberg was personally responsible for the order to the Eswatini government to withdraw all advertising from The Nation.

Makhubu is a veteran journalist who spent a year in jail some years ago for criticising an out-of-control judge. He was later vindicated when the judge was fired for misconduct.

Makhubu told the webinar that Rijkenberg is purported to have shut down his advertising because the editor had insulted the king. The real reason, Makhubu believes, is that The Nation published a story about how Rijkenberg had bent government rules by summarily trying to dismiss a senior government official.

The Nation reported that in March, Rijkenberg had written to Maxwell Masuku, principal secretary of the Ministry of Information, Communication and Technology, dismissing him from the job.

He replaced him with Sipho Vilakati, director of Government Computer Services. But instead of taking this lying down, Masuku fought back, pointing out that Rijkenberg had bypassed regulations by not going through his own minister. He also noted that Rijkenberg had appointed Vilakati 18 days before dismissing him, which had created the “embarrassing” situation where two people occupied the same job.

As The Nation put it in its usual forthright style, Masuku “effectively gave the minister the middle finger and told him to go to hell… Mr Masuku’s response to Minister Rijkenberg was ferocious and would make anyone purporting to exercise any authority he thought he had, but effectively did not, jump out of his shoes.”

Makhubu said he had heard from other officials that this was the real reason for the government’s decision to stop advertising with The Nation. “This is killing us,” he admitted candidly.

However, Rijkenberg flatly denied Makhubu’s charges in an interview with Daily Maverick. He said he had put out a general circular to all government departments and parastatals asking them to cut down on spending because he was cutting their budgets by 5%. Next year that would probably be 10%. It was entirely up to them to decide where to cut costs.

“But if they do cut back on the money they spend on him, they say, ‘It’s the minister of finance who told us to.’ He’s written terrible stuff about me for years. For sure it’s not the first time he’s done that. I’ve not reacted so far. Funded him all the way.”

Makhubu’s term in prison should not mislead one into thinking that he is a radical. He takes a balanced view of the growing crisis in Eswatini where protests against King Mswati’s autocratic rule have been intermittently continuing since June.

They erupted again recently with protests by schoolchildren against the government’s arrests of two pro-democracy members of Parliament under the Suppression of Terrorism law. The government blamed them for sparking the June riots and widespread destruction of government property which began as protests demanding that the country’s prime minister should be elected and not appointed by the king.

The two MPs supported the calls. Security forces responded to the protests with force, killing scores, according to activists. They claim that many protesters have also been killed in the current bout of protests.

At the webinar, Makhubu said all Swazis were in some sense responsible for Mswati’s behaviour — an apparent reference to the fairly widespread support for the monarchy — and so should engage in a proper debate which included the king in seeking a solution to the country’s crisis. This appeared to be an implicit criticism of the position taken by most of the political opposition that Mswati should not be part of the inclusive political dialogue they are seeking to negotiate a new democratic dispensation.

Makhubu’s tolerant opinion earned him the wrath of several Swazi participants in the webinar. Journalist Cebelihle Mbuyisa, for example,  said, “Proper debates have been going on. What’s Bheki saying?”

And Sithembela Zikalala retorted, “May we get other panellists representing the narrative of the story in Eswatini? Bheki is misrepresenting some points here. I, as a Swati, never did a thing to create this monster; all my life I have been surviving his shenanigans.”

Rob Duigan came to Makhubu’s defence, saying: “The man is trying to discuss the facts and you’re just pushing a partisan agenda and ignoring him.”

Though a seasoned commentator on Eswatini’s politics, Makhubu acknowledged that he would have taken large bets against the occurrence of the June violence, which was unprecedented in scale.

Instead, the media should be paying consistent attention to the story, looking at the underlying causes and interests at play — including South African business interests. He noted that the South African and Eswatini economies were closely intertwined.

Du Plessis said journalists should be asking why South Africa-based MTN had agreed to shut down the internet in Eswatini when the government asked it to.

Looking ahead, she said Swazis were ultimately responsible for their own future, but South African media should keep up the pressure “and not take our eye off the ball”. DM