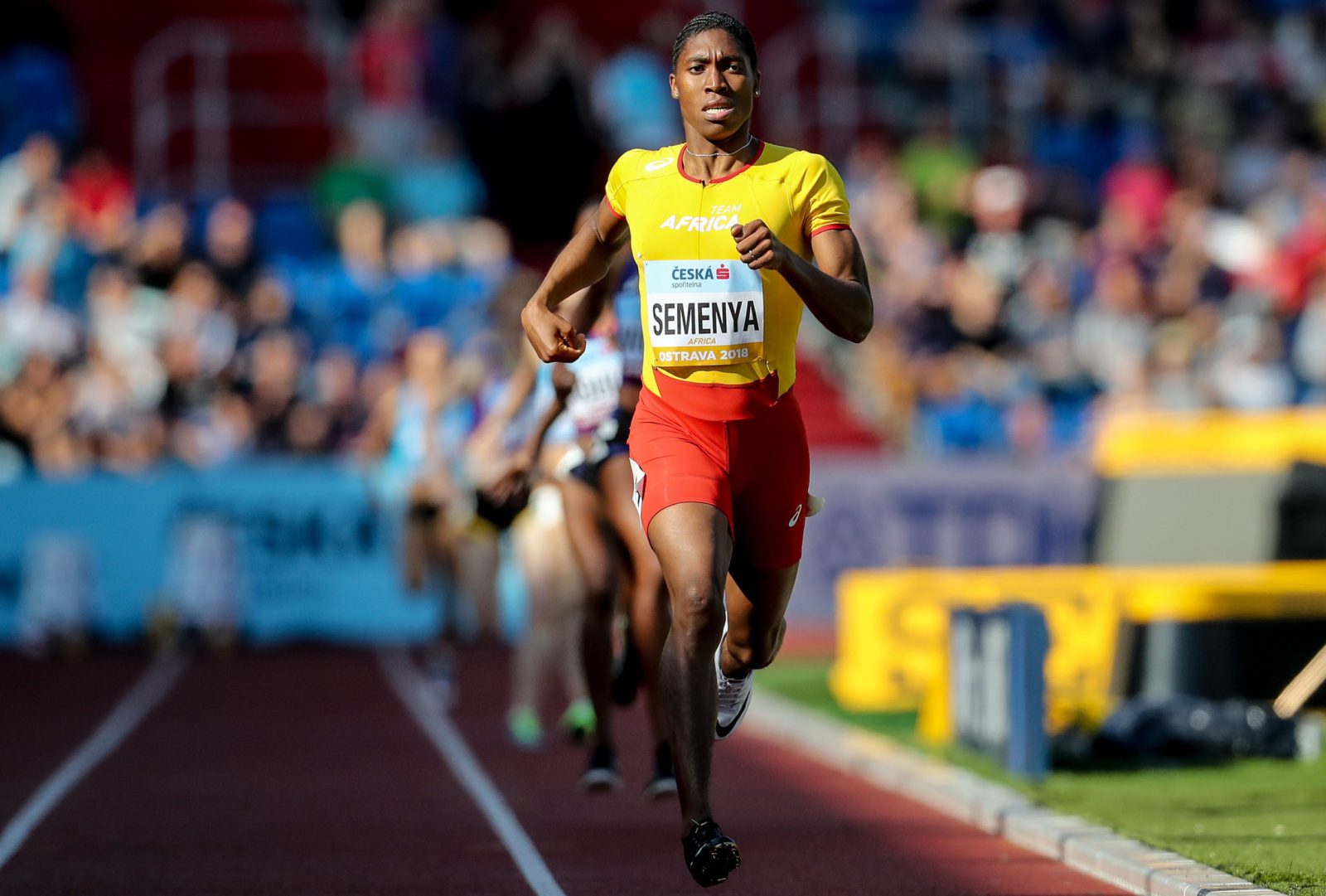 Caster Semenya of South Africa from Team Africa in action during the Women's 800m at the IAAF Continental Cup in Ostrava, Czech Republic, 9 September 2018. Semenya will have the backing of the SAHRC in her legal case at the European Court of Human Rights. (Photo: EPA-EFE/MARTIN DIVISEK)

The South African Human Rights Commission has submitted itself as a ‘third-party intervener’ in the middle-distance athlete's legal case at the European Court of Human Rights.

Olympic and world champion middle-distance runner Caster Semenya will have the weight of the South African Human Rights Commission (SAHRC) behind her as she continues her fight to be allowed to compete in athletics’ female category.

Semenya, 30, has a difference in sex development (DSD), the blanket term for congenital conditions in which people have atypical sex chromosomes.

In past court documents, Semenya confirmed that her DSD is of the 46 XY variety, meaning that she has female features and male chromosomes. Humans born without DSDs have two X chromosomes as females and XY chromosomes as males.

To be able to compete in her favourite distances, she was compelled to take testosterone suppressing drugs to fall within regulated limits of below five nanomole per litre of blood (5nmol/L), which is about twice as much as females with two XX chromosomes.

Semenya refused to take drugs to suppress naturally occurring levels of testosterone and it cost her a place at the Tokyo 2020 Olympics.

Prior to the Tokyo Olympics (held in 2021), Semenya challenged the rule at the Court of Arbitration for Sport (CAS), but lost when three judges ruled against her in May 2019. She took the case further, unsuccessfully appealing at Swiss Federal Tribunal, Switzerland’s highest court that oversees CAS.

After failure on appeal, Semenya and her legal team took the case to the European Court of Human Rights (ECHR). Her legal team argued that the IAAF rule violated Semenya’s right to privacy and right to practice her profession and caused her to suffer “treatment contrary to her human dignity, her physical and mental integrity, and her social and gender identity.”

To add more complexity to an already complex situation, shortly after the Tokyo 2020 Olympics ended, the British Journal of Sports Medicine issued a correction to a 2017 study. It was significant because the IAAF case and subsequent regulations to decrease testosterone levels were based on that original study.

Their correction stated that their findings were “exploratory” and “could have been misleading”. That outcome incensed the Semenya legal team because the retraction only came after the Olympics were over. Although that is a significant part of this case, it’s not what prompted the SAHRC to become involved.

The SAHRC had already moved to assist Semenya shortly after the appeal at the Swiss Federal Tribunal was lost. The SAHRC will step in as a “third-party intervener” in the case of “Semenya versus Switzerland” which means they are added to the case as a concerned party.

The ECHR allowed the SAHRC to make a submission, which they lodged on 11 October. It runs to 2,145 pages including 19 South African case law judgements as well as four international case law verdicts.

In their opening remarks to Judge Róbert Spanó, the SAHRC submission states: “The circumstances of this case are exceptional. In particular, this case raises complex questions around the rights of the applicant to dignity and respect; uniquely, the proper approach to intersectional discrimination, and the approach that should be taken to justifying any discrimination found on those bases.”

The SAHRC submission focuses on eight key principles of South African case law, which the Constitutional Court has identified. It involves some complex legalese but the first principle is perhaps the most telling.

It states that: “no adaptation, negation, nor self-abnegation is necessary.” The IAAF rules, by compelling Semenya to take hormone drugs to lower her naturally occurring testosterone, are asking her to alter her natural state. That is an “infringement of their human dignity,” according to the principle.

In a statement, the SAHRC said: “Ms Semenya lodged an application with the ECHR on 18 February 2021, in terms of which she challenges regulations issued by the IAAF, which requires her to lower her natural testosterone levels through hormone treatment in order to be eligible to compete as a woman in international sporting events.

“Ms Semenya’s challenge is grounded in various rights enshrined in the ECHR. The Commission successfully sought leave to intervene in the matter so as to elucidate the adverse impacts of the IAAF’s Differences of Sex Development (DSD) regulations on women from the Global South.

“The Commission’s submission does not purport to comment on the merits of the matter, and instead aims to demonstrate the discriminatory effect of the regulations on the intersecting grounds of race and gender.

“The Commission further seeks to demonstrate that intersectional discrimination has a unique and synergistic discriminatory effect on women from the Global South.

“The Commission sought to achieve its aims with reference to the rich normative jurisprudence of the South African Constitutional Court. In the light of the complexity of the human rights issues raised, the Commission has requested to make oral submissions in the event that the ECHR grants a hearing in this case.” DM