Portraits of lives lost: Our sister Maria – They just buried her 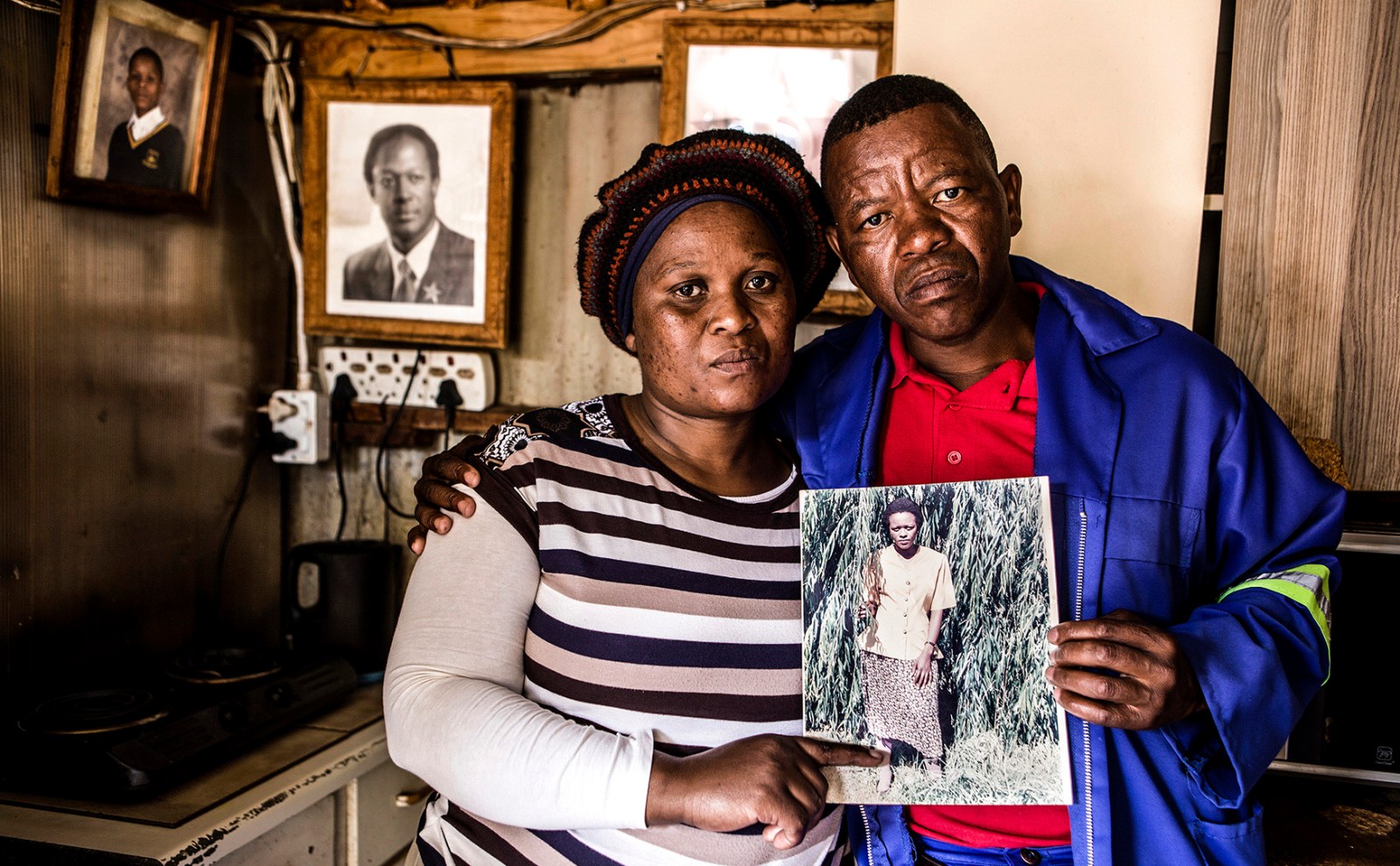 The inquest is often mired in legal debate and technical mishaps. It can be easy to forget that it is people who are at the heart of this horrific human tragedy. Their lives and stories matter. The inquest is primarily about their pain, struggle for answers and ongoing fight for justice.

Daniel and Lydia  hold a beautiful photograph of Maria. She is in a garden, surrounded by green leaves and plants.

“She worked in a nursery and loved plants,” Daniel says of his beloved older sister.

Maria was not born with a mental illness. After she completed high school she got a job at a nursery where she worked for about seven years. But in 2012 tragedy struck. Maria had a bad fall, and as a result suffered serious brain damage.

When she was discharged from hospital she lived with Daniel and Lydia. But they were worried about her safety. There was no one to look after her while they were at work. Eventually she was admitted to Life Esidimeni in Randfontein where Daniel and his family visited her every month.

In January 2016, after the December holidays, Daniel went to visit his sister and was informed by the security guards that Maria was not there.

She had been moved.

And so began Daniel and Lydia’s frantic yearlong search for Maria. Lydia worked as a domestic worker and Daniel as a carpenter. Both lost their jobs because their employers wouldn’t give them any time off to search for Maria.

“After a while we started to give up. We did not know if she was alive, safe, being fed or getting her medication,” Daniel recalls.

Then Daniel heard stories in the news about Life Esidimeni and people dying. He sought help and finally, in November 2017, he got the news. Maria had died on 29 January, 11 months before. She had been buried but they wouldn’t tell him where.

With legal support, Daniel got a court order that forced them to tell him where his sister’s body was. She was buried in the gardens at Takalani Home, where she had been moved to.

Daniel and Lydia were finally able to exhume Maria’s body. Daniel took his beloved sister home and buried her near their family home in Brits. DM/MC