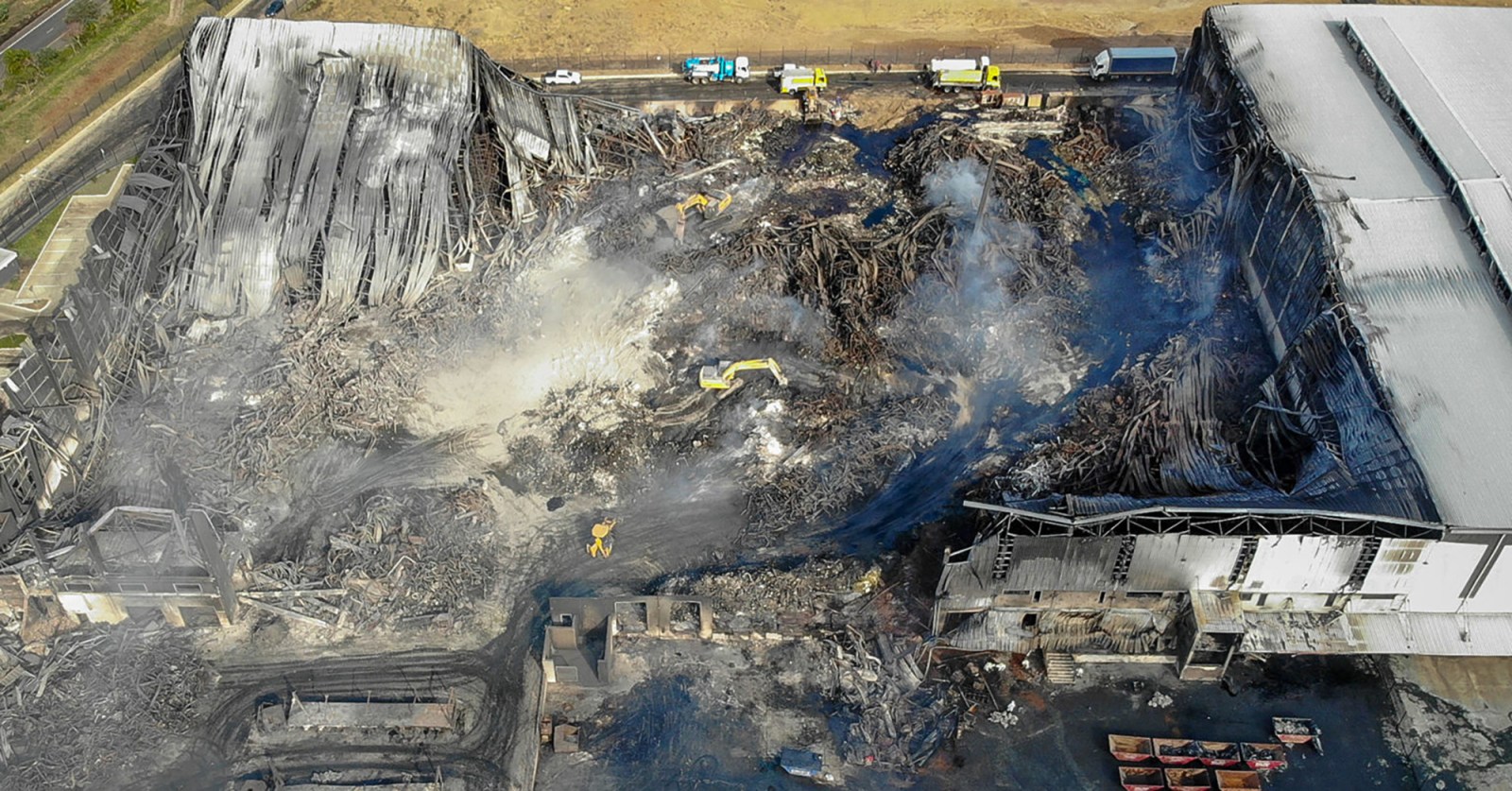 The UPL farm poisons giant has ramped up pressure on the eThekwini Municipality to reopen several beaches closed after the 12 July Cornubia chemical disaster. But the city has refused to budge for now — and voiced fresh concern that the company may not have played open cards about the true volume of poisons it was storing in Durban.

Three months after several beaches were closed in the aftermath of the Cornubia toxic chemical leak into the sea north of Durban, the Mumbai-based UPL group has sent a lawyer’s letter to the KwaZulu-Natal provincial government claiming that the decision to reopen beaches is being “unnecessarily delayed”.

But now it has come to light that UPL seemingly “forgot” to disclose the full volume of toxic pesticides stored next to residential areas north of Durban until after a final safety assessment on the beaches was completed.

The company, which issued a similar statement on 23 September titled “Experts give all clear for beaches to open”, issued a second media statement on Wednesday stating that UPL’s lawyers had written to the provincial Department of Economic Development, Tourism and the Environment (EDTEA), urging the department “to urgently expedite this process so that these beaches can once again be enjoyed by the public”.

Just a few hours later, the eThekwini Municipality hit back against the “irresponsible” UPL statement and reiterated its resolve to keep the affected beaches closed until it received the results of an independent scientific peer review by United Kingdom toxicologist and marine biologist Professor Jason Weeks. The results were expected later this week.

“The issuing of a statement by UPL that beaches are safe is considered as irresponsible in light of the toxic chemicals that had entered tributaries and the oHlanga River, the uMhlanga estuary and the sea. The beaches were closed by the City as a precaution to safeguard users against any harmful effects of the chemicals spilled.

“The City would like to reiterate that the beaches remain closed until the national Department of Forestry, Fisheries and the Environment and the KZN Department of Economic Development, Tourism and Environmental Affairs have considered the peer review findings that will make a determination on the environmental and toxicological risks, and related quality of the sea water for human safety.”

Significantly, the city added: “The review process has not been made any easier by UPL’s declaration last week of additional previously undisclosed product volumes, this after the submission of their final report recommending beaches to be reopened.”

“The City understands the impact that the beach closure has had on the public and tourism in the area. It is not something that the City has taken lightly; however, it must be noted that the public’s health is of critical importance and this is our priority.”

City spokesperson Msawakhe Mayisela said that while extensive efforts had been made to remediate the polluted environment, “the City still has the responsibility to ensure the safety of its residents and beachgoers and has therefore required scientific evidence that the beaches are safe for use”.

Authorities had previously awaited the final, consolidated and signed-off report from UPL’s specialists, which it only received on 24 September. This had been sent for independent expert peer review and the review findings were expected this week.

“The authorities will consider the findings from the independent peer reviewer after which a decision will be made on whether the seawater is safe for use and thereafter the two municipalities (eThekwini and KwaDukuza) will make the decision to review the beach closures.

“The public are asked to be patient and comply with requests from the authorities. Any inconvenience is regretted — however, the safety of the public is of utmost importance.”

When Our Burning Planet asked UPL to comment on the city’s concerns about the new “undisclosed” chemical volumes, company spokesperson Japhet Ncube said: “Far from concealing inventory, after extensive reconciliation efforts, UPL found that some deliveries and transfers from the warehouse which were previously believed to have been completed were not.

“This resulted in an insignificant increase in volumes of six products already listed in the inventory. Upon finalising this reconciliation of stock we communicated this with the municipality.

“UPL has cooperated fully with the relevant authorities and has kept them informed as far as reasonably possible on the process made to contain and rehabilitate the area affected by [the] spill caused by the violent attack on our warehouse facility.

“The samples taken at various points across the coastline included the additional volumes, so have no material impact on the outcomes of the beaches report. The fact remains [that] independent and acclaimed experts have deemed the beaches safe for use. eThekwini as the component authority should move to lift the ban on the beaches,” Ncube stated.

Nevertheless, these new assurances from UPL come against the backdrop of the company’s previous failure to publicly disclose a full list of chemicals stored at the UPL warehouse in Cornubia and the fact that the national Department of Forestry, Fisheries and Environmental Affairs has laid criminal charges against UPL for alleged infringements of environmental laws and its apparent failure to conduct an environmental impact assessment and major hazardous installation assessment before opening a toxic chemicals warehouse in close proximity to schools, homes and shopping centres.

It is understood that as part of the criminal investigation the Green Scorpions environmental inspectorate has consulted a number of sister government agencies such as the SA Revenue Service and customs officials to verify the full chemical lists provided by UPL.

Though no civil court cases appear to have been filed yet, UPL could conceivably face substantial claims for financial compensation from the hospitality industry and other groups for losses suffered due to the beach closure, and other pollution and health-related issues.

In a media statement on Wednesday, UPL said its legal letter to the KZN government followed a meeting on October 11 between UPL’s team of specialists and an external reviewer who had been appointed to conduct a peer review of the report that was submitted to the department on September 24.

“The report presented the results of a chemical analysis of the beaches and sea water at the beginning of September and concluded that all the beaches and ocean outside a 1km exclusion zone, north, south and east of the mouth pose an extremely low chemical risk to the public regardless of whether the estuary mouth is open or closed.

“At this meeting, UPL’s team of independent specialists provided more detail on the chemical analysis and results and also answered all questions posed by the independent reviewer. The team also provided information on the extensive clean-up operations that have been funded by UPL since the attack and which have cost over R250-million to date.”

UPL was of the opinion that “all necessary information has been supplied in order for authorities to determine that the beaches are safe to be reopened.

“UPL recognises the negative impact of the prolonged closure of the beaches on tourism establishments in the area as well as other economic sectors such as the local fishing industry.

“It is therefore concerned that the decision to reopen the beaches is being unnecessarily delayed and has urged EDTEA to urgently expedite this process so that these beaches can once again be enjoyed by the public.” DM/OBP