Does South Africa need a new anti-corruption body or a new modus operandi? 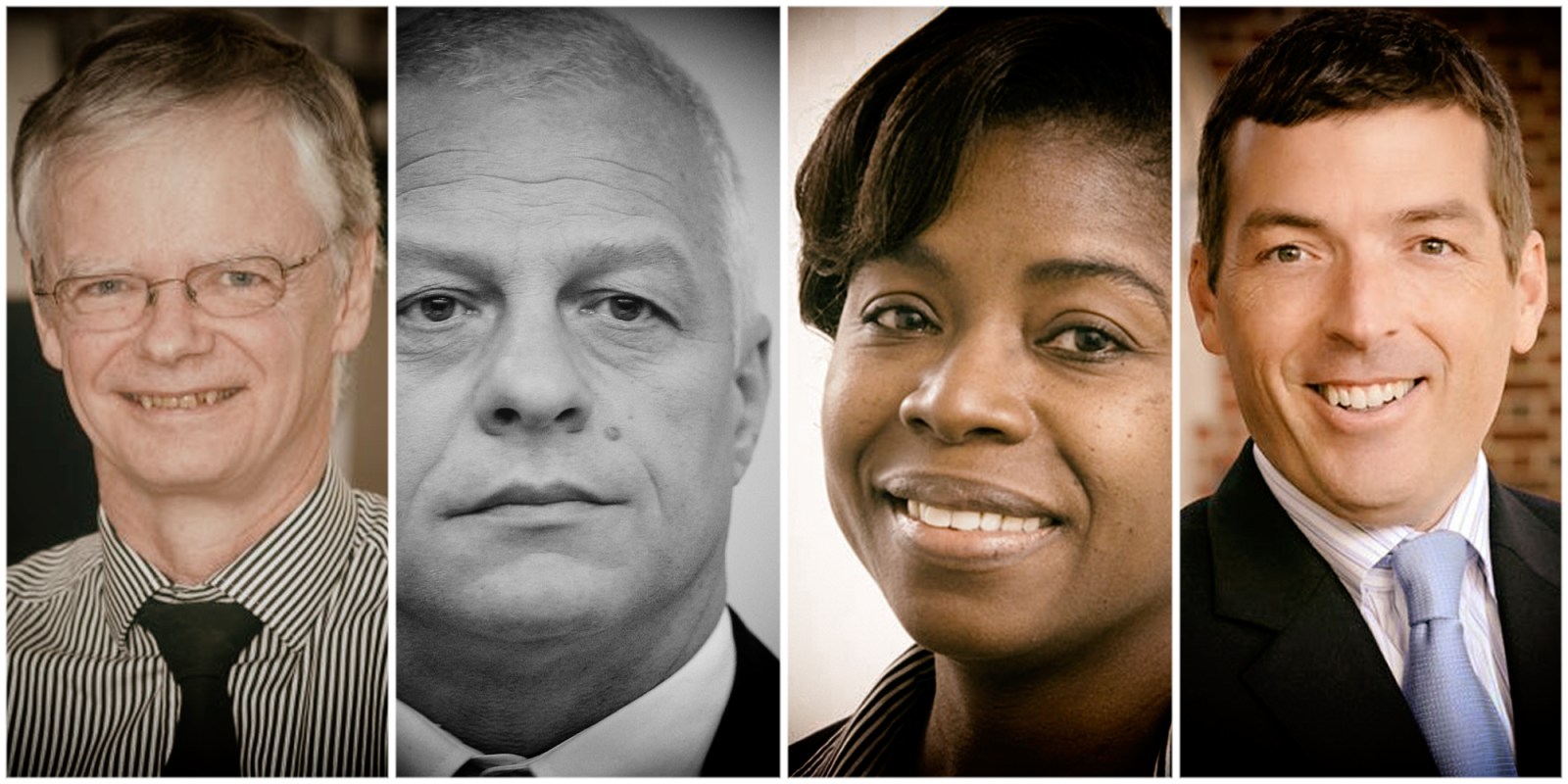 President Ramaphosa has proposed developing a National Anti-Corruption Council. Panellists at a webinar on Tuesday discussed whether the country needs a new anti-graft body or whether it needs to reform the institutions it already has.

The effectiveness of South Africa’s current institutions that are supposed to deal with corruption and how much they are trusted, will have to be taken into account when deciding if a new anti-corruption council is needed or if the existing entities should be trimmed down, strengthened and supervised.

Non-trial resolutions (NTRs) could also be critical to the country’s proposed anti-corruption council, but there is sure to be resistance to this, given that South Africa has been stripped of an estimated trillion rand as a result of graft.

These were among talking points during a high-level dialogue webinar on Tuesday evening that focused on President Cyril Ramaphosa’s proposal for a National Anti-Corruption Council that would report directly to Parliament.

Ramaphosa made the proposal during his State of the Nation Address in February. The response, however, from a mostly jaded public was that the country did not need another agency – it has in the region of 14 already – that would very likely be staffed with incompetent, politically connected cadres even if the word independent was thrown into the mix.

Retired professor Evangelos Mantzaris, the lead researcher for the Inclusive Society Institute at Stellenbosch University’s School for Public Leadership’s research project on the proposed council, was first to the podium.

He told panellists that the “most important thing” was that when the council was established, it was “properly done” and had a foundation that was bolstered by research.

Mantzaris’s own research uses primary and secondary sources in South Africa and internationally, and includes “one or two” successful anti-corruption bodies in African states that incorporate education at all societal levels as ethics injections.

The webinar was hosted by the Inclusive Society Institute, which together with the Anti-Corruption Centre for Education and Research at Stellenbosch University, partnered “to research the realities of international and African advisory councils against corruption and to produce a report which will be handed to the Presidency as a contribution to policy development in this regard”.

Mantzaris said there were two fundamentals to an anti-corruption agency or council: Political will and the right personnel.

“Political will and the selection of new people in this agency has to be based on strengthening anti-corruption agencies, and highly skilled honest employees who undergo regular integrity testing and lifestyle audits.”

It would not be easy, said Mantzaris. “South Africa is not the Seychelles or Botswana or Rwanda. If you look at Seychelles, (which established its anti-corruption body in 2016), international researchers agreed that its agency has achieved miracles because it is completely independent and has strengthened mechanisms to fight corruption, and it developed [an ethical culture via education].”

Former Asset Forfeiture Unit (AFU) head at the National Prosecuting Authority Willie Hofmeyr said that in his experience, the lifestyle audits that Mantzaris proposed were “useless”.

“We have family trusts that can be housed in the Master’s Office, with no index, no way of seeing if someone has a family trust.”

Amnesty for an offender, as proposed by one panellist, was also not possible under the Constitution, said Hofmeyr. “The only amnesty we can use is for people willing to plead guilty and be witness against fellow ‘stealers’, but a court has to find their evidence was honest and truthful.”

Hofmeyr continued: “We must accept that law enforcement has been severely contaminated over the years, and it is probably not a surprise that the latest suspension of the national police commissioner actually means that, apart from the first commissioner of police, every commissioner of police has been removed from office for corruption-related charges. It’s serious. We must think of how those appointments are made.”

He said that not enough attention was given to the prevention of corruption. “When I was the head of the AFU, we had a sophisticated [voice-based test] used for integrity.

“All staff went through those regularly. We need to know that our soldiers’ hands are clean. That is a vital tool – the voice analysis, it’s like a lie-detector lite.”

Such a testing tool should be used for all senior law enforcement appointments and for those involved in supply chain management processes, said Hofmeyr.

“Prevention is a much less politically costly way of cleaning things up than sending powerful politicians to jail when their supporters are going to cause hell, as we have seen in the recent past.”

Because of public outrage, the focus in South Africa’s law enforcement had been on violent crimes and sexual offences, said Hofmeyr. He said the public had every right to be outraged at such crimes “but it does mean that where ‘only money’ goes missing and not people’s lives, it gets less attention. This is why we should be supporting an anti-corruption agency that only focuses on anti-corruption, not rape or murder.”

Hofmeyr said that another “vital power” for an anti-corruption agency was the power to allow answers to self-incriminating questions “like the Scorpions had”.

“If there is no cost to them changing their version when evidence comes up, it drags on and on. The Investigating Directorate does this, but its 30 or 40 people won’t make a difference. Self-incriminating questions can’t be used against the confessor in his own trial, but can be used against others.”

Hofmeyr said he was also in favour of a “proper whistle-blower mechanism” that fell under the control of retired Constitutional Court judges. “Whistle-blowers will feel safe there,” he said.

In her address, Dr Abiola Makinwa, the principal lecturer for commercial law and anti-corruption law and policy at The Hague University of Applied Sciences, said that there was a need for a proper diagnosis of the potential “danger” of a 15th agency.

Research and dialogue was needed to determine if the country needed a new agency or utilisation of the agencies it had, under supervision. South Africa was part of the UN Convention against Corruption, she said, and its applicable framework should be studied.

In the absence of such a gap analysis, it would be difficult to assess the benefit of an additional agency, or of supervision of the current agencies. “Unless these are clearly mapped, a new agency may add to the problem,” she said. “Does South Africa need a new agency, or a new modus operandi?”

There were also systemic challenges that had to be looked at, such as a lack of prosecutorial capacity in cases that were complex and multi-layered and were defended by the best lawyers and accountants on offer.

“Traditional criminal prosecution is time-consuming and susceptible to lack of political will and the influence of elites. Even when in a traditional court prosecution is successful, it may fail to take the money out of the crime, so the poverty trap continues,” said Makinwa.

She said that in the case of global powerhouse companies, out-of-court settlements would often take place. Here, leniency was granted upon the extent to which the company self-reports on acts of corruption and foreign bribery that an anti-corruption agency would not have discovered on its own.

The company also had to show that it had tried to prevent corruption. It was seen as a radical method, said Makinwa, but settlements or agreed resolutions helped to build the business space for compliance, and incentivised the public space to work within this.

NTRs were the new kids on the block, said Makinwa, and were being used successfully globally.

Professor Andrew Spalding, the founding president of the American Society of International Law’s Anti-Corruption Law Interest Group, said that in the early days of the anti-corruption movement in the 1990s, it was said that there were places in the world where corruption was cultural.

“But I have never come across a country where a suitcase of cash under the table is seen as a good thing.” Instead, he said, there were places where corruption was pervasive and there was resignation to it.

“Education would ensure corruption is not something people have to live with. The educational mission of an anti-corruption agency would be to convince the public that there are measures to reduce corruption which have worked and could be adopted.”

Spalding said there were questions that needed to be answered in deciding on the development of a new agency or how to manage the supervision of the country’s existing ones.

“If the commission has a prosecutorial function and collects fines or penalties, what happens to that money? In the United States, it goes to the US Treasury, but how does that help victims of corruption?”

He said that negotiated settlements or non-trial settlements could increase the efficiency of anti-corruption drives out of the courtroom.

“To incentivise that, defendants have to be given penalty reductions, but the public will believe that justice has not been done. In the South African context, this will probably be the case and will be controversial. Non-trial resolutions, however, have been essential in the global context.” DM