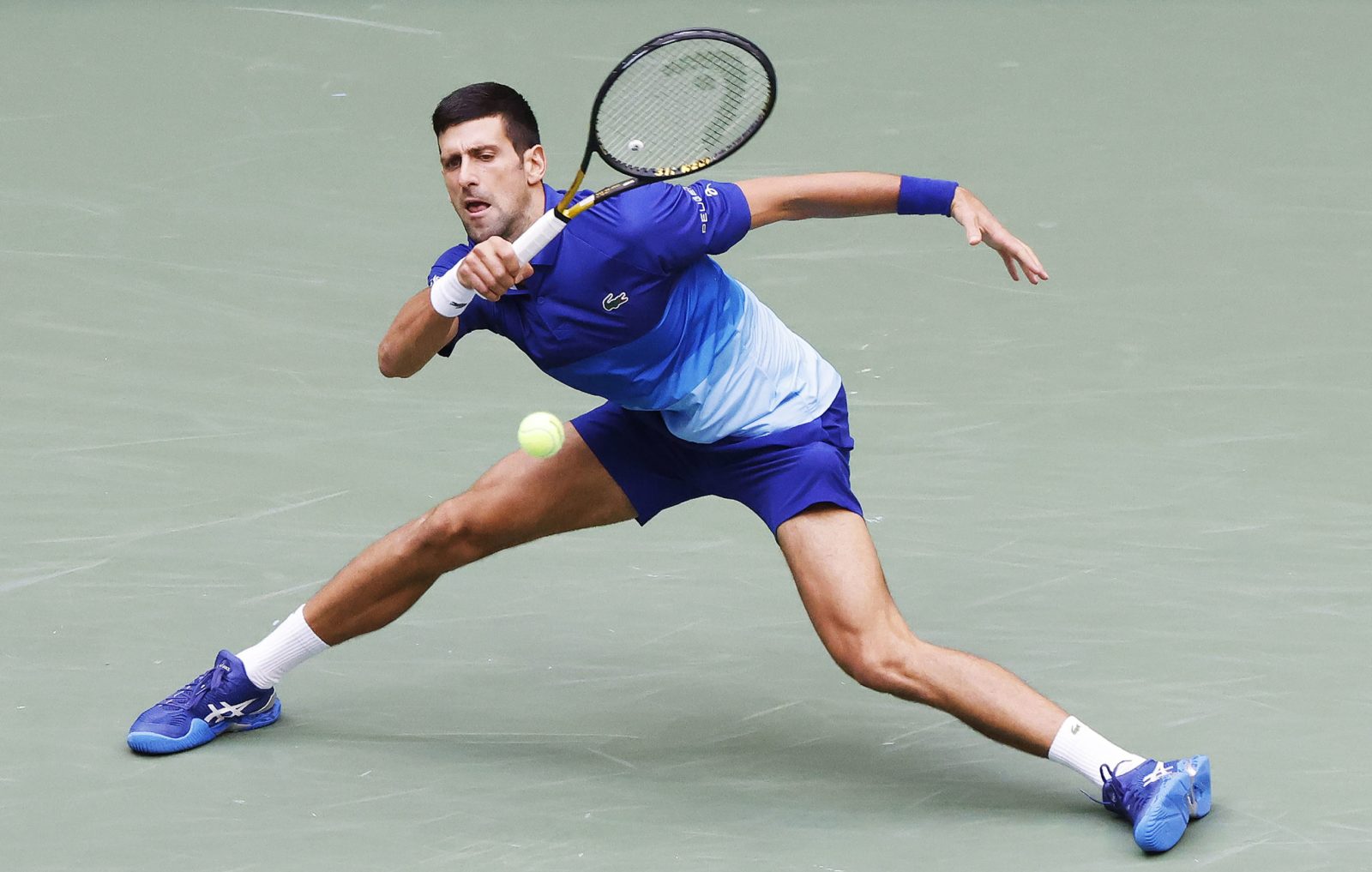 Novak Djokovic hits a return to Daniil Medvedev during the US Open final at the USTA National Tennis Center in Flushing Meadows, New York on 12 September 2021. (Photo: EPA-EFE/Peter Foley)

All players who want a visa to compete in the Australian Open will need to be fully vaccinated for Covid-19, the country’s immigration minister said on Wednesday, putting Novak Djokovic’s title defence and Grand Slam record bid in doubt.

Djokovic, who is level with Roger Federer and Rafael Nadal on 20 Grand Slam titles, has declined to reveal his vaccination status, and said he is unsure if he will defend his Australian Open crown.

The rule could exclude scores of players from the tournament, though vaccination rates are rising.

More than 65% of players on the professional men’s ATP tour are vaccinated and at least 60% on the women’s WTA circuit, according to recent media reports.

Both tours have urged players to get vaccinated but some have voiced reservations.

Russian men’s US Open champion Daniil Medvedev and German world No 4 Alexander Zverev have expressed scepticism about the shot, although their vaccination status remains unknown.

Greek world No 3 Stefanos Tsitsipas said in August he would only get vaccinated if it became mandatory, though later said he planned to have shots before the end of the year.

“They apply to everyone without fear or favour. It doesn’t matter whether you are No 1 in the world or you are anything else,” he told a media conference on Wednesday.

Australia has shut its international borders to non-citizens and non-permanent residents for 18 months, though there have been some high-profile exceptions.

International travel is expected to begin for Australian citizens within weeks, with tourism expected to resume in early 2022.

Authorities in Victoria state, which hosts the Australian Open, said they would make no special deals with unvaccinated athletes to allow them to compete there, even if they had secured visas to enter the country.

Melbourne, Australia’s second-largest city, has been locked down since August due to an outbreak of the highly infectious Delta variant but will begin to open up on Friday, when 70% of the adult population in Victoria is expected to be fully vaccinated. DM/Reuters