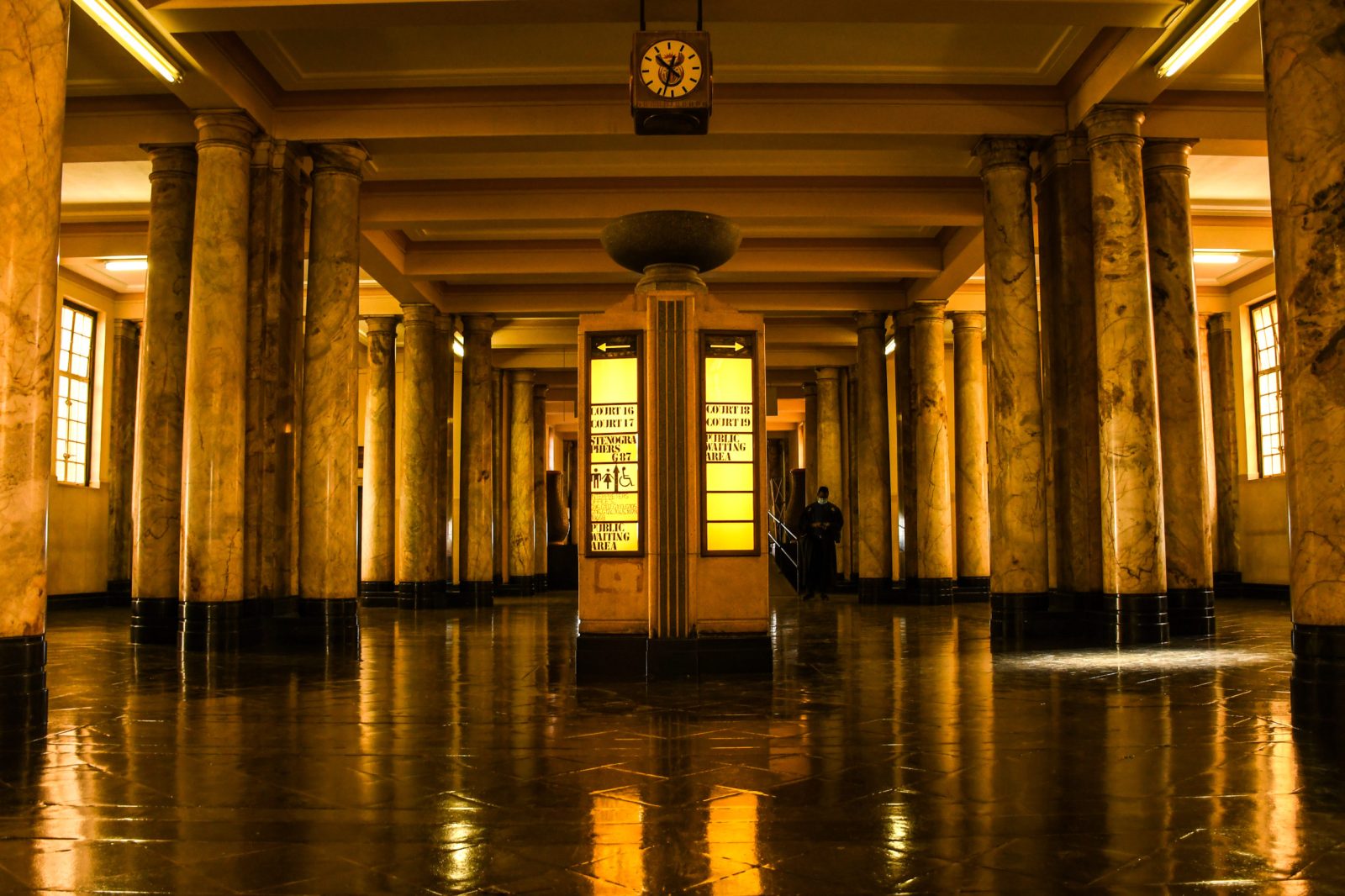 Inside Johannesburg Magistrates’ Court. IT problems at magistrates courts have meant that hearings have not been transcribed or recorded and judgments are unable to be enforced as official court orders cannot be produced. (Photo: Julia Evans)

A broken IT system has caused havoc at magistrate courts and Master’s offices across the country.

The Department of Justice claimed in September that it had suffered a ransomware attack. But the nature and extent of the attack is also not yet fully known and as of mid-October the magistrate courts and Master’s offices are still in disarray. (The IT system at the higher courts are unaffected as they fall under the Office of the Chief Justice and not the Department of Justice.)

While the department recently released a statement indicating that the system is mostly back online, the problems are far from rectified. And state attorneys still cannot use their email — with many using Gmail accounts instead.

A lawyer we spoke to alleged that the IT system went offline, not because of a ransomware attack, but because the department failed to pay its service providers. The department did not respond to our request for comment on this.

Whatever the reasons, the effects are still being felt 40 days later. Here are some examples of how this has hampered the courts:

An attorney told us that some magistrates have proactively handled the situation by delivering handwritten judgments and court orders. But most have postponed cases because they cannot access their laptops.

“This is particularly bad in cases which concern children because urgent disputes involving maintenance and the rights of divorced parents to access their children are simply postponed which negatively affects the psychological wellbeing of both parents and children,” she added.

Vanessa Da Silva Faria, an attorney in Johannesburg, said that the broken system also affected the criminal courts. This is because an appeal against the refusal of bail by a magistrate can only usually be heard by the high court after the record of the bail hearing has been transcribed. But because court proceedings could not be recorded or transcribed, appeals cannot be brought.

“In many cases, this means someone who should have been granted bail remains in detention because the high court usually cannot consider the appeal without the transcript,” she said.

Da Silva Faria also said that several of her clients have been unable to receive the bail amount they paid to the court after their cases were finalised.

The Master’s offices, responsible for the administration of deceased estates, were also affected badly by the attack.

Natalie Spence, an attorney in Cape Town, said that the Master has been unable to provide letters of executorship because of the attack. Without these, executors cannot begin to wind up deceased estates because banks will not accept their authority.

“The Department of Justice has also not fully explained what happened and what systems they have put in place to prevent this from happening again in future,” Spence added.

Another senior attorney in Johannesburg agreed. She said that the true extent of the problem is not fully known and the department has not been transparent.

She said that “while the IT systems appear to be back online, the backlog is immense and it is not known when or how the backlog will be addressed”.