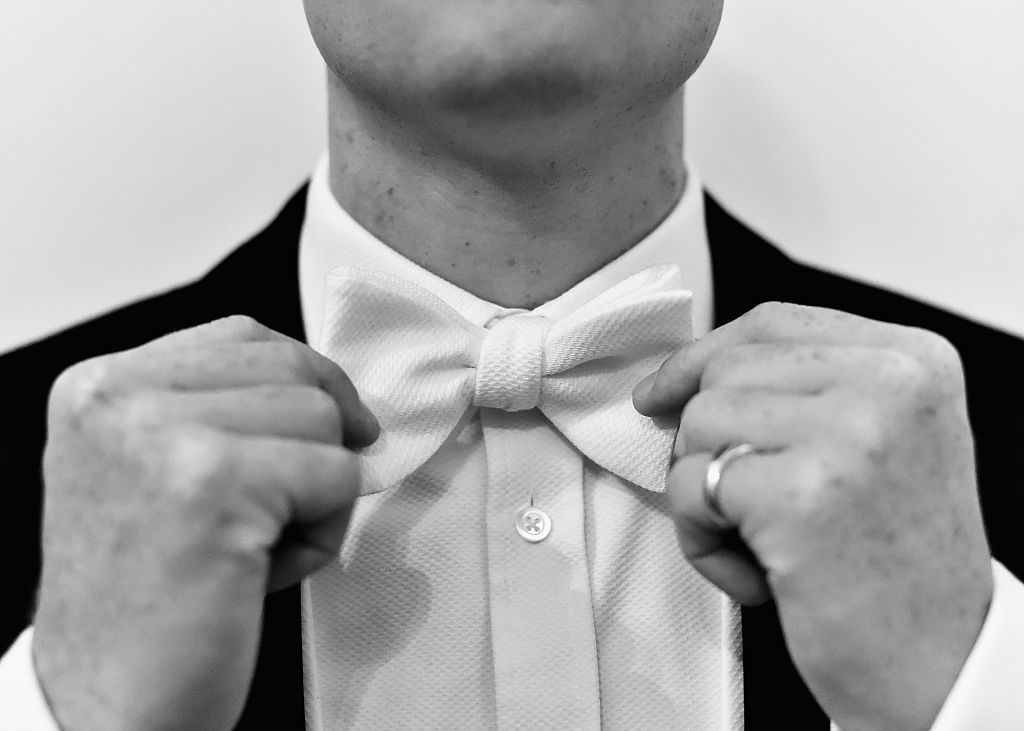 (Image has been digitally altered) A guest arrives at the Queen Charlotte Ball on September 11, 2015 in London, England.(Photo by Gareth Cattermole/Getty Images)

In response, a right-wing South African youth group called Bittereinders (the Bitter Enders), held an anti-transformation protest.“Unhappy? build your own schools,” was the response from one member.

Why is racial inequality perceivably so resistant to transformation? Some say it is because of a failure to acknowledge and confront white privilege.

The police killing of George Floyd in the US city of Minneapolis in 2020 ignited a wave of protests across the globe and intense discussions of anti-black racism.

From France to Columbia and South Africa, demonstrators used the term ‘white privilege’ as a means of challenging people to confront the racial disparities evident in their own countries.

Amid the demonstrations, a group of international scholars brought together at the Center for Advanced Study in the Behavioral Sciences at Stanford University in 2020 began discussing whether the concept of ‘white privilege’ is useful for addressing systemic racial inequalities across national contexts.

Although it is clear that the term has become popular across diverse contexts, some have argued against it. They say that the term ‘white privilege’ reinforces stereotypes, reifies conceptualisations of race, antagonises potential allies and creates even greater resistance to change.

As movements for racial justice have become more global in scope, the term has circulated across national boundaries. However, it does not always translate well to these new contexts.

The term white privilege originated in the US in the 1980s, referring to both the obvious and the hidden advantages afforded to white people by systemic forms of racial injustice. Unlike terms such as “racial injustice” and “systemic racial bias”, the idea of privilege centres the discussion around individuals.

Focusing the discussion on the individual is especially effective for the purposes of anti-racist teaching and advocacy. Unpacking how whiteness operates to bestow privilege may allow us to understand how ‘others’ are systematically denied those same rights.

By the mid-2000s, the term white privilege had been adopted by many educators and activists in the US. They were seeking to call attention to the myriad ways in which whites, regardless of their class, benefit from white supremacy and are, therefore, implicated in maintaining the system. For whites in the US, where many live in racially homogeneous communities, the concept of white privilege could spark individual self-reflection and motivate individual political action.

While scholars in some other countries have recently used the term to elucidate systemic patterns of inequality in their own societies, in other countries scholars have been more dubious about the concept.

In France, use of the term white privilege is relatively recent, introduced in the late 2000s by social scientists. The concept is particularly accurate to describe the legacies of slavery and colonial politics. And it captures the experience of structural racism many inhabitants of France’s social-housing neighbourhoods have shared.

Yet, with growing acceptance of the concept, there has also been resistance. Some decry “white privilege” as creeping Americanisation, ill-fit to France’s liberal tradition and universalism.

Others, echoing critics in the US, argue that a sole focus on racial inequity may entrench, rather than repair, racial divisions in the country. For example, the use of ‘white privilege’ can backfire when it fails to resonate with whites disadvantaged by class, gender or religion. Consequently, the term can, at times, elicit defensive reactions and increased denial of racial disparities.

Race as a political category

Constructions of whiteness and its associated privileges are shaped by different – sometimes contradictory – histories of racial discrimination and racial justice activism. This is because understandings of race and racial categories, as socially constructed categories, remain inconsistent and unequally salient across space and time.

For example, a person from North Africa, from the Indian sub-continent or from Oceania could be considered ‘white’ – in spite of a dark complexion – in many contexts.

Race as a political category is loaded with the histories of racial extermination and racist politics in some places and less so in others. In France ‘white privilege’ could be perceived as provocative because it challenges the French universalist narrative and the modern conception of citizenship and a common will.

Thus, discussions of the material consequences of ‘race’ as a category may occur more openly outside of Western Europe, in Africa and the Americas where native populations were exterminated, enslaved and subjected to various forms of social and political exclusion.

Still, the question of who counts as ‘white’, ‘coloured’, ‘black’, or indigenous remains deeply contested across the globe. As do the explanations for the disparate outcomes and treatment of people in these socially, and sometimes legally, constructed categories. Hence whiteness, and the privileges associated with membership in such a category, remains contextually defined.

For example, an individual of European descent may be treated differently based on where they are in the world. But, this does not negate the fact that someone of Black African origin will often be treated worse than a similarly situated person of European origin in many countries. White privilege persists, even in the absence of any universal definition of “white”.

Toward a goal of racial justice

There have been countless moves to maintain the status quo, such as the Cornwall Hill College anti-transformation protest, You Silence We Amplify, and the U.S. capital insurgency.

Privilege is directly contingent on disfranchisement, measured in terms of who does and does not have access and opportunity. In countries with histories of white supremacy, the meaning of white privilege may seem self-evident to many. But for others there and in other countries, the term may prompt new questions and challenges.

Although the concept of ‘white privilege’ has proved valuable to people advocating for social change in different national contexts, there is also resistance in many countries to the notion that white people are uniquely ‘privileged’ by their race. Some critics seem unwilling to dismantle white supremacy whereas others point to the limitations of ‘white privilege’ to capture the full range of inequalities that shape people’s lives.

A transnational movement for racial justice requires a shared commitment to ending racial inequality across national boundaries. It also requires a sensitivity to the specific, local conditions in which race and racism touch the everyday lives of people.

The concept of ‘white privilege’ remains useful when presented in ways that both resonate with individuals and shed light on structural causes of racial inequality. Then, it has the potential to motivate those with advantages to combat injustices. It can undermine movements for racial justice, however, when it fails to raise awareness of the historical, structural, and political forces that confer some groups advantages over others based on skin colour, phenotype, hair texture and other physical characteristics attributed to ‘race.’

What is clear is that, as a tool for advocacy, ‘white privilege’ cannot be an end but rather a beginning, one of many concepts that can lead individuals toward a critique of systemic racism and global anti-blackness. DM/ML