The poetics of ‘play’, gender and politics in ‘Squid Game’ 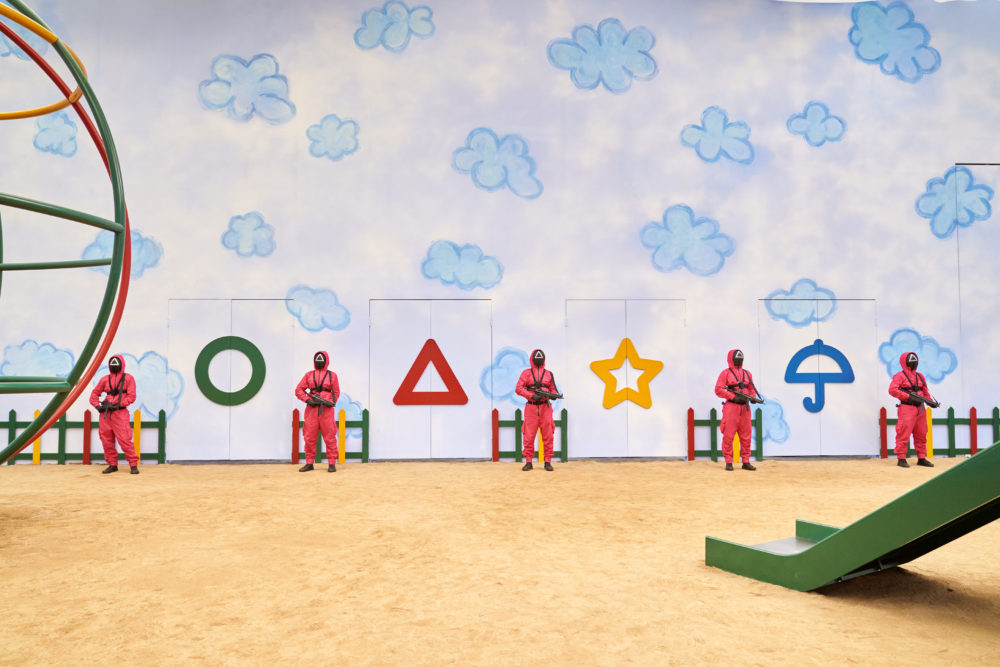 Anyone who has watched ‘Squid Game’ will understand what I mean when I say the production moved me. Not in the inspirational clichéd way, but in a way that knotted my stomach, turning it inside out and leaving me completely undone.

The tragedy of a satire such as Squid Game is that it holds up a mirror to our society, forcing us to engage, reckon with and unempathetically confront a central uncomfortable truth: the tyranny of power and its entanglement with articulations of class, race and gender relations.

SPOILER ALERT: This article contains major spoilers for readers who have not yet watched Squid Game.

Here, I feel compelled to offer a reflection of Squid Game that draws our attention to transnational wounds of economic, gender and racial inequities and how these injustices are brought to consciousness through the theme of “play”.

Squid Game is a Netflix series that captures the lives of individuals in debt or financial distress who are offered an opportunity to participate in traditional South Korean children’s games that, if won, result in a huge cash prize that can be used to settle their debt.

To play implies to have fun, to engage pleasurably, freely, easily and innocently. The satirical spin on the notion of play and states of child-likeness in Squid Game is complicated by the imminent threat of death. While the idea of playing mostly resonates positively within the context of childhood development, and in fact can be postulated as a rite of passage, the pleasure of play is taken away by the murder of participants who lose.

There are six games and in some, those who lose are killed by the mechanics of the game, and in others by Squid Game staff, who are dressed in red uniforms and black masks. As the games progress, there are losers until eventually there is only one person standing.

The idea of winners and losers is political and economic capitalist thought wherein the colonial modus operandi of “survival of the fittest” is encouraged and employed. As in our societies, the need to survive in Squid Game results in unequal practices and unequal opportunities for participation.

The man known as the Masked Front Man, who leads the games in Squid Game, asserts that the games are fair and the grounds for participation are equal. The Masked Front Man also declares that the structures and systems of the world are responsible for inequality, but that within the Squid Game facility equality of opportunity is ensured. The organisers and leaders of the games argue that all its participants are given a chance to free themselves of economic struggle.

I am conflicted by this assertion and also mortified that the commodification of human life can be argued as just – that freedom is monetised to the extent that it places class position above being human.

But we know that capitalism is unfair, and this is played out through spectacular displays of violence in Squid Game. Mimicking global misogynistic attitudes, we also see how despite the games’ “constitution” (for lack of a better word) the organisers of the games, much like the state, do not ensure equitable participation because it is the women and migrant people who end up being the biggest losers.

A Pakistani player known as Ali is exploited both in his workplace as a factory worker and on the Squid Game playground because he is not familiar with any of the Korean games, nor does he have a firm grasp of the Korean language that the games are explained in. Ali’s kindred spirit and innocence are manipulated by Player 218 who poses as his ally but betrays him in a game that results in Ali’s death. This series brilliantly visibilises Pakistani migrant labourers in Korea and their struggle for economic class sustenance, sense of belonging and community.

Women who watched this series might also resonate with the sentiment of being set up for loss through relating to the character known as “Pickpocket” or  67 or Kang Sae-Byeok. Kang is initially portrayed as mysterious and cold but we learn that she is from North Korea, orphaned and has a younger brother in an orphanage. She struggles to make ends meet, hence her skilled pickpocketing on the streets of South Korea. She also faces physical and verbal abuse from Player 101, a gangster with whom Kang once had some sort of personal/professional relationship-turned-conflict. But Kang is cheeky and smart and fights back, although this is hardly enough to shield her from gender-based violence. This is where Squid Game highlights the sanctity of sisterhood.

In the series, we see how men choose each other for the games that require groupings or pairings. Male players emphasise the need to compete in teams that exhibit strength, strategy and intellect. These are hegemonic masculine scripts that are imaged as superior and mythologised as an impossibility among women.

Kang and another female player known as Player 240, Ji Yeong, pair up for a 30-minute game where only one of them can win and the other will die. The pair must decide on their own rules for this game which involves acquiring your partner’s marbles. Kang and Ji decide to spend their time sharing details about their lives until the last few minutes where they will have a take-all game for the marbles.

It’s during this game that Kang admits to needing to win the money to take her brother out of the orphanage and provide a better quality of life for them both. Ji sacrifices her life by deliberately losing and giving Kang her marbles so she can win and provide for her brother and herself. The equitable, rather than equal, practices and powers of sisterhood are shown in this encounter. Squid Game also encourages us to form sister circles of solidarity and compassion, especially in times of adversity.

In highlighting sisterhood, Squid Game also inadvertently zones in on how dangerous men are. Along with male players 456 and 218, Kang moves on into the sixth and final game. She is badly injured at this point and as a result of extensive blood loss grows weak and is on the verge of death. But she is murdered by male player 218 who sneaks up on her in her final moments and before she can compete in the final game. This is femicide. Men will murder you when you pose a threat. Men are sore losers and will do anything to up their stakes.

It may seem rooted in the South Korean socio-political context, but Squid Game holds up a mirror to our realities as well, as a grotesque representation of South Africa, of our continent and of our world. Squid Game is heteropatriarchal capitalist white monopoly rule, and people die because of this tyranny.

The masks worn by the leaders and organisers of Squid Game are deeply symbolic of the disguise of those who loot state funds, who benefit from exploitation, who exercise power over others – we never know who to hold accountable. Perpetrators of corruption, misadministration, violence and harm are concealed. Perpetrators also conceal one another in a twisted game that departs from a polarity – you either win or lose. The game is rigged and so is our society. DM/ML

Mbali Mazibuko is a researcher at the Institute for Gender Studies, Unisa and a PhD Candidate at the University of the Western Cape, Department of Women’s and Gender Studies. [email protected]_Mbali