Nikolay Vavilov: the Russian who tried to feed the world — and starved to death 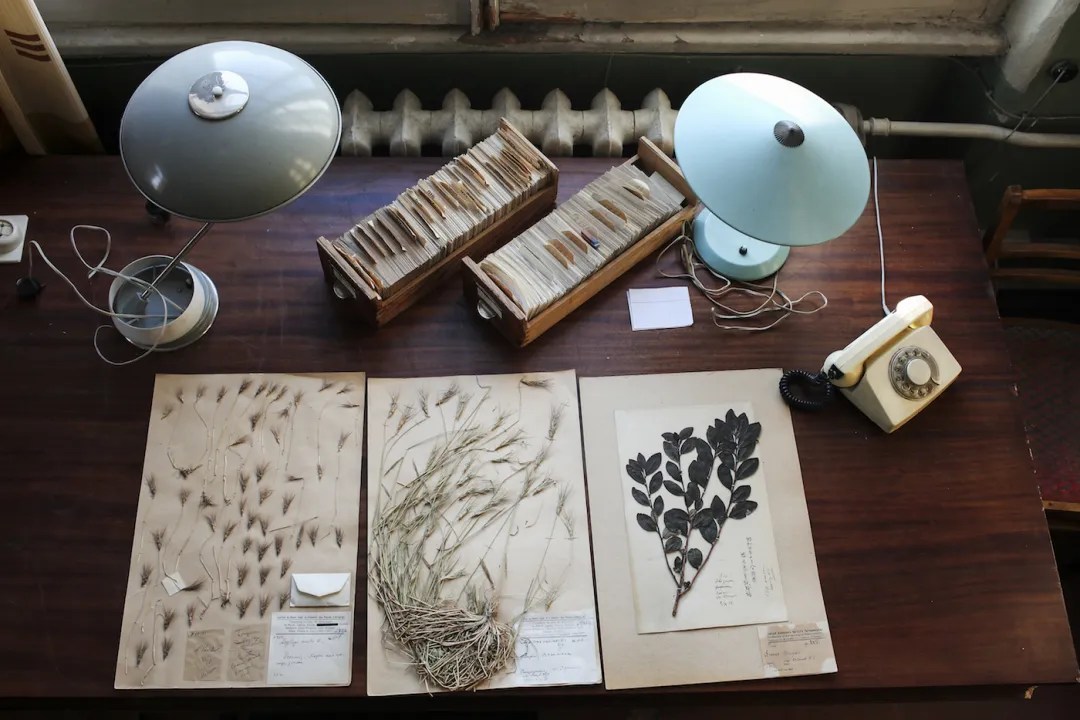 As he lay dying of hunger in a Russian Gulag, biologist, geneticist, geographer and agronomist Nikolay Vavilov must have tasted the irony of his situation after a life dedicated to saving Russia from famine and feeding the world.

A good deal of the food you eat is thanks to Nikolay Vavilov, a scientist you’ve probably never heard of. This is a story about the extraordinary global resource he created and the supreme self-sacrifice it cost to save it. It begins towards the end: with a war.

In his quest to conquer Europe and possibly the world, Hitler knew it wasn’t just about moving tanks and bombing cities. Conquest required ongoing domination and he developed the idea that the key to that was control of food or, more specifically, seed.

A little-known influence in his decision to turn on Russia — madness in retrospect — was to grab its massive seed collection which had been built up by Vavilov. The prize was the Institute of Plant Industry he had established in Leningrad.

In September 1941, German forces began their siege on the city, choking food supply to the city’s two million residents. In the Institute were thousands of seeds collected from around the world as well as pulses and legumes grown on its farms, all stored in the city vaults as the Germans advanced.

As cannon fire and bombs rained down on Leningrad, scientists and workers at the Institute barricaded themselves inside their vaults. In the streets, people were eating grass and boiling the leather of their shoes, yet not one of the scientists touched the treasure trove they were guarding — literally with their lives. As the siege dragged on for 900 days, one by one these men started dying of hunger.

One of the survivors said: “It was hard to wake up, it was hard to get on your feet and put on your clothes in the morning. But no, it was not hard to protect the seeds once you had your wits about you. Saving those seeds for future generations and helping the world recover after war was more important than a single person’s comfort.”

If that was not irony enough, the man who had been responsible for this great collection lay dying of starvation in a Soviet prison in Saratov accused of treason for peddling “bourgeois” theories of Mendelian genetics.

Over three decades of tireless scientific work, he had travelled to 65 countries, amassing the largest collection in the world of species and strains of cultivated plants and had developed strategies on how to use them for breeding new strains.

His theory on global centres of origin for cultivated plants predicted hotspots from which all human agriculture emerged and where seed variation was greatest and most worthy of protection. In his research, he had one single objective: to increase agricultural production and to provide more food.

He dreamed of a utopian future in which new agricultural practices and science could one day create super plants that would grow in any environment, ending world hunger. It was, he said, “a mission for all humanity’’. Even as Russia was undergoing revolutions, anarchy and famines, he continued to amass seeds at the Institute of Plant Industry.

“He was one of the first scientists to really listen to farmers — traditional farmers, peasant farmers around the world — and why they felt seed diversity was important in their fields,” wrote Gary Paul Nabhan, an ethnobiologist who chronicled Vavilov’s life in Where Our Food Comes From: Retracing Nikolay Vavilov’s Quest to End Famine.

But then Vavilov’s quest hit a roadblock: a former student, Trofim Lysenko, whose bizarre concepts of plant biology had won favour with Joseph Stalin who needed a scapegoat for his disastrous agrarian reforms.

In 1929, Stalin had begun a campaign of mass agricultural collectivisation. Peasants were forced into collective farms from which the government demanded contributions in the form of obligatory provisions of grain, meat, milk and other products. These demands regularly exceeded the capacities of the collective and peasants were left with nothing of the harvest.

The consequences were catastrophic. Millions of peasants died from repression and hunger. The authorities needed scapegoats and, with prodding from Lysenko, they began arresting “bourgeois” agronomists and plant breeders.

Vavilov’s co-workers were accused of creating a conspiratory anti­-Soviet organisation and, under torture, forced to “confess” to crimes never committed and to name accomplices. Not suspecting he was in danger, Vavilov demanded their release in letters that were later to be used against him.

By 1939 Vavilov understood that he had fallen into disgrace. He was removed from the post of President of the Academy of Agricultural Sciences and replaced by Lysenko, who denied the existence of genes.

The authorities demanded that Vavilov recant and repudiate his genetic theories. He refused, stating “You can bring me to the stake, you can burn me, but I will not  renounce my convictions.” It was a step too far and a proclamation was issued:

ORDER OF ARREST No. 529. August 7, 1940. Issued to Comrades Kobtsev and Koslov of the National Security for executing the arrest and search of Vavilov, Nicolay lvanovich, address: Zemlyanoy Val no. 21123, apt. 54, Moscow, or where found. People’s Commissar of Internal Affairs of the USSR.

He was arrested, subjected to torture and 400 interrogations, together lasting 1,700 hours. He was then sentenced to death, but hypocritically “pardoned” to 20 years in a gulag prison. There he slowly starved to death.

An act of biopiracy

Having failed to secure the Leningrad seed bank, the Germans focused on other Vavilov centres. As troops retreated in 1943, an elite Nazi commando raided 18 Soviet science institutes and 200 field stations scattered across Ukraine and Crimea. Records are sketchy, but a Soviet commission claimed that 40,000 samples were destroyed or lost in the process.

If we knew exactly what had happened to those seeds since the war, it could close the book on one of the greatest acts of biopiracy in history.

Many of the stolen specimens were brought back to Germany, some to Lannach, a secluded Austrian castle. While many were probably absorbed into the collections of German institutes, the seeds stored at Lannach are still unaccounted for. Some of them may have ended up in Sweden, Argentina and even England, perhaps carried there by the Nazi castle steward and his English assistant.

Vavilov’s unfinished book, Five Continents, about his travels, was considered lost. But it had been hidden by his stenographer, AS Mishina, and when Vavilov’s charges were posthumously lifted in the 1950s it was published.

“All of our notions about biological diversity and needing diversity of foods on our plates to keep us healthy sprung from Vavilov’s work 80 years ago,” Gary Nabhan was to write in his book about the biologist. “If justice be done, he would be as famous as Charles Darwin”. DM/OBP

Nikolay Vavilov: the Russian who tried to feed the world — and starved to death