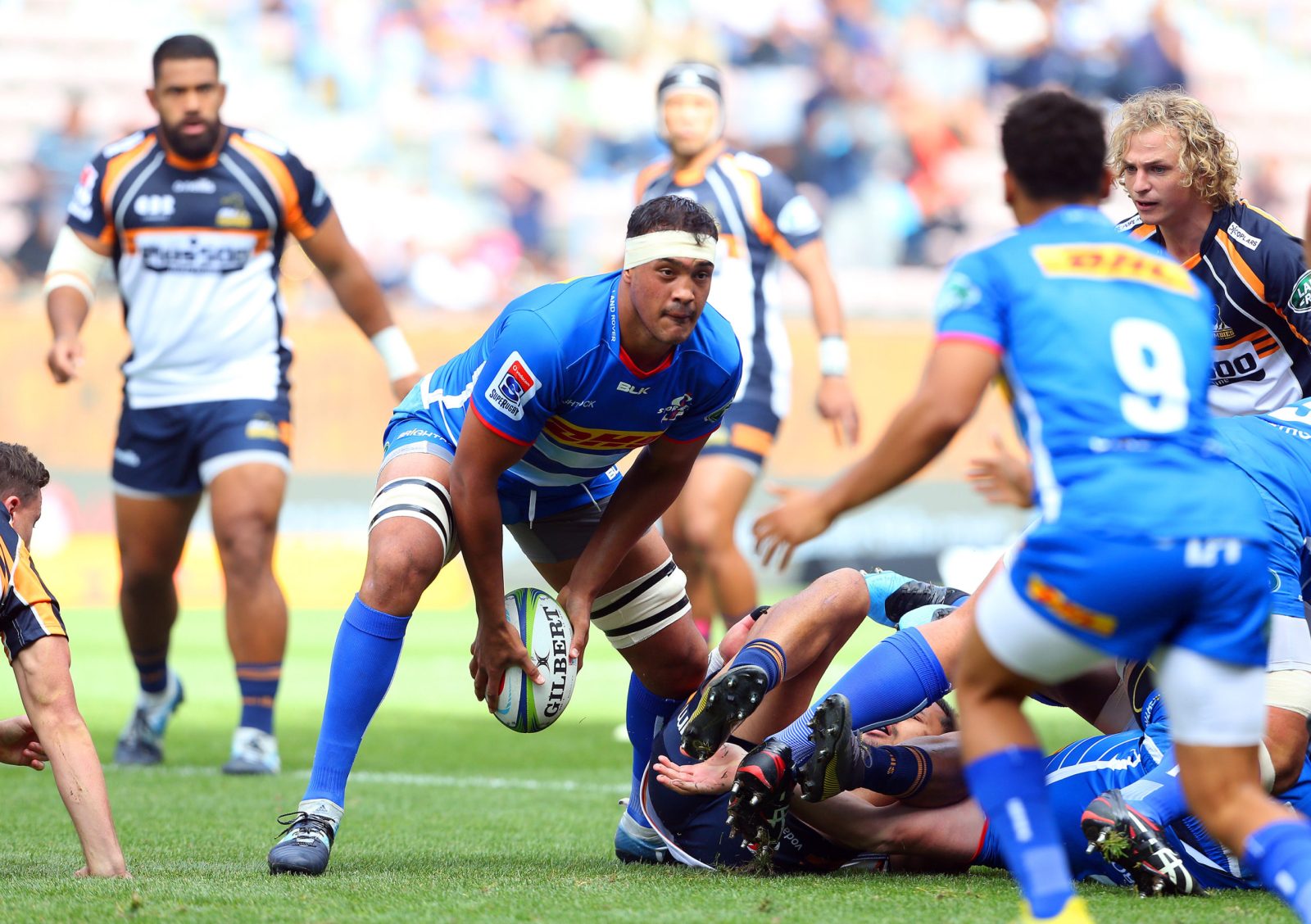 New Bok addition Salmaan Moerat of the Stormers during a Super Rugby match against the Brumbies at Newlands in Cape Town on 20 April 2019. (Photo: Carl Fourie/Gallo Images)

Springbok coach Jacques Nienaber named a 32-man squad for the team’s November tour to the UK which culminates in a World Cup final rematch against England.

It’s a sign of the growth of the Springbok squad over 2021 that there was only room for one new face – lock Salmaan Moerat – among the 32 players selected to tour the UK in November.

Bok coach Jacques Nienaber has used 39 players in 10 Tests in 2021, but with travel restrictions eased because South Africa has been removed from the UK’s Covid-19 red list, he was able to choose a smaller group for this tour.

There were 42 players in the Rugby Championship squad based in Australia because of logistical challenges around Covid restrictions. Long isolation periods will not be an issue on this tour while Nienaber also had a lengthy list of injuries to contend with, which also culled the squad.

Scrumhalf Faf de Klerk is out for five months with a hip injury. Brilliant wing Cheslin Kolbe is also out of action after failing to recover from a knee injury sustained while training in Australia.

“A number of players have put up their hands in the Currie Cup and the first four rounds of the United Rugby Championship, which is great for our local game, and while they remain on our radar we’ve decided to stick with the core of our 2021 squad for this tour,” Nienaber said.

Scrumhalf Grant Williams was in Australia but did not receive any playing minutes. Gifted wing/fullback Aphelele Fassi hasn’t played since early August when he featured against Argentina in Gqeberha.

Despite only two uncapped players in the squad – Williams and Moerat – this is not a vastly experienced team. The spine is there but there are eight players with fewer than 10 caps and another five with between 10 and 20 caps.

The injuries to so many key players will test the Boks, but also provide chances for some fringe players to earn some game time. And it’s not as if the Boks are approaching this tour as a development campaign, where growth is more important than winning.

Nienaber stated that the clear objective was winning all three matches against three of the four countries that made up the 2021 British & Irish Lions. The Boks have not won all their matches on a single northern hemisphere tour since 2013.

“We definitely want to win all the matches but we know that it will be difficult if you look at the quality of the squads we will be facing,” Nienaber said.

“We have not won all our matches in almost a decade, so it’s an objective and a challenge. That was part of our thinking when we selected this squad.

“We are also only 20 Test matches away from Rugby World Cup 2023, so we have to continue to build consistency and continuity and continue to grow our game. We lost a lot of time in 2020 (because of Covid cancellations), so we are trying to improve what we’re doing well and look for opportunities to evolve our game plan as well.

“There will also be a little bit of spice and an element of them (Scotland, Wales and England) trying to rectify what happened in the Lions series (the Boks won it 2-1).

“Although there will be some hangover from that series, we as the Boks have to get used to being a target for all teams because we are the reigning world champions and the number one-ranked team in the world. We are the team opponents want to measure themselves against, as we found out in the Rugby Championship.”

Veteran flyhalf Morné Steyn, who kicked the series-winning penalty against the 2021 British & Lions, almost unbelievably as he did against the 2009 Lions, has retired from Test rugby.

Steyn (37), who had been in the international wilderness for five years before his recall this season, did not feature in the away leg of the Rugby Championship, and with his children nearly out of primary school, he has decided to call it quits.

That means the Boks will tour with only two specialist flyhalves in Handré Pollard and Elton Jantjies.

As a quiet general on the field, Steyn played in 68 Tests, scoring 742 points leaving him only behind Percy Montgomery as South Africa’s leading Test scorer.

Nienaber wanted Steyn to remain available and perhaps play a super-sub role at RWC 2023 – much like 37-year-old hooker Schalk Brits did at RWC 2019 – but Steyn decided against it.

“We wouldn’t have put him in the Lions and Rugby Championship groups if we didn’t feel there was a role for him to play up to 2023,” said Nienaber.

“Morné’s rugby IQ is so high and his intellectual capital vast. He was always eager to share his insights. But we’re 100% comfortable with his decision, we respect it fully. In my communication with him, he said that he believes there’s about two years of competitive play left in him and he’d like to enjoy it with the Bulls.

“We’re all in different phases of our lives and Morné’s is also unique. We embrace that and understand it.

“What tilted towards his retirement is that he’s a big family man and I think, especially with Covid and access, it’s not easy for family to come into bubbles.”

“It was phenomenal working with him over the last 20 weeks,” he said. “He always contributed, painted good pictures, helped prepare the team, and was never afraid to give his input to the younger players.

“What can you say? He’s just been such a great servant to SA rugby and a brilliant rugby player. Hats off to him in terms of what he’s delivered on the field. He created magic, like the contests against the Lions and winning it twice.” DM