Broken promises on water, electricity and housing: A lo...

Broken promises on water, electricity and housing: A long journey through the Free State and North West 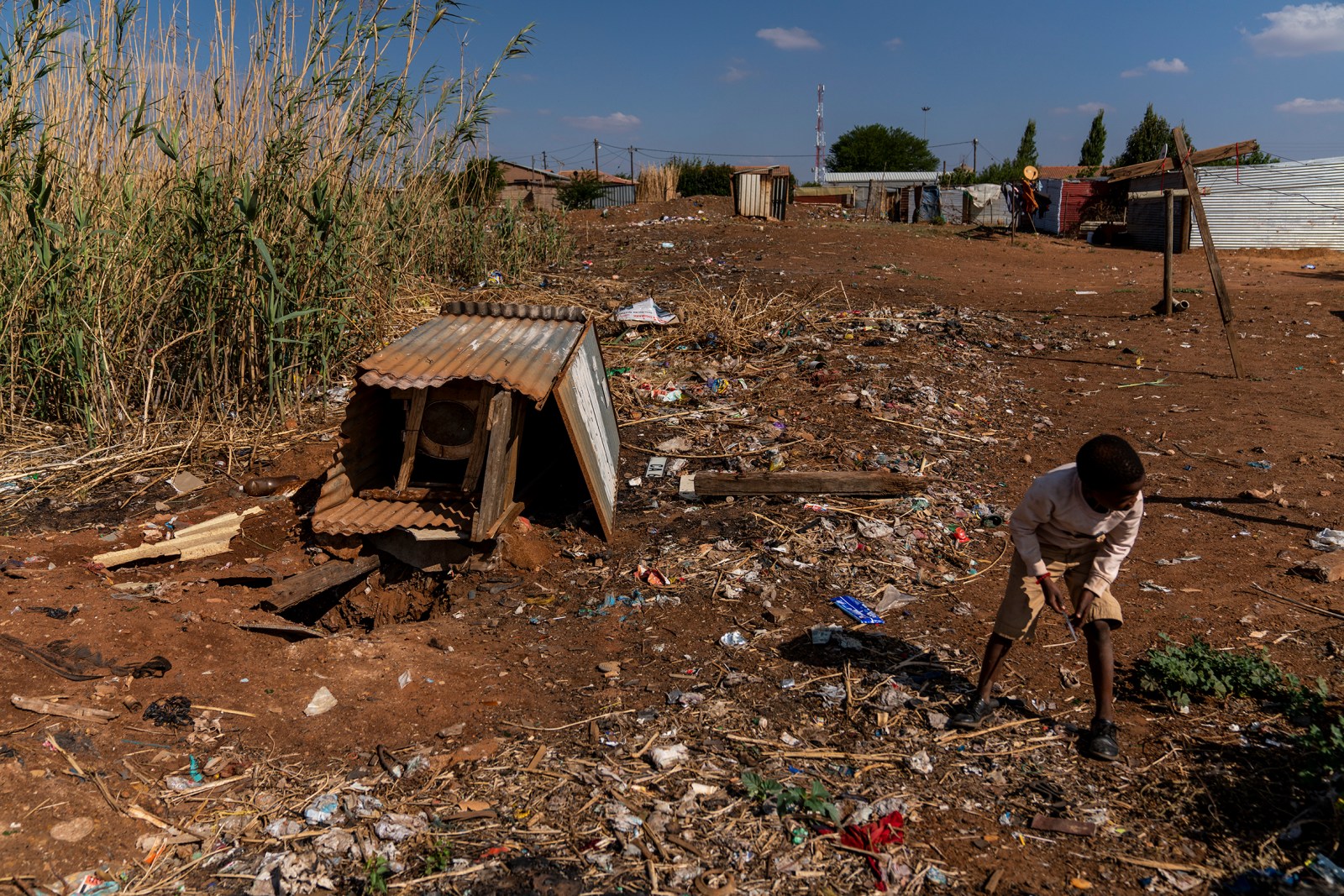 Travelling through the North West and Free State provinces ahead of the local government elections, what is heard time and again is the desperation for jobs and basic services – which municipalities have neglected for years. Many residents say they won’t bother to vote for parties that promise much but do nothing.

After we conducted more than 25 interviews in over a dozen communities across North West and Free State, the road to the local government elections converged at a common intersection: desperation for jobs and basic services such as water, electricity and housing. With just over two weeks until the vote, politicians are once again on the prowl to create victims of empty promises while ordinary people’s lives fall apart. There’s no wonder so many citizens have given up on voting. 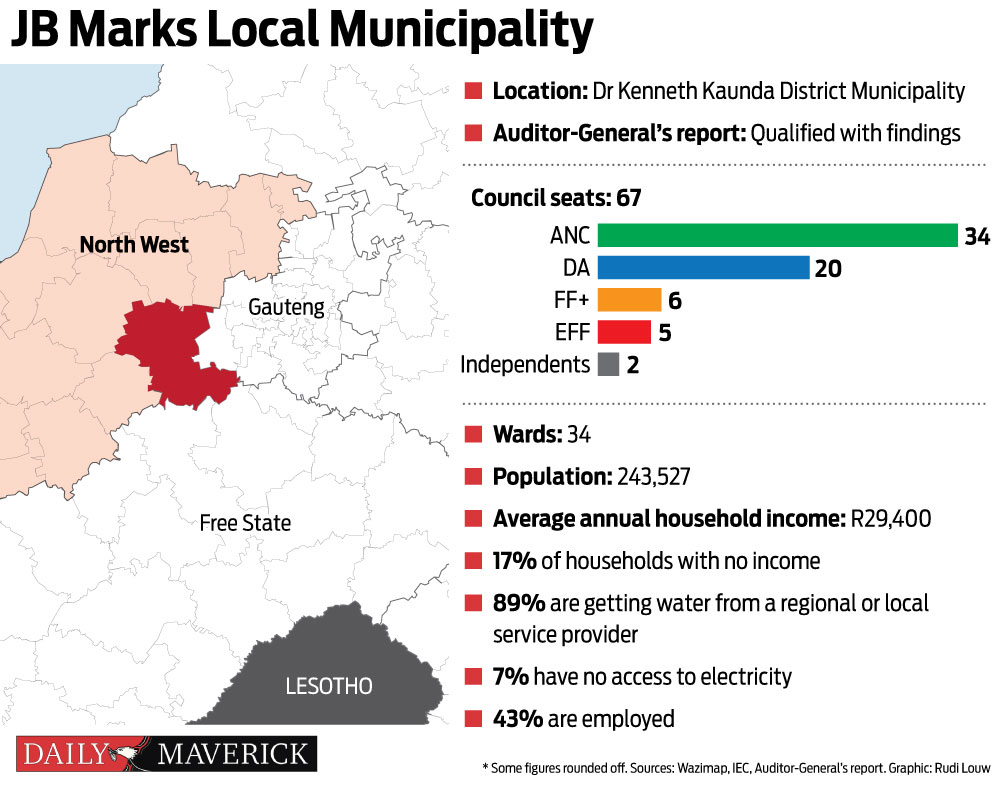 When the Tlokwe and Ventersdorp councils were merged to form JB Marks Municipality, Julia Mohapi and other residents of Ikageng, Potchefstroom, had renewed hope. Yet, since the merger during the 2016 demarcation cycle, residents say the situation has deteriorated beyond imagination.

Despite years of promises of a better life, many residents of Ikageng and its surroundings are still waiting for houses.

Charmain Kalane applied for a house in 2012 but was told her house is on hold.

“What does that even mean? I am back in the family home because I can no longer afford the rent while I wait for my house,” she said.

“I have a house but as you can see it’s incomplete and it always gets flooded during rains,” said Mohapi.

Most of the local houses flood when it rains and officials have promised to address the problem.

Mohapi’s neighbour Mapaseka Mogorosi said: “During his visit when he was still deputy president, Ramaphosa promised to fix the drains to stop the flooding in our houses.”

Mohapi, Kalane and Mogorosi all said they would abstain from voting because their votes do not work for them.

JB Marks Municipality has long been dogged by allegations of corruption and mayor Kgotso Khumalo resigned this year after he was charged in a R5-million corruption case.

Residents in the Free State town of Mooidraai, Sasolburg, aren’t waiting for the government to give them houses.

With the support of the EFF, families are occupying vacant land in the area and erecting shacks. Residents said the ANC and EFF were in a battle for control of the area and often clashed openly.

“The EFF said we must vote for them and they promised us houses,” said Itumeleng Saole (21), who lives in Mooidraai with her boyfriend. The strong smell of paraffin wafted from her one-room shack.

The first impression of Ratanang, an informal settlement on the edge of Klerksdorp, was that there were no men in the area. A middle-aged woman pushed four 20-litre containers of water in a wheelbarrow while other women wandered about carrying beers. According to residents, many of the men spend their days in drinking holes.

Finally, a man appeared. He had bloodshot eyes, looked very tired and had his hands down his pants. He scanned the scene suspiciously before warning about the water shortage. Dozens of containers were lined up next to the only tap in the area. When the tap runs dry, which happens often, residents buy water from a local businessman – 20 litres for R5.

Ratanang resident Anna le Roux, a 38-year-old mother of four, has made a small business off the lack of water. She also charges residents R5 to deliver 20 litres of water, but when the local taps run dry she drops the cost to R2 or R3 to undercut the local businessman charging R5.

“I work all day as long as people want me to deliver. The money helps me to buy my own water and food for my kids,” she said.

Ratanang resident Onica van Bondes (61) was fuming. “I voted for Malema, nothing changed and now he is back with more lies. Where is the water he promised us?”

Ratanang falls under the Matlosana Municipality, where the average annual household income is R29,400 (R2,450 a month). According to statistics dating from before the pandemic, only 40% of the population is employed.

Town after town, the deprivation in poor rural communities seems endless, as though universal struggle has replaced universal rights to the most basic of services. Over in Thaba Bosiu, Free State, which falls under the Maluti-a-Phofung Municipality, dozens of people mobbed water delivery trucks.

Residents filled every empty container they could find with water, even large basins. Emotions ran high and an elderly community member known as Meshack explained that people were angry at politicians for the non-delivery of services and water shortages.

Sanitation challenges are also rife. In Botshabelo, Mangaung, Free State, 21-year-old Jabulile Seekane’s hands were dirty as she helped labourers construct a pit latrine. “Our old toilet is full so we are building another one for ourselves,” she said, adding that nothing worked in the area.

“The electricity is on and off. We have to ask for water from neighbours and crime is on the increase… I will not vote for empty promises.” 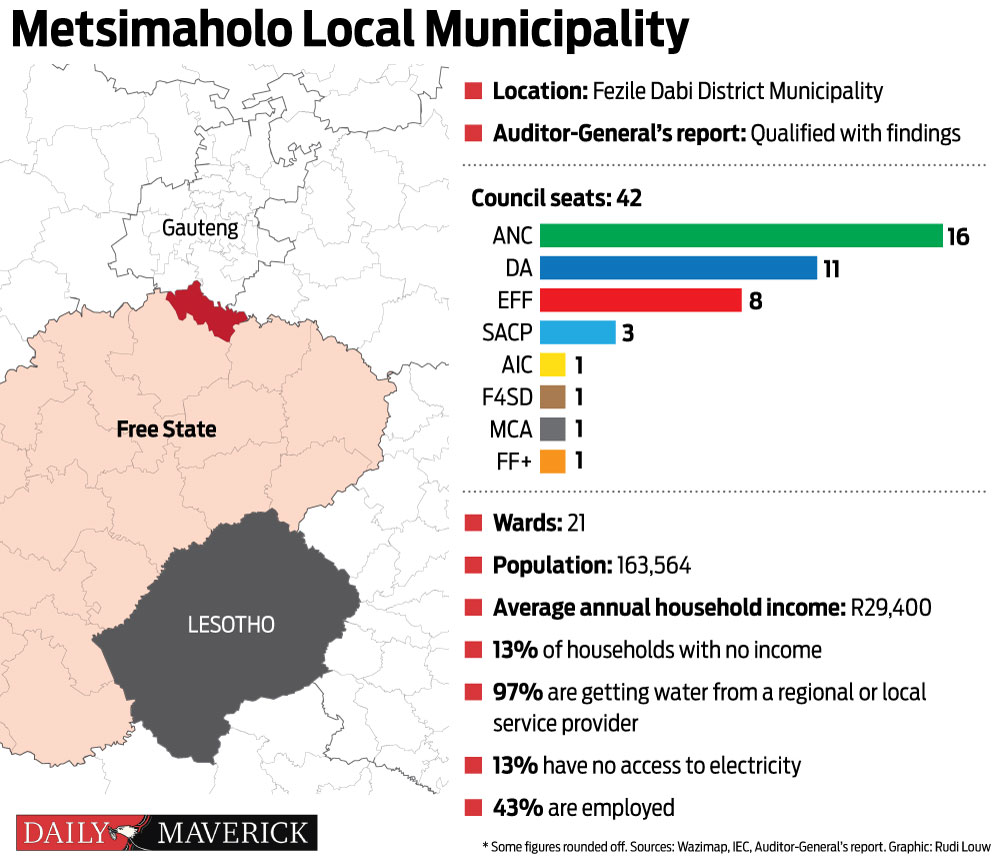 Alina Skonyela from Sasolburg said people who vote had benefited from the government. Skonyela hasn’t. “We were promised electricity long ago but we are still using candles and paraffin.”

Sasolburg falls under Metsimaholo Municipality and residents say service delivery has suffered in the past few years because of political infighting under a coalition government that was formed in 2017 and included the ANC, SACP, the Metsimaholo Community Association and Forum 4 Service Delivery, with an SACP mayor.

Electricity problems cut across the two provinces. People said they have no power at all or experience random blackouts.

“We will not vote here because we have nothing. We have no electricity. Nyaope addicts cut the cables,” said Nozuko Xunge from Nkaneng in Marikana, North West.

Many people across the two provinces expressed their desperation for work and many blamed their woes on corruption within the ruling party. In Free State, that anger centred on suspended ANC secretary-general Ace Magashule.

Caroline Hadebe, from Kestell in Maluti-a-Phofung, said the municipality’s former mayor, Vusi Tshabalala, was more concerned with protecting Magashule than the community.

“Imagine a mayor going on radio and not worrying about what affects their community and instead worry about the fate of his political leader Magashule. They only care about themselves, their families and friends, yet they want us to vote. I won’t bother [with voting],” she said.

Tshabalala was removed in 2018 after 16 ANC councillors voted with the opposition to remove the scandal-plagued mayor. The ANC then expelled those 16 members. Just last week, the ANC’s Free State interim provincial committee suspended Tshabalala, who had since been promoted to ANC chief whip in the provincial legislature, for supporting rival parties seen as loyal to Magashule.

Many voters are now cynical about politics. Over at a B&B in Phuthaditjhaba, two of the establishment’s employees chatted over lunch. The conversation was about the scholarships Magashule offered students, recently reported as stranded and homeless, to study in Turkey.

“We don’t want to see [Magashule]. He used our kids’ desperation for education as a front for his criminal ring. Now the whole of Free State is baying for his blood,” said one of the women. DM168