Ace Magashule appears in Bloemfontein High Court, claims the corruption case against him is a smear 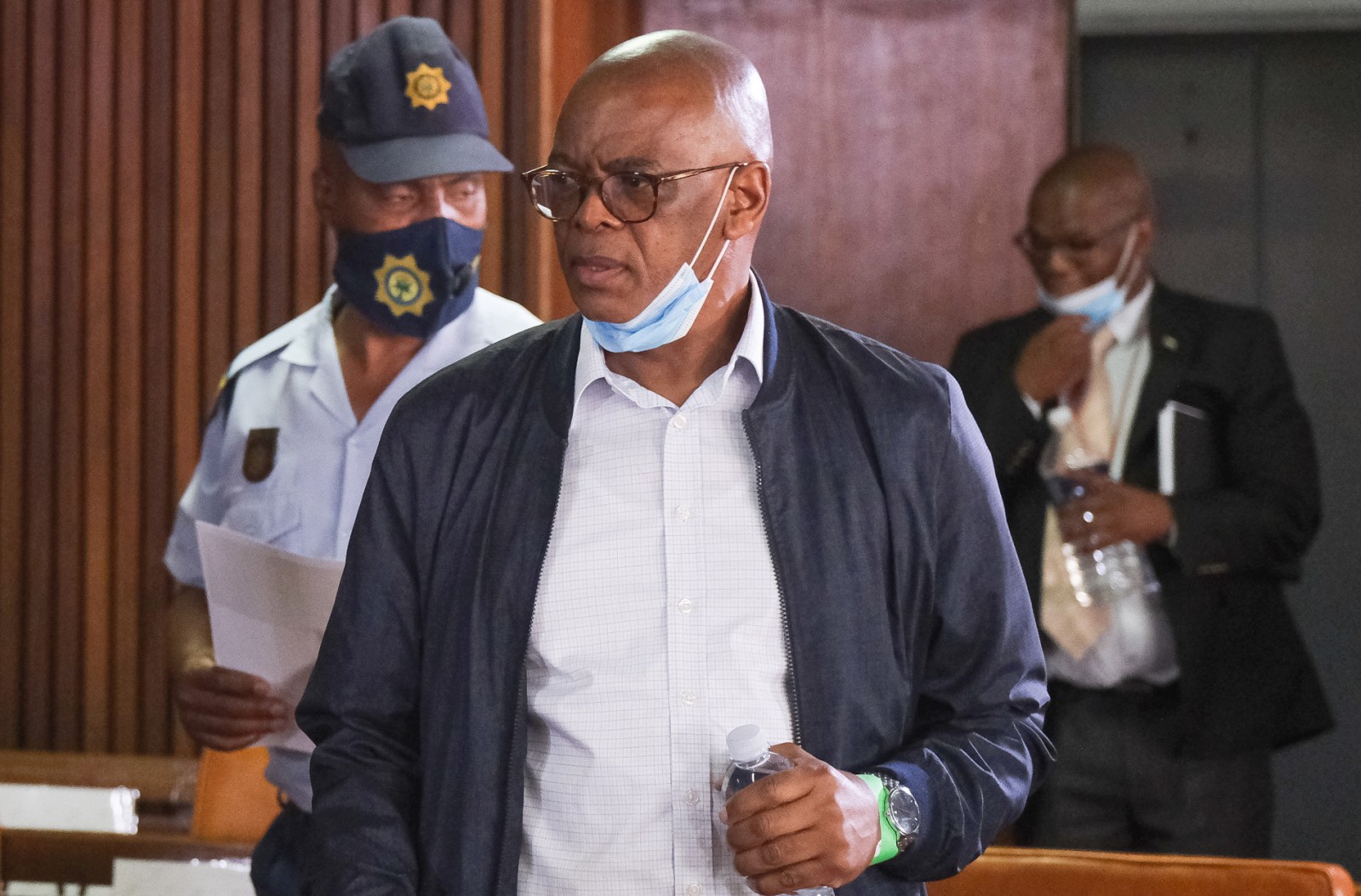 The suspended ANC secretary-general, his co-accused and all their lawyers were in the Bloemfontein High Court briefly before 3 November was set for their pre-trial hearing.

Prior to the court case on Tuesday morning, Ace Magashule appeared irritable.  “It can’t be pre-trial forever. When you charge a person, it means you are ready. We have been saying justice delayed is justice denied. The NPA (National Prosecuting Authority) has been saying they are ready,” he said in an interview conducted in the 15 minutes that his counsel, Laurence Hodes, delayed the start of proceedings by being late.

He intimated that the NPA was “playing with the sentiments of our people” and implied that it’s merely a smear campaign against him.

The pre-trial hearing will now take place on his birthday (3 November), while the rest of the country will be focussing on the outcome of the local government elections, happening on 1 November.

The DA’s Leona Kleynhans, a member of the Free State legislature, herself expressed some disappointment at the delays, saying she was hoping that a date for the actual case would be set.

“I believe there is a bit of a delaying tactic, you know arguing about all sorts of nitty-gritty things. If we could just get down to the trial, get all the evidence on the table, then everybody can come up with their defence or not. So we are a little disappointed,” she said outside the courtroom.

The DA six years ago tried to stop the payments for the asbestos eradication tender for which Magashule and 15 others now face a raft of charges like corruption and money laundering. The party’s court application was unsuccessful at the time, and Kleynhans said there appeared to be no will from the relevant politicians to even investigate her claims.

She said more than half of the R255-million that was spent on the tender, could have been saved if the DA had managed to stop payments back then.

One of Magashule’s allies, Vusi Tshabalala, suspended ANC chief whip in the Free State legislature, was also there to support Magashule. Tshabalala’s ANC membership was recently suspended in the light of claims that he has been supporting disgruntled members to register as independent candidates.

Tshabalala stood on a street corner outside the court alongside a group of singing Magashule supporters who turned up before the court halfway through proceedings. “In terms of the so-called step aside he had to be put aside on the issues of the case,” he said, adding that Magashule’s allies, too, are waiting for “the moment to hear the truth”.

NPA spokesperson Mthunzi Mhaga said the authority was satisfied with the way things are going. “At least now we are happy that the issue of legal representation in respect to some of the accused has been resolved as it was outstanding,” he said.

Mhaga said he was hoping the case could finally proceed in the first quarter of next year. “It’s not our fault,” he said about the delays in the case. “Remember, you have about 14 accused persons so it was likely to delay in respect to legal representation because all of them need to be legally represented in order to ensure a fair administration of justice.”

There are a total of 16 accused in the case. DM