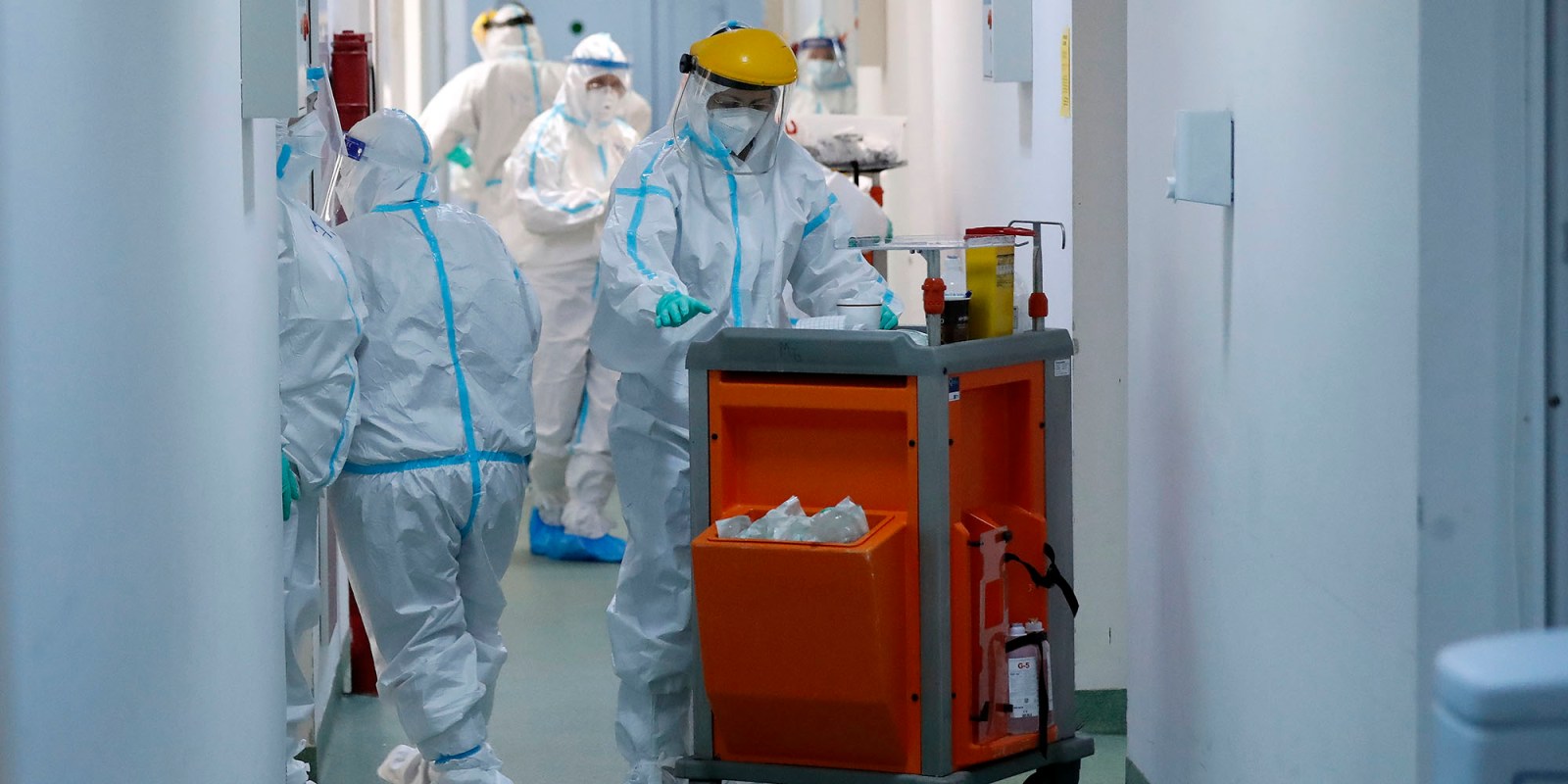 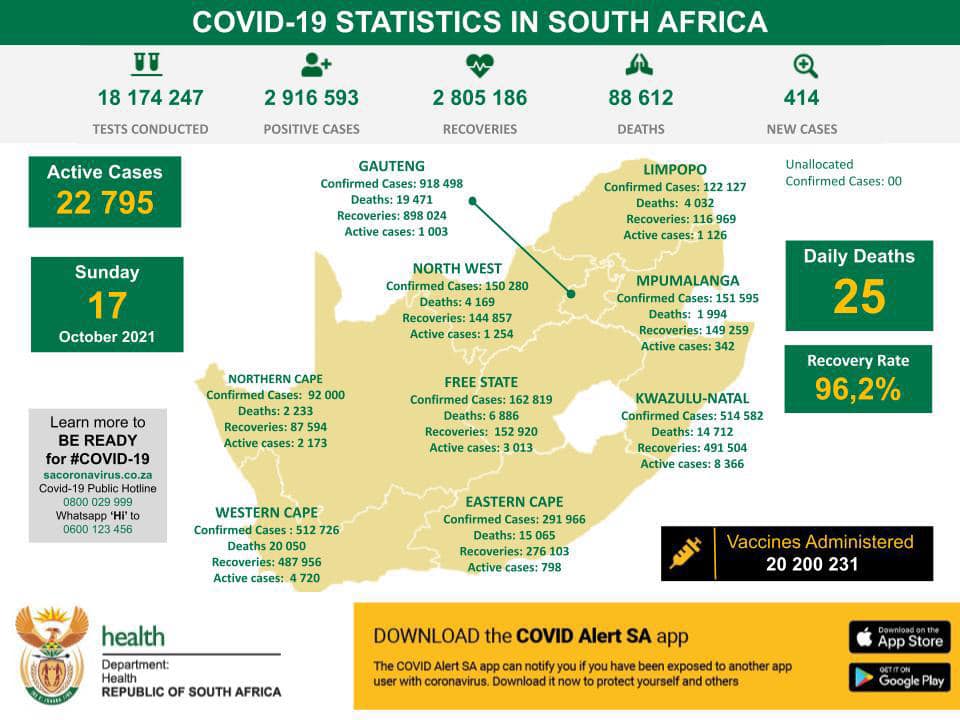 Anthony Fauci said he expects US regulators to consider whether people who got the one-dose Johnson & Johnson vaccine should get an mRNA shot as a booster.

France’s health agency said it is adopting a cautious approach toward administering the Moderna vaccine to young people after a recent alert in Scandinavia.

Wyoming is battling low vaccination rates and overwhelmed hospitals with an advertising campaign based on what it says are real stories about people who regretted not getting vaccinated, the Casper Star-Tribune reported. The tag-line is: “Catch Covid-19, and the virus may decide for you.”

“We almost lost a really strong guy, he’s retired law enforcement. He was on a ventilator with a feeding tube,” a man dressed like a doctor says in the video advertisement. “He now believes and wishes he could tell everyone, ‘take the vaccine.’ ”

Wyoming has the third-lowest vaccination rate in the US, according to the Bloomberg Vaccine Tracker. Less than 50% of people in the state have received one dose, compared with the US average of 65.8%.

Egypt has mandated that public sector employees must be vaccinated in order to enter their workplaces or face a weekly PCR test. The order, announced on Sunday, will take effect from November 15.

The government is also banning the unvaccinated from entering government premises from December. Egypt will allocate one billion Egyptian pounds ($64-million) to cope with Covid-19. Total doses of vaccine used reached 31.7 million.

President Joe Biden’s chief medical adviser said he expects US regulators to consider whether people who got the one-dose Johnson & Johnson vaccine should get an mRNA shot against Covid-19 as a booster.

“If you boost people who have originally received J&J with either Moderna or Pfizer, the level of antibodies that you induce in them is much higher than if you boost them with the original J&J,” Anthony Fauci said on ABC’s This Week on Sunday.

“But the data of boosting the J&J first dose with a J&J second dose is based on clinical data,” he said. “So what’s going to happen is that the FDA is going to look at all those data, look at the comparison, and make a determination of what they will authorise.”

Indonesia deaths least since May 2020

The country added 19 fatalities in the 24 hours through midday on Sunday, the fewest since May 25, 2020. There were 747 confirmed infections over the same time period, near the 16-month low of 620 reached on October 11. Indonesia’s outbreak has eased in recent weeks, allowing the government to lift movement and border restrictions further, including reopening tourist hotspot Bali to 19 countries.

The Gulf nation reported 99 new infections on Sunday, the first time since March 2020 that cases have fallen below 100. With 86% of its population fully inoculated, the UAE has one of the fastest vaccination programmes in the world and cases have dropped by about 95% since the start of August.

“We want to be sure about the vaccine’s benefits” on younger people, and an alert in Scandinavia this month “made us change our strategy”, the head of Haute Autorite de Sante said. The agency has also recommended not using the vaccine as a third booster shot for elderly people until it gets European Medicines Agency approval.

CanSino’s inhaled version of viral vector Covid-19 vaccine can boost neutralising antibody level by 250-300 times among those fully vaccinated with two doses of inactivated shots six months ago, Zhu Tao, the chief scientific officer of the Chinese firm said in a speech on Friday.

Russia set a record for new Covid-19 cases for a fourth day in a row, with 34,303 infections in the past day, according to the government’s reporting centre. The number of deaths declined to 997, a day after the daily toll exceeded 1,000 for the first time.

Japan may loosen some curbs

Japan’s minister in charge of virus response said restrictions on bars and restaurants could be lifted next month if the current infection trend continues. Daishiro Yamagiwa was speaking on a programme broadcast by Fuji TV. The government is also considering softening border restrictions, he added. Tokyo bars are being instructed to stop serving alcohol by 8pm and close by 9pm. The daily number of infections recorded in the capital has been less than 100 for a week.

Southwest Airlines asked a federal court to reject a request from its pilots to temporarily block the carrier from carrying out federally mandated coronavirus vaccinations, saying such an order would put the company’s business, employees and customers at risk.

Singapore’s number of Covid-19 patients in intensive care surged on Saturday, according to the Ministry of Health.

The ministry said 62 people were in critical condition, compared with 48 a day earlier. The city state reported 3,348 new coronavirus cases as of noon on October 16, including four imported infections.

Australia said it’s in talks over a quarantine-free travel bubble with Singapore for fully vaccinated visitors as it secured access to two additional Covid-19 treatments from Roche Holding and Pfizer.

Expedited discussions are under way with Singapore over so-called green-lane travel, Health Minister Greg Hunt said on Sunday in a televised briefing, adding the proposal is under “rapid development”. Australia is already planning to reintroduce a bubble for visitors from New Zealand’s South Island.

On virus medications, one agreement is with Roche for 15,000 doses of the antibody-based therapy Ronapreve, with initial supplies available by the end of October, the government said in a statement. The other deal is for 500,000 treatment courses of Pfizer’s oral antiviral drug, which is set to be available next year subject to final clinical trials and approvals.

Victoria state, whose capital is Melbourne, will lift its lockdown later this week after making progress on vaccinations, its Premier, Daniel Andrews, said on Sunday.

Robert Durst reported to have Covid, on ventilator

Robert Durst (78), the New York real estate heir who was recently sentenced to life in prison for murder, has tested positive for Covid-19 and is on a ventilator, his lawyer told NBC News on Saturday.

Durst has been hospitalised and was “having difficulty” breathing and speaking, his attorney Dick deGuerin told NBC News.

The US surpassed 10 million booster shots, with more doses now going daily to people who are fully vaccinated than those getting a shot for the first time, according to data from the US Centers for Disease Control and Prevention.

Among the 876,000 doses reported on Saturday, 392,000 were boosters or additional doses and 245,000 were first shots, according to a tweet from Cyrus Shahpar, the White House’s Covid-19 data director. More than 407 million doses have been administered in the U.S., and 77% of those eligible are fully vaccinated.

Extra doses of the Pfizer-BioNTech vaccine began to be given officially on August 13 to vulnerable groups, including those older than 65. This week, a Food and Drug Administration advisory panel approved boosters from Moderna and Johnson & Johnson. DM