‘There was Chanel, there was me, and there was Dior’: A story worth retelling 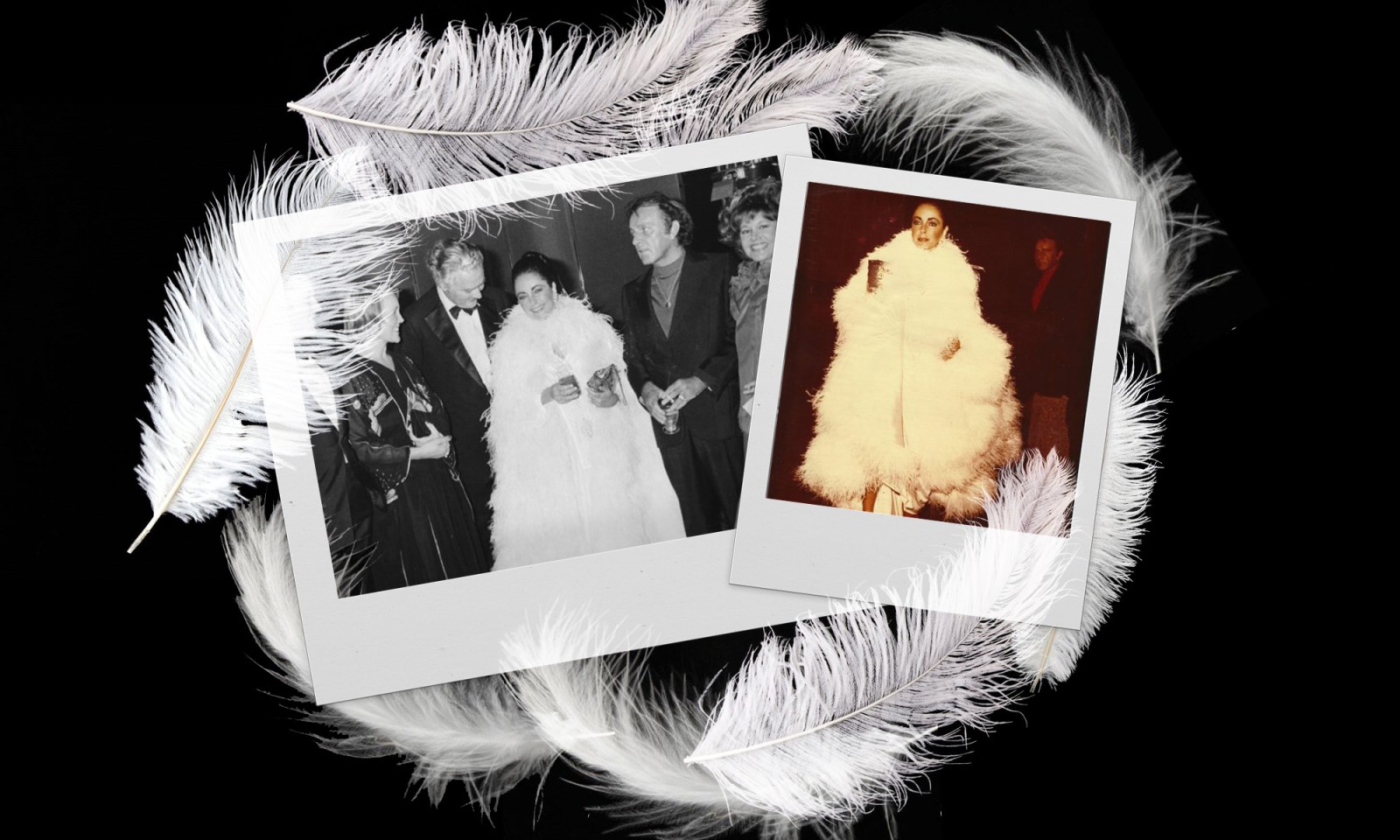 A young South African designer, a five-star hotel in the Johannesburg city centre, and two of the world’s biggest stars.

She was rich, she was beautiful, she was in love; and in a few weeks’ time, she would remarry her fifth ex-husband, whom she had divorced 16 months earlier after 10 years of a whirlwind marriage.

Their first wedding had been in a private ceremony at the Ritz-Carlton in Montreal, Quebec; this time would be even more private, in the village of Kasane in Botswana with just the district commissioner, Ambrose Masalila, and two witnesses in attendance, Fred Knoessen and Brian Graham, both employees of Chobe Game Park, where the couple had been staying.

Their first marriage had been one of the most widely reported relationships, right from the beginning, partly because they were both married to other people when they embarked on their affair in Rome. It became an international scandal; the Vatican newspaper published an open letter condemning the relationship, calling it “erotic vagrancy”. Back in the country they called home, in 1962 America, a congresswoman from Georgia asked the attorney general to block them from coming back on grounds of “undesirability”. But by 1964 they made it official. And their decade-long first marriage is often credited with launching the era of the aggressive paparazzi and tabloids, where increasingly personal details of celebrities’ lives would be published for all to see.

It was shortly before their second marriage in 1975, while the superstar couple, Elizabeth Taylor and Richard Burton, were in South Africa, before moving on to Botswana, that Chris Levin, then a young designer in his twenties, heard Taylor on the radio. “I was driving to work… She was being interviewed on this morning programme by a lady called Bea Reed. She asked Taylor, ‘What would you really like to take back with you as a nice memory of your visit to South Africa?’ To which [Taylor] responded, ‘Oh, oh, I’d very much like an ostrich feather cape!’” recalls Levin.

After finishing his fashion studies in Cape Town in 1963, he moved back to Joburg and started working from his flat, making dresses, at first for his sister. Back then, the version of South Africa the siblings were living in had “a lot of premieres. And people used to dress up a lot. And so I would dress her and her friends would like what she was wearing and then it just sort of became like a pebble in the pond,” he explains. By 1967, he had moved into his Joburg “salon” and over the following years established the Chris Levin brand.

“I knew Bea Reed because she had interviewed me quite a few times. When I got to my salon, I rang [her] up and I said, ‘You know what, if she wants this feather cape, I’ll make it for her with pleasure. I’ve never done something like that before, but I will do it with great pleasure.’ And Bea said to me, ‘I’ll speak to her PA’. The next thing I know, Bea rings me back and says, ‘she’d love to have the feather cape, and thank you very much’,” says Levin.

Ostrich feathers were immediately ordered from Oudtshoorn; the designer and his team got to work. “I had several ladies working on it, because I had to finish it before they left [for Botswana].” He personally delivered it to her hotel. “They stayed here in one of the hotels that were very popular then,” says Levin, referring to the then five-star Landdrost Hotel in Joburg’s CBD, at 88 Plein Street.

“Burton was with her. She was thrilled with it, and he liked it as well. He liked it very much.”

She was so impressed by the designer’s work that she ordered five more outfits, and as Levin explains, “she made it very clear that she wanted to pay for that, which I thought was a very kind gesture because I was just a young designer then”.

He made the other outfits she ordered from him, going back and forth between his studio and the hotel for fittings. “It wasn’t sort of like, ‘I’m a big star sort of treatment.’ She was lovely, she was warm, and she was very kind. She was very appreciative of everything.”

Liz and Dick, as they were known back then, left for Botswana, eloped, and after a total of two months spent between South Africa and Botswana, they carried on with their jet-set lives to London for Burton’s 50th birthday, at which Taylor was photographed in a sleek black Chris Levin dress. Later, she was also photographed in her white floor length Chris Levin ostrich cape at a gala event hosted by the Evening Standard in London.

Unfortunately, the glamourous couple’s second go at being husband and wife didn’t last long. Nine months after their Botswana nuptials, they got their second divorce, and after a couple of months, in December 1976, Taylor married for the seventh time, to her sixth husband, Republican politician John Warner.

“We kept in contact for quite a while. And then, of course, we didn’t keep up the contact. But for a while, we were in contact… I remember when my older daughter was born, (Taylor) rang me from America, you know, just to congratulate me. She was very, very nice,” says Levin.

In 2011, after Taylor’s death, Christie’s in New York auctioned off her jewellery and fashion collections for the benefit of her AIDS foundation, for a record-breaking $156,7-million. Levin, who closed his fashion studio in 1995 and shifted into interior design, received a call from a former seamstress of his, who now lived in Washington state in the US. She had seen something in the papers about the 2011 auction, and among the items was the ostrich cape Levin made for Taylor.

“I went onto the Christie’s website… There’s a lovely picture in the catalogue of… altogether there are three… there was Chanel, there was me, and there was Dior,” says Levin. “Four to six thousand dollars was the estimated price, but the final price was $30,000.” Later, in 2013, another piece he had made turned up at another Taylor auction, to Levin’s surprise. “I was very surprised… because she kept these clothes for 35 years, which was just astonishing.” DM/ML