Hamba kahle, Drew Lindsay: We have all lost a good soul, perhaps when we needed him most 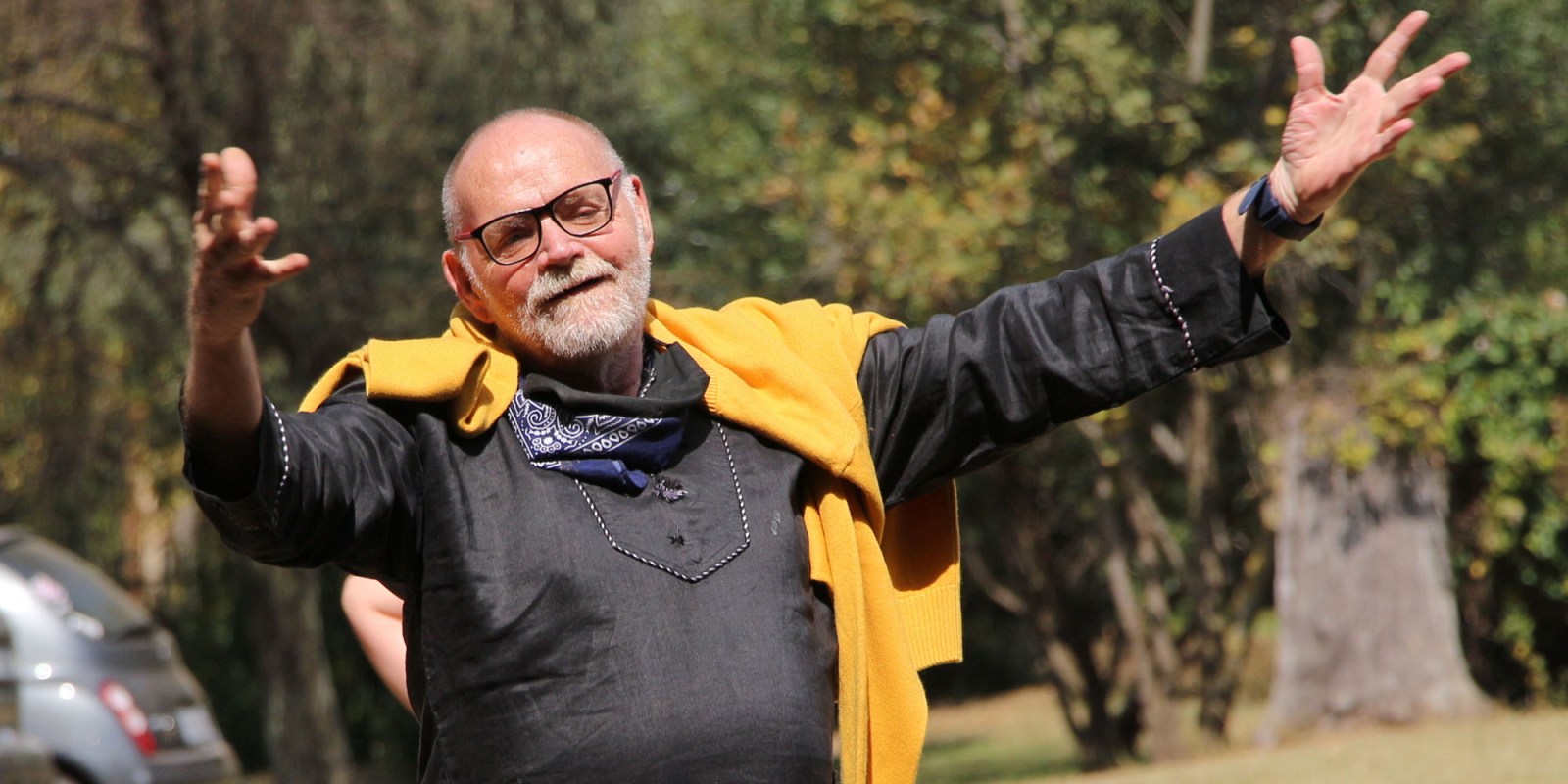 Drew Lindsay was a community artist for most of his adult life. He established, ran and lived at the Spaza Art Gallery in Troyeville, one of the poorest parts of Joburg, and which for almost 20 years has been home to countless art workshops, exhibition openings, music and poetry events, comedy, dance classes, sublime food and gatherings of every description.

In the middle of a pandemic, when so many have passed away in circumstances too terrible to contemplate, often leaving behind, as one friend expressed in poetry, “the sour taste, of not being able, to say goodbye” — it seems especially difficult to bid farewell to someone who was so very special to so many people, but I am going to try.

On 13 October 2021, we had a call from Cati, our friend and neighbour of more than 20 years about the passing of Drew (Andrew) Lindsay, a lifelong friend of hers, from what appears to have been a repeat of an episode of heart failure. Many friends outside South Africa will probably have never heard of Drew, but a walk around Joburg and many other locations countrywide will find evidence of his work.

He was a community artist most of his adult life. He established, ran and lived at the Spaza Art Gallery in Troyeville, one of the poorest parts of our city, and which for almost 20 years has been home to countless art workshops, first-time and more established exhibition openings, a tea garden, music and poetry events, comedy, dance classes, sublime food and gatherings of every description.

Perhaps most importantly of all, The Spaza was a place where people from all backgrounds, and especially those who had very little, could enjoy a space where creative activity and thinking, contemplation and sometimes raucous Sunday afternoons were open to them.

Along with so many others, I made many lasting and deeply valued friendships under Drew’s roof and via his infectious facilitation and enthusiasm. He was a terrific artist in his own right, but was always “too busy” and, frankly, far too humble to really promote himself. His collaborative art projects, involving many of those he helped train, are all over this city and beyond. Marvellous mosaics and rich murals and glorious sculptures of footballers and miners, and so much more. His alternative maps of our city were artworks in themselves!

But there was also so much not in the public arena. His dance classes at old-age homes for those who were physically or mentally challenged are a case in point. My mother-in-law, recently deceased, loved his classes despite the onset of dementia. Drew would call, excited and thoroughly delighted after a class, and say, “Gwen was so animated today and giggled for almost the whole session.” There was never a question of payment. Ever.

More recently, his mosaic and poster-making classes with recyclers and waste-pickers built on his extensive creative work in the workers’ movement, for which he had a very special affection. His quiet and gentle demeanour was simply irresistible. And he made art accessible. I would hazard a guess that more people in Joburg have artworks in their homes that originated at or via The Spaza than any other gallery.

I do hope his oldest and dearest friends in the arts community will be able to catalogue all of the work he initiated and a record of his contribution can be made. He would blush at the very thought, I am sure.

As all creatives know, the world of the arts is a very precarious one. It demands so much, by so many, for so little. Despite this, or maybe because of it, Drew invariably put other people’s needs before his own. A serious heart complaint a few years ago did not deter him, despite the concerns of those who loved him. When recovered, he started up again with a head full of ideas and was busy right up to the point of his departure. It is not only the gentle six-footer’s presence among us that we shall miss, but also the knowledge that he literally made life worth living for so many. And what a life!

Just a few days ago, he put up two small mosaics on our street, one opposite the house of another artist he was very fond of who tragically passed away some years ago, and one opposite our home, a little mosaic dog. Both now stand to remind us that we have all lost a good soul, perhaps when we needed him most.