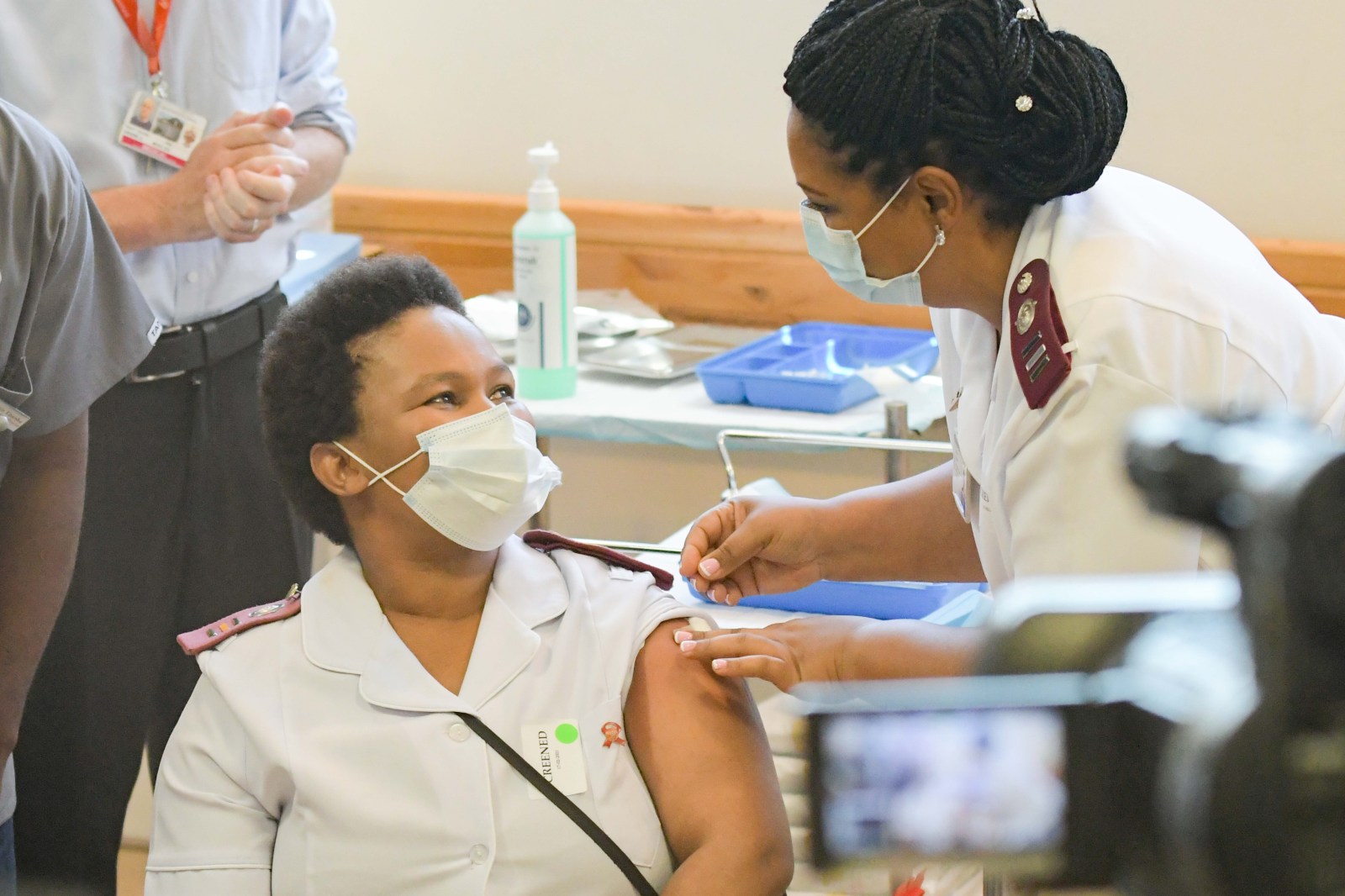 Sister Zoliswa Gidi-Dyosi, a registered nurse and midwife, was the first recipient of the Covid-19 vaccine at the Khayelitsha Hospital in Cape Town, South Africa. (Archive photo: Jeffrey Abrahams)

People who have recovered from Covid often ask if there is still a benefit to getting vaccinated. It’s an important question in South Africa, where by now, well over half the population has probably had Covid at some point in the past 18 months.

There is speculation that the second dose of a two-dose vaccine, like the Pfizer one, doesn’t add much benefit if you’ve been previously infected. But the risk of harm is so small that it’s worth getting anyway. Besides, it’s impractical for a public health vaccine programme such as ours to differentiate between people who have been previously infected and people who have not, or to determine if a person mounted a sufficient immune response and therefore may not need a second dose.

Whether or not you’ve been infected before, the best way to protect yourself and those around you from Covid is to get fully vaccinated.

Current advice is to wait at least 30 days after you’ve been infected with Covid before getting vaccinated.

As far as we can tell, the best study to date comparing vaccinated and unvaccinated people who had previously had Covid was in Kentucky in the United States.

This is called a case-control study.

The researchers identified people who had been infected in 2020 and who were reinfected in May to June 2021. This is the case group.

For each person in the case group, the researchers identified, from medical records, two people of roughly the same age, who had been infected at roughly the same time in 2020, but who had not been reinfected. This is the control group.

The Western Cape health department regularly presents data on Covid in the province. The briefing on 7 October (on page 20) shows that reinfected people have about the same level of protection against death from the disease as those who were partially vaccinated. But people who had been fully vaccinated and then got Covid were half as likely to die as those who previously had Covid and got reinfected.

This finding is only suggestive though. The presentation doesn’t tell us if you are more at risk of getting infected if you’ve already had Covid than if you’ve had the vaccine.

The results of an Israeli study have led to some people claiming that being previously infected offers better protection than vaccination. Even if this is true — and it probably isn’t — vaccination offers additional protection. Indeed, the study concluded: “Individuals who were both previously infected with SARS-CoV-2 and given a single dose of the vaccine gained additional protection against the Delta variant.”

But the Israeli study, which has not yet been peer-reviewed, has problems. In particular, it suffers from selection bias and survivorship bias.

Survivorship bias is a result of the study excluding people who died between February and June 2021. About 1,600 Israelis died of Covid in this time and very few of them would have been vaccinated. Previously infected people who died in that time would not have been included in the comparison.

This is explained clearly and in-depth in the first eight minutes of this video by Dr James Lawler. DM

For more information on this topic read this article: Covid-19 natural immunity versus vaccination. And watch this World Health Organization five minute video:

To learn how vaccines are tested, watch this video: