Voting politicians out of office is an option, but there is no quick fix for local government failures 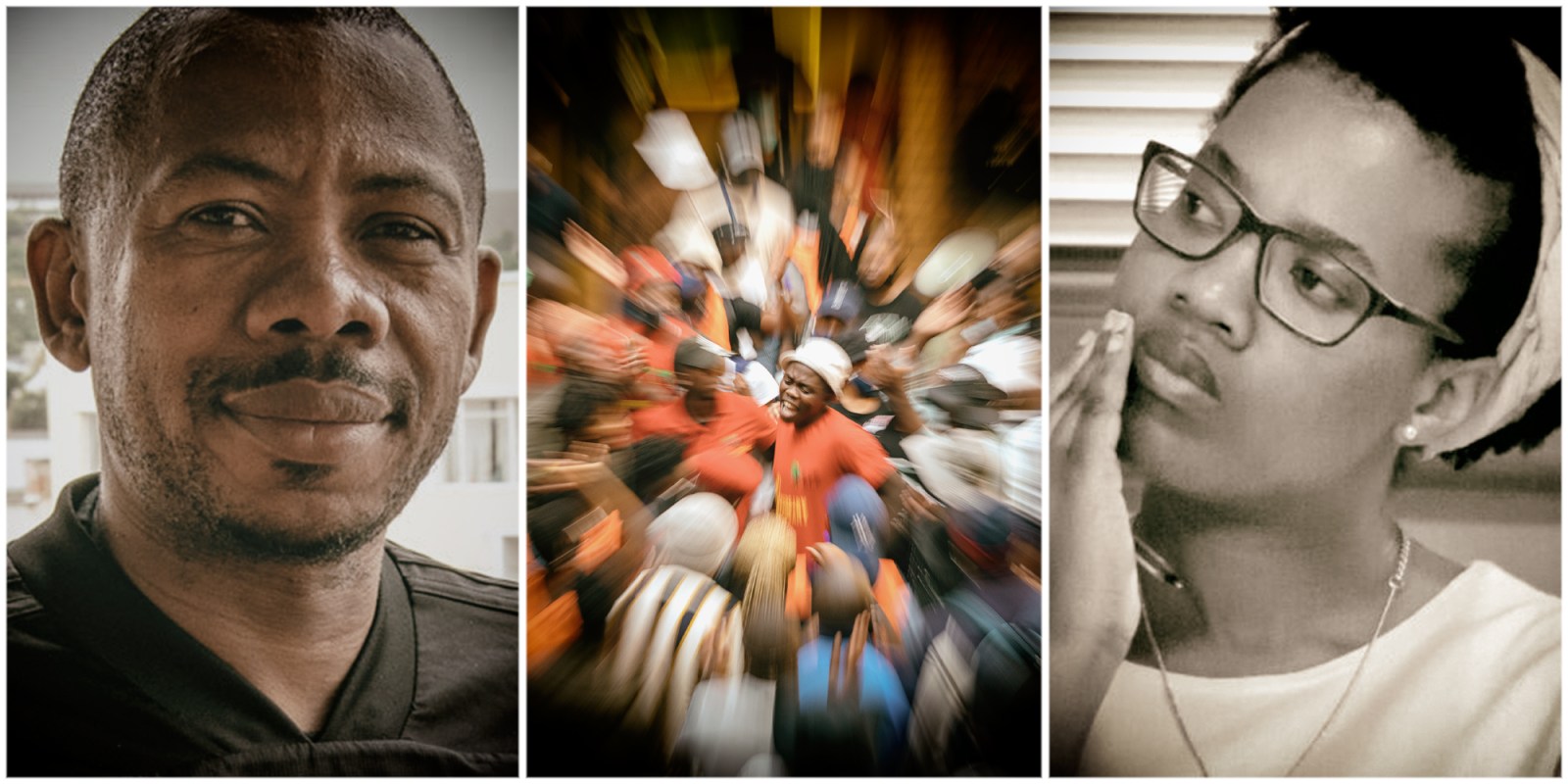 In the run-up to the 2021 local government elections, activists Phindile Kunene and Ayanda Kota explored the reasons why local government is so broken in South Africa in a webinar hosted by Maverick Citizen editor Mark Heywood in collaboration with My Vote Counts.

As South Africans get ready to go to the polls in local government elections on 1 November, one of the prominent activists in the sphere, Ayanda Kota, said it was time for citizens to vote politicians out.

Kota was one of the panellists in a webinar hosted by Maverick Citizen editor Mark Heywood in collaboration with the NGO, My Vote Counts. Kota was one of the leading figures in a landmark legal battle against the Makana Local Municipality, which led to a ruling by the Makhanda high court that a collapse of service delivery is unconstitutional and grounds to have the municipal council dissolved. The ruling is currently on appeal at the Supreme Court of Appeal in Bloemfontein.

Kota is also part of the Makana Citizens Front, an organisation that will contest the elections in that town as a body of independent community members.

He said they have explored a number of ways to keep local government accountable. One of these is litigation.

“But we have witnessed how the politicians have undermined that,” he said, explaining that their efforts to have the Makana Local Municipality dissolved was backed up by a petition signed by more than 22,000 people and yet a handful of politicians decided to challenge the case in the Supreme Court of Appeal.

“They are undermining the will of the people and democracy,” he said.

Kota added that as the Makana Citizens Front, they are calling for local government to be depoliticised with councillors being made accountable to their constituents and not to their parties.

He said the salaries of councillors (around R30,000) should also be cut to R15,000 and the rest of the money must go to service delivery priorities determined by the community.

He said when confronted by people who say they will refuse to vote, they have one message: “We say you have got to vote the politicians out. These municipalities are the powerhouse of corruption.”

Kota said the struggle for working local government will be a long one as there is no quick fix.

Phindile Kunene from the Tshisimani Centre for Activist Education said there is no agreement on why municipalities are failing. She said a number of causes have been identified emerging from the Auditor-General’s reports, National Treasury and the Department of Cooperative Governance and Traditional Affairs.

“The official narrative is that there is a lack of capacity,” she said, adding that this is particularly true for finance and infrastructure.

Weak accountability systems have been identified as a second cause.

Thirdly, she said — explaining that this is a reason coming from the National Treasury — municipalities are not doing enough to collect what they are owed.

She said a new theory is emerging — supported by the South African Local Government Association and, to some extent, by the Economic Freedom Fighters — that municipalities need a structural overhaul, their equitable share of the budget is too small and local government, in general, is underfunded.

In contrast, she said, many argue that the funding received by local governments is often badly managed.

“Most prominent is the idea that to fix local government we need to vote out those who messed up,” Kunene said, adding that it is often accompanied by two further strategies, namely litigation and a “takeover” of some services by residents themselves — even though red flags are raised if organisations like Afriforum puts itself forward as the “saviour” of municipalities, she explained.

“We long to be part of the democracy,” Kota said. “We long to taste the lovely fruits of democracy and freedom.”

He said citizens should be given more airtime than political parties. He said parties to the left of the political spectrum have also failed to present alternatives.

“The last attempt was the Workers’ Party. We failed dismally. We have not been able to capture the citizens of this country. We’ve got to take the blame.”

Kota said organisations like the Treatment Action Campaign do sterling work in the country and should serve as blueprints for how to make a difference — even in local government.

Kunene said while the space for resident engagement is created, for instance through discussions around the Integrated Development Plan, there remains a huge rift between what is promised and what prevails.

She said it was also not only about receiving a clean audit from the Auditor-General.

“A successful municipality for me goes beyond what the Auditor-General says,” Kunene added.

Kota said it was also necessary to ask questions about the role of provincial governments, as local governments get a mere 9% of the equitable share despite being the entity closest to communities.

He said there was also a great lack of accountability in local government.

“If you steal, there must be consequences …There must be a commitment from the government to say ‘we are going to fight corruption’”.

Kunene said the battle for a functioning local government will happen after the election.

“As an educator, I think we do have a task as activists to deepen our understanding.

“I don’t think there is one answer. There is no blueprint. The solution is probably in a number of these pathways and making sure they intersect. Things can look good on paper but people’s experiences tell another story.”

“People are sick and tired of politicians,” Kota said. “We need active citizens — not citizens who are passive … the work is too much. We must have stamina. It will be a long road but we have got to do it. We have done it during apartheid … We must go forward … We must not vanish like politicians after election time. We don’t have all the answers. We must be inspired by our history and our resilience,” he said. DM/MC