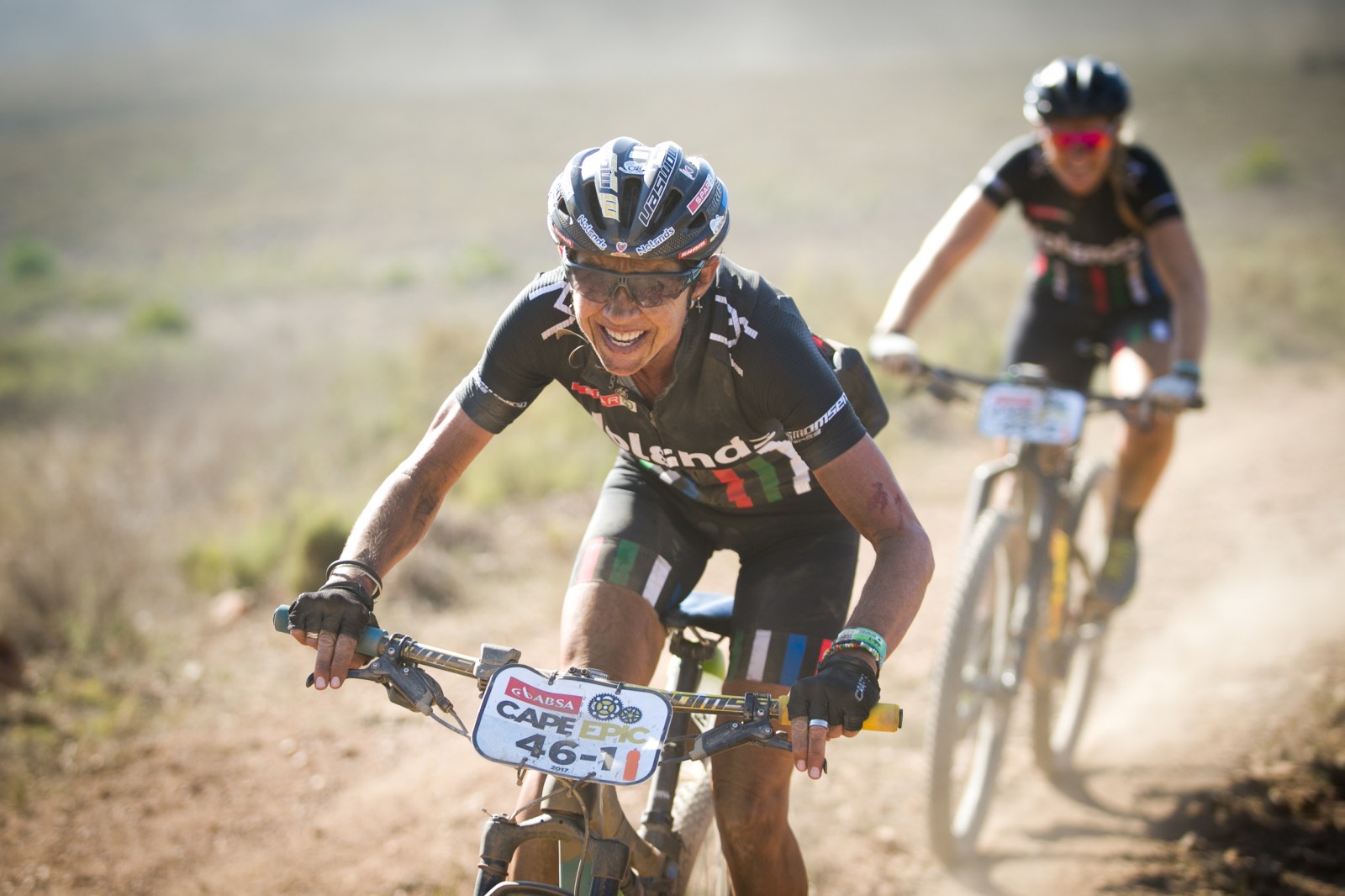 The 17th staging of the Absa Cape Epic, one of the world’s premier mountain bike stage races, is back after an 18-month hiatus caused by Covid-19.

It’s a different time slot and a different route but there is no doubt that the 2021 edition of the Absa Cape Epic, starting on 17 October, will still dish out pain, suffering, glory and elation in equal measure.

The eight-stage mountain bike (MTB) race across some of the most breathtaking scenery in the world as it snakes through the tip of the Western Cape, features hardened pros of world-class pedigree and dedicated amateurs out to conquer the race and their own personal goals.

The race is now widely regarded as one of MTB’s most important cumulative stage events.

Riders will travel 619km over eight days and face 15,250m of vertical climbing. Starting on the slopes of Table Mountain National Park and ending between Paarl and Franschhoek at the pristine Val de Vie Estate, the riders will cross a wide range of terrain in between.

In an increasingly sanitised world where competition is frowned upon, with the “everyone is a winner” sentiment the popular refrain of the day, making it to the starting line of the Epic is actually a win in itself for most of the field.

The thousands of hours in the saddle, not to mention the cost, physical and financial, to prepare for the Epic means that anyone who lines up in Sunday’s prologue has won in some way.

And for a small group of riders, making the starting line in 2021 is the continuation of a rare feat.

Craig Beech, John Gale, Mike Nixon and Hannele Steyn have been ever-present at the Absa Cape Epic. They have competed in all 16 previous editions of the race. They are known as the Last Lions, because they are the only members of the Amabubesi – which means pride of lions in Zulu – Finisher Club to have completed every edition.

These four riders have clocked up 12,126km of racing, climbed 251,967m in elevation and completed 129 stages in the process.

Missing an Absa Cape Epic is simply not an option for them. Which is why being forced to do so by a global pandemic was particularly challenging.

“I think we all got affected in different ways, but we surely all had our little battles,” Steyn, the only woman in the group, said. “Whether it was as a pro rider, whose earnings got cut off, or me, one of the Last Lions who missed out on another potential Absa Cape Epic and has to face the next one at an even older age.

“The Absa Cape Epic has been a part of my life since I was 38 and, in a way, it has become a second business, with its own challenges. To all of a sudden go without it created its own weird pressures.”

Steyn will be racing alongside Nixon, as was the plan for the cancelled 2020 event. “Firstly, doing it with a friend, someone with the same goal and mindset, is very special,” Steyn said.

“Although we are 55 and 62 respectively, we will never just ride. We trained as hard as we could, juggling our own companies, and we’ll race as hard as we can. We know our bodies cannot race the youngsters anymore.

“But we’ll be doing our best without going into that ‘pain beyond words’ zone and putting safety before madness. Mike [Nixon] is an amazing athlete, person, friend and someone I admire, not only because of the dedication he and I share for the Absa Cape Epic.

“We have trained together twice a week for the past two months and understand each other’s weaknesses and strengths,” Steyn added, as a warning to the “youngsters” in the Virgin Active Mixed category. “We can chat and we can just be quiet; but we know we are giving our best all the time.”

Giving their best is exactly what fans of the race have come to expect from the Last Lions. There will undoubtedly be a mini race between the quartet for the best overall position.

In the men’s and women’s elite professional fields, South Africa could celebrate a local winner of the Epic for the first time since 2007 if the duo of Candice Lill and Mariske Strauss live up to their billing as pre-race favourites.

“It (2021) has been a busy year, with many highs and lows,” Lill said. “Travelling, as a South African, was challenging to say the least. The standard of racing in Europe was also incredibly high and it’s taken everything to be ready to compete at that level.

“But I really believe that this will stand Mariske and myself in good stead for a race like the Epic. Though our preparation has been ‘untraditional’, we are both highly motivated to excel at such a high-profile race on our home territory.

“We all want to see an exciting women’s race. Annika [Langvad] was always a strong and smart competitor at the Absa Cape Epic and I’m sure there will be other women who step up to follow in her footsteps. With her retirement, though, I think it makes the women’s race ‘wide open’ as to who will win. In my mind there’s no clear favourite.”

In the Elite men’s race South Africa’s Philip Buys and Matthys Beukes are in the second tier of overall favourites. Perhaps not as highly rated as some of their international rivals, but they can’t be written off. They have won stages and placed fifth overall before.

In a strange Absa Cape Epic, after a long and difficult year of racing, the South Africans could have more than just a home advantage; they could be better conditioned, too.

Buys and Beukes will have to be wary of a number of strong rivals. Jaco Venter and Mauritanian Alexandre Mayer, of First Move/Fundsmith, will likewise be seeking to challenge them.

They are, however, not as motivated to claim a final big victory over PYGA Euro Steel as Nico Bell. Bell’s long career has seen him duel with Buys and Beukes for the Absa African jerseys, with Erik Kleinhans, Gawie Combrink and Matt Beers, over the years.

At 37, 2021 is potentially Bell’s final opportunity. In Wessel Botha he has one of the most promising young marathon and stage racers in the country alongside him for TypeDev Nanotime. DM