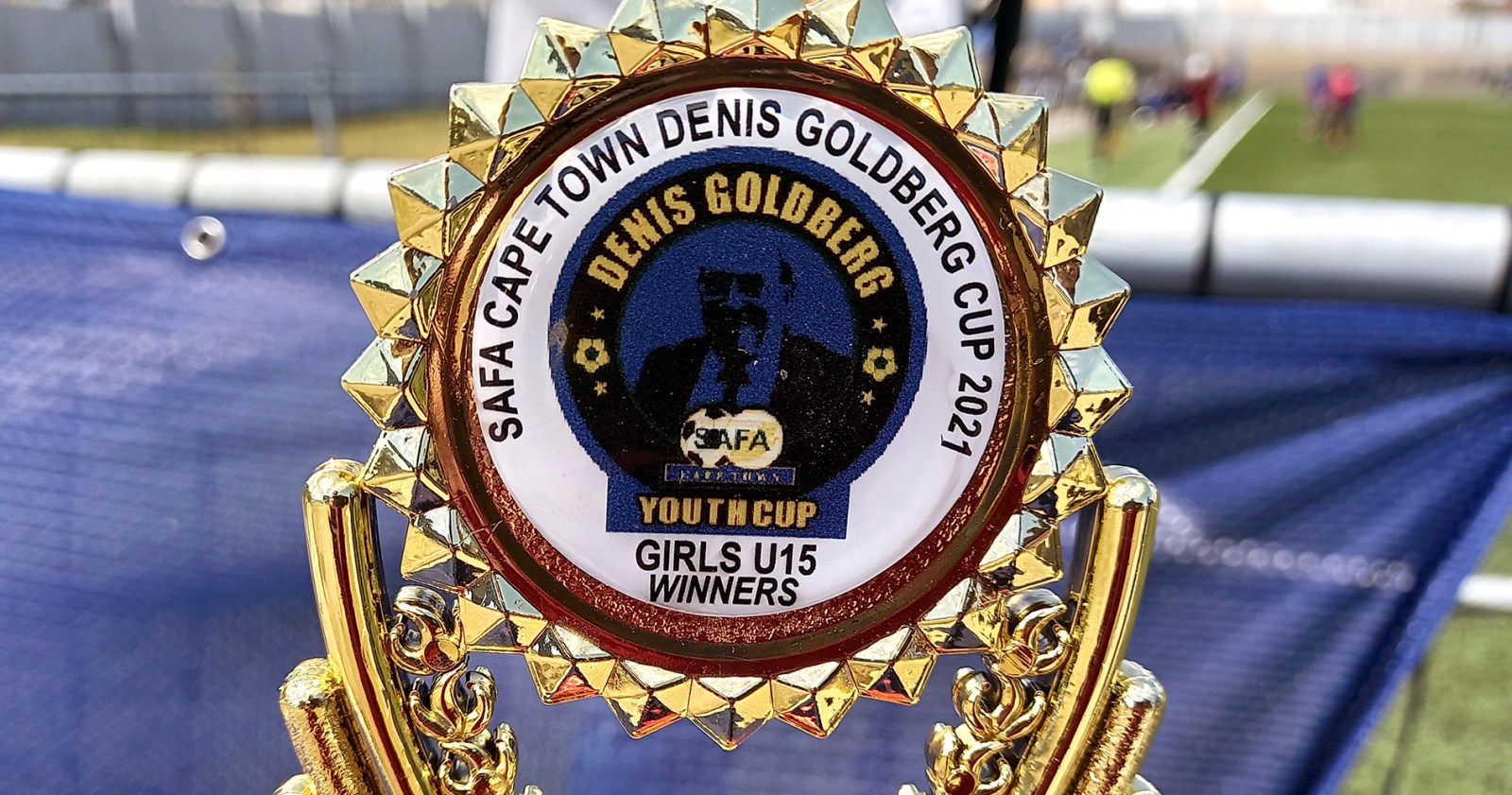 The decision by the Denis Goldberg Legacy Foundation Trust (DGLFT) to invest in a youth football tournament ensures that Goldberg’s name lives on.

The Denis Goldberg Youth Cup for girls and boys, under-14, under-16 and under-18, was concluded this past weekend at the Ocean View sports field in Cape Town. The tournament, honouring Goldberg’s legacy, was played under the auspices of the South African Football Association Cape Town (Safa CT).

Nelafah Mohammadi (14), one the players in the Hellenic under-14 girls team, said: “I remember Mr Goldberg as a person who fought hard during the Struggle. I just want to say, thank you Mr Goldberg for creating a platform where we as females can develop and improve our soccer skills.”

The Denis Goldberg Legacy Foundation Trust was established in 2015. Goldberg was diagnosed with lung cancer and died at the age of 87 in Cape Town on 29 April 2020. The tournament was initially planned for 2020 but due to Covid-19 and his death it was postponed.

Goldberg was a fierce activist in the struggle against apartheid and was one of the Rivonia trialists. Alongside Nelson Mandela and nine others he was convicted of sabotage, at the 1964 trial.

At the age of 31, the youngest of the defendants was a pillar of the ANC’s military operation in Cape Town. He was in prison for 22 years and after his release in 1985 he continued to campaign against apartheid from his base in London.

Bennett Bailey, president of Safa CT, expressing his appreciation to the DGLFT for hosting the tournament, said: “They wanted his memory to live on in something and… sport… is something that keeps a memory alive.

“He was the last surviving Rivonia trialist. This is our way of honouring our icons of the Struggle. It is because of them that we can now interact and move freely in the country and enjoy our rights.”

Safa CT also presents a football tournament honouring the legacy of the late political activist Mary Burton, who was president of the human rights organisation Black Sash during the apartheid era.

“This happened while Goldberg was still alive and pleased him greatly,” she said.

“Denis saw sport, and team sport in particular, as a way in which young people from different communities could come together, play, enjoy themselves and get to know each other.

“Denis had previously provided financial and other support to a local soccer team in Hangberg close to where he spent the last 15 years of his life. This fitted in with his general interest in strengthening communities and providing opportunities in particular for children and youth.”

Goldberg, she said, excelled in rugby and began playing at the age of 16 when he started university. His son David was a very keen football player.

In his autobiography, A Life for Freedom: The Mission to End Racial Injustice in South Africa, Goldberg wrote: “At nine years old we started playing rugby when the schools in Observatory, Cape Town, switched from football. Though it was never openly, the switch was made for racist reasons: football was played by the schools in Woodstock and Salt River, suburbs where many of the inhabitants were people who had ‘passed for white’, whereas rugby was played by posher schools in suburbs where the families were clearly white. Class and colour were always closely related, especially in Cape Town, where there were more Coloured people in other parts of the country.”

Budlender said that, “In the last decades of his life, Denis’s main interest was in supporting initiatives for children and youth.” DM/MC