Stagflation: How worried should we be? 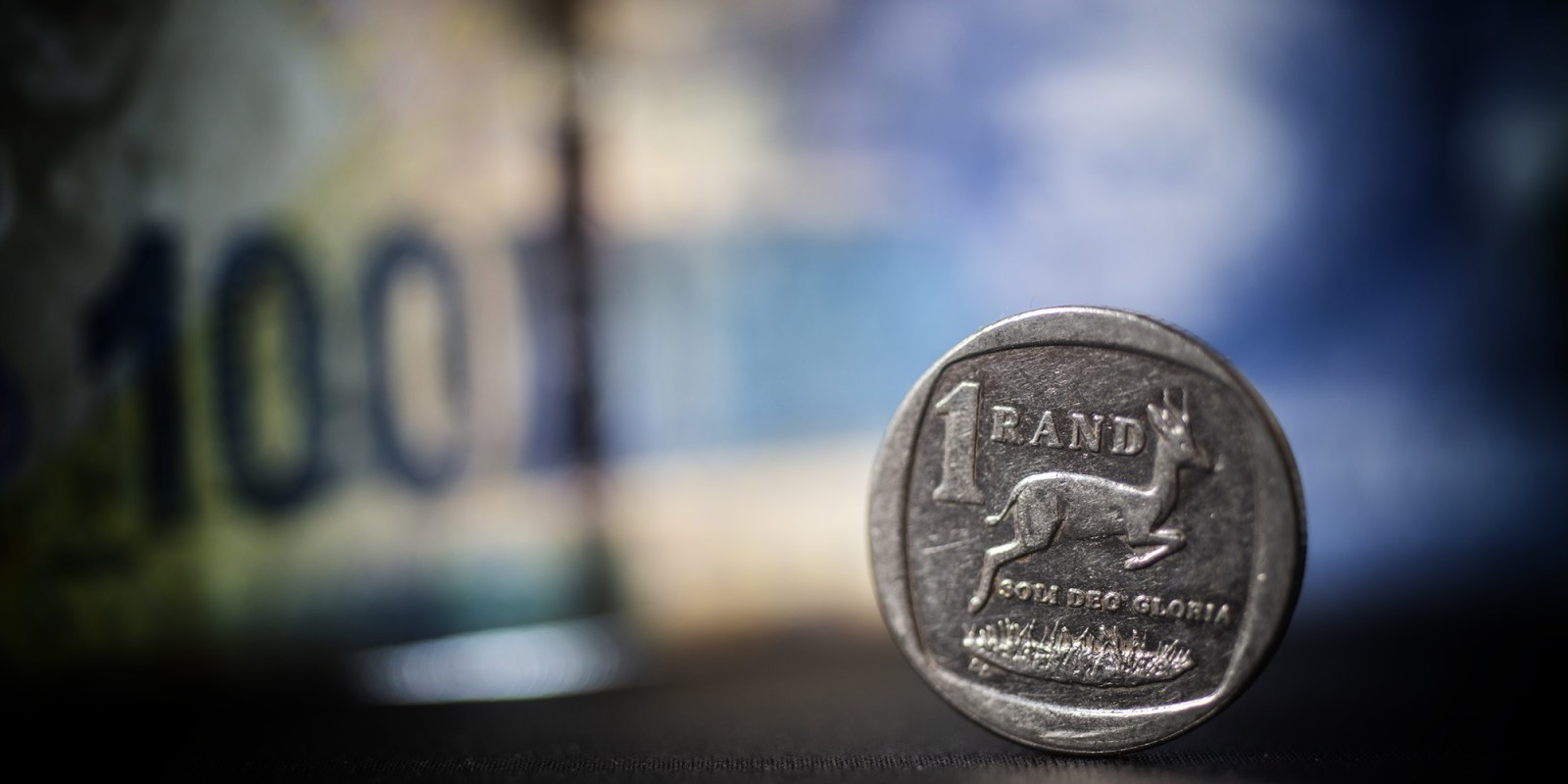 Stagflation is the watchword driving financial markets at the moment. But perhaps the IMF’s World Economic Outlook and assessment could put some fears to rest because growth is nowhere near stagnating, says the organisation’s economic counsellor. Inflation, however, is a risk that is expected to wane in the first half of next year.

The financial markets have been abuzz with renewed concerns about the stagflation bogeyman, with equities retreating on downside growth expectations and US Treasury yields rising on inflation fears. But IMF Economic Counsellor and Director of Research Gita Gopinath asserts that global growth forecasts of 5.9% this year, although 0.1% lower than its July estimate, and 4.9% in 2020, “are nowhere near stagnation”.

Releasing the IMF’s latest World Economic Outlook earlier this week,  Gopinath drew attention to the fact that the small change in anticipated 2021 global growth did mask large downgrades for some countries, particularly those that don’t stand to benefit from commodity exports riding the wave of higher prices. Commodity exporter South Africa, for instance, saw a one percentage point increase in projected growth to 5% in 2021, compared with July’s WEO and a 1.9 percentage point increase since the April outlook. 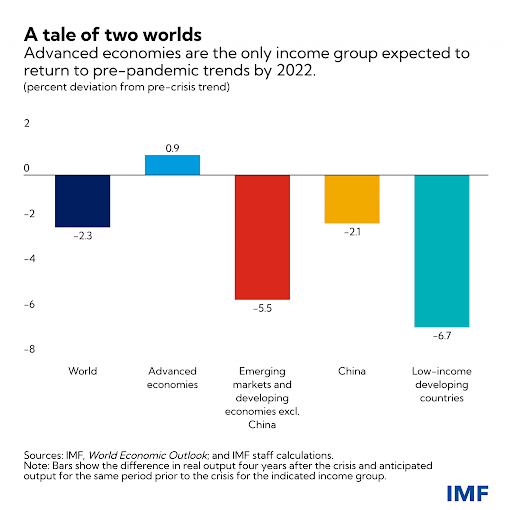 The WEO did warn that the global economic fault lines are looking more persistent and downside risks are prevalent. Fault lines include the divergence in economic prospects across countries, ongoing supply disruptions and rapidly rising consumer price inflation.

“Overall, the balance of risks for growth is tilted to the downside,” it says.

It is those downside risks that the financial markets are fixated on right now, with polarised views on whether inflation and slowing growth are set to collide and result in 1970s-type stagflation — an economic outcome that would be a worst-case scenario in a world where we haven’t yet managed to exit the pandemic.

Already, the IMF’s base case only sees the US surpassing its pre-pandemic level of output in 2024. According to the report, advanced economies should reach pre-pandemic trends by 2022 and rise slightly after that. Other emerging economies are still likely to be below pre-pandemic output levels by 2024 (as shown in the graph below). The result: “Scarring — defined as medium-term economic performance below pre-shock projections — is expected to be pervasive outside of the advanced economy group.”

On the inflation side of the stagflation theme, the World Economic Outlook paints a picture of higher inflation in the coming months, but then returning to pre-pandemic levels by the middle of next year, as shown in the graph below.

The IMF expects inflation in advanced economies to peak at an average 3.6% for the rest of the year and then come down to 2%, in line with central banks’ targets in the first half of next year. Emerging market inflation is expected to reach an average 6.8% in the closing months this year before easing to 4% next year. 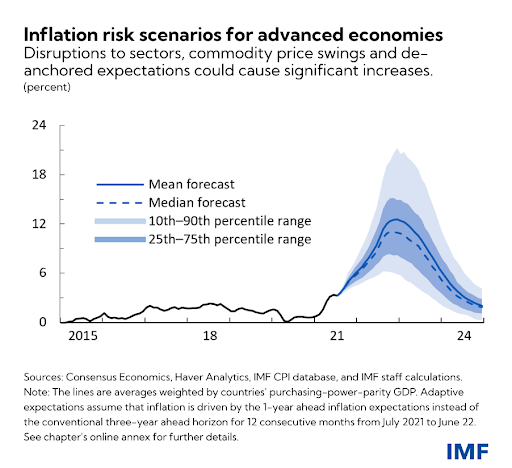 She acknowledges that the risks of that happening are skewed to the upside and should these materialise there could be “a faster than anticipated monetary normalisation in advanced economies”. If this dovetails with stagnating growth, the monetary policy authorities will be confronted with the painful dilemma associated with stagflation; one that Robeco Global Macro Team strategist Peter van der Welle articulates well: “One issue is that stagflation presents central banks with a dilemma, since they can’t act to combat the higher inflation — such as by sucking cash out of the economy — without also harming a nascent economic recovery and raising unemployment further.”

Gopinath says to prevent inflation from taking off quickly and avoid the costs of reining it back in, policymakers will need to “walk a fine line between remaining patient in their support for the recovery and being ready to act quickly.”

May they never be put in this corner. Van der Welle considers stagflation fears overdone, saying stagflation is unlikely to be the endgame and that fears should blow over in 2022. But he says the stagflation narrative will only fade from market discussions if one of the following happens:

Robeco’s multi-asset team has taken some risk off the table, even though it thinks the stagflation fears are overdone. Over the next six to 12 months, Van der Welle expects a more upbeat take on the economy to re-emerge, with a resilient consumer enjoying wage growth, house prices and financial wealth elevated and excess savings supporting the global economy next year.

Matthew Weller, global head of research at FOREX.com and City Index, told SP Global that it would take another massive unexpected economic dislocation to tilt the odds towards stagflation. He points out that GDP hit its highest level in 70 years in the second quarter, increasing 16.8% at a seasonally adjusted annualised year on year rate.

“Even though unemployment is higher than it was before the pandemic, the rate is roughly in line with where it has been over the last 100 years,” he adds. “All of that means calls for a return to stagflation are premature.”

Time will tell who proves to be right — the Larry Summers/Nouriel Roubini/Mohamed El-Erian vehemently pro-stagflation high profile prognosticators, or the many others who contend it is an unlikely economic outcome. As the World Economic Outlook assessment highlights, it’s really anyone’s guess. BM/DM