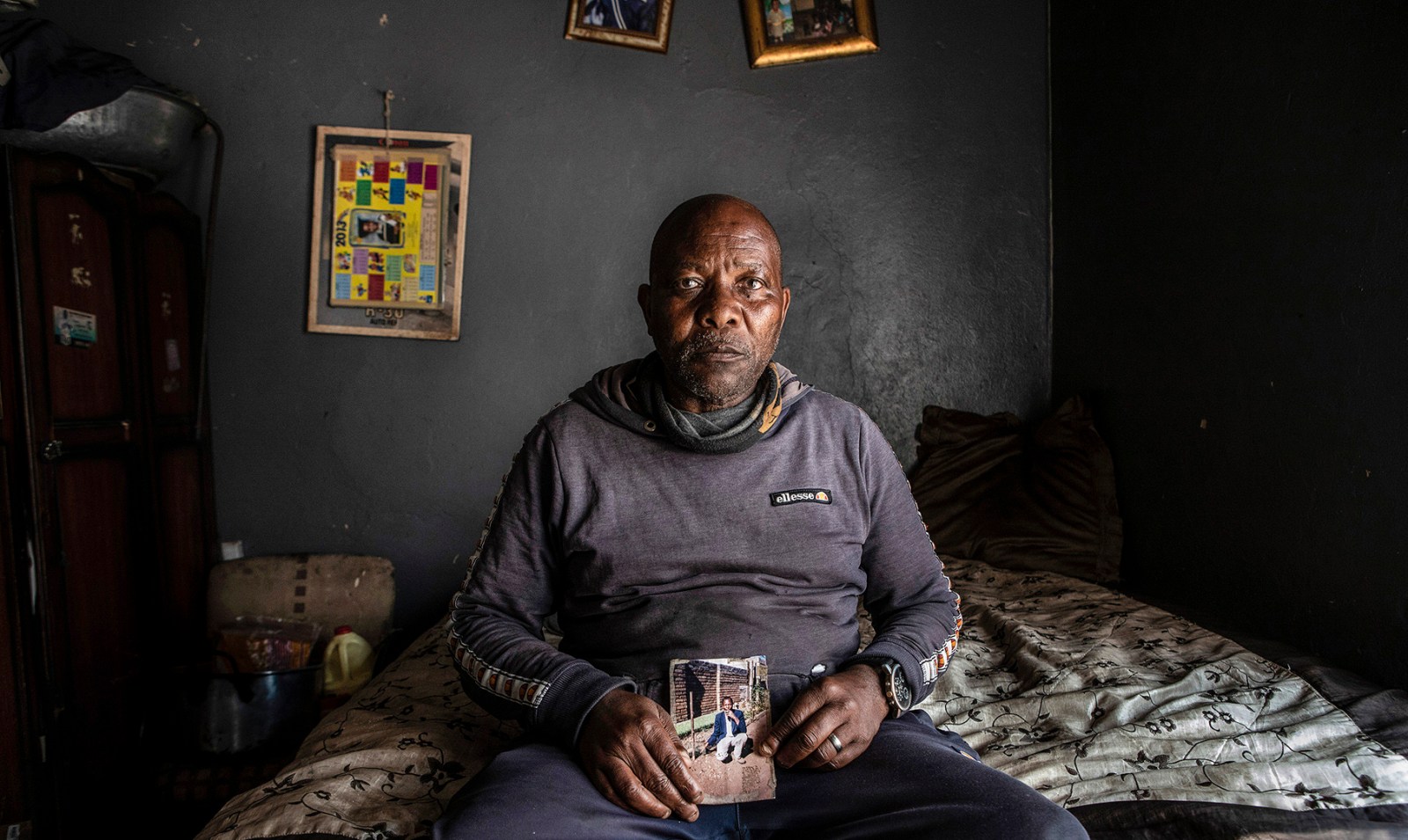 The inquest, being held via zoom, is often mired in legal debate and technical mishaps. It can be easy to forget that people are at the heart of this horrific human tragedy.

Bhekumuzi liked jokes. “Many of them were bad jokes,” his brother Bongani laughs when he remembers. “But Bhekumuzi was really good at doing impressions of different presidents. He could really make the nurses laugh when he did his funny impersonation of Thabo Mbeki.”

For a long time, Bongani knew something wasn’t right with his brother.

He was different. When Bongani was 14 years old, his mother took him to live with her friend in Swaziland. It was Soweto 1976 and she was worried about his safety.

“I stayed there for eight years and got a job as a barman at the Royal Swazi Sun,” Bongani says.

“When I came back to Soweto, Bhekumuzi was much worse,” he says. “He would harm himself and even run away. There was no peace at home. We took him to Bara and Sterkfontein and they said he had epilepsy.”

So Bhekumuzi went to live at Life Esidimeni Randfontein where he stayed for many years. Whenever Bongani and his other brother Jabulani visited him they took fruit and a bag full of newspapers. Bhekumuzi loved to read the comics.

Then in 2016 Bhekumuzi was moved to Cullinan. It was far from Bongani’s home in Soweto and his sister visited him there. But she was very distressed when she saw him. Bhekumuzi told her, “They are beating me and they don’t give me food.”

The family were desperately trying to find a way to move him out. But they were too late.

Bongani was working as a waiter at the Glen Hotel when one Monday, he got a call.

The first time he answered, no one said anything and put down the phone. The second time the person said:

The person dropped the phone.

The phone rang a third time.

“You know Bhekumuzi?” the voice asked again. “I have bad news to tell you. Your brother is dead.”

The next day Bongani went to the undertakers in Mamelodi but the mortuary wouldn’t release the body because Bhekumuzi’s ID was missing. “Soweto people steal bodies,”  they said.

“He’s my brother. I begged them. So I had to go to the police station to get an affidavit before they would release my brother’s body. We had to borrow money for the burial.”

“I loved Bhekumuzi with all my heart and soul,” Bongani says. “He wasn’t okay but he was still my family. I think about him a lot and it hurts that I still don’t know how he died. This is not justice. I want Qedani Mahlangu to apologise and explain to me what happened.” DM/MC