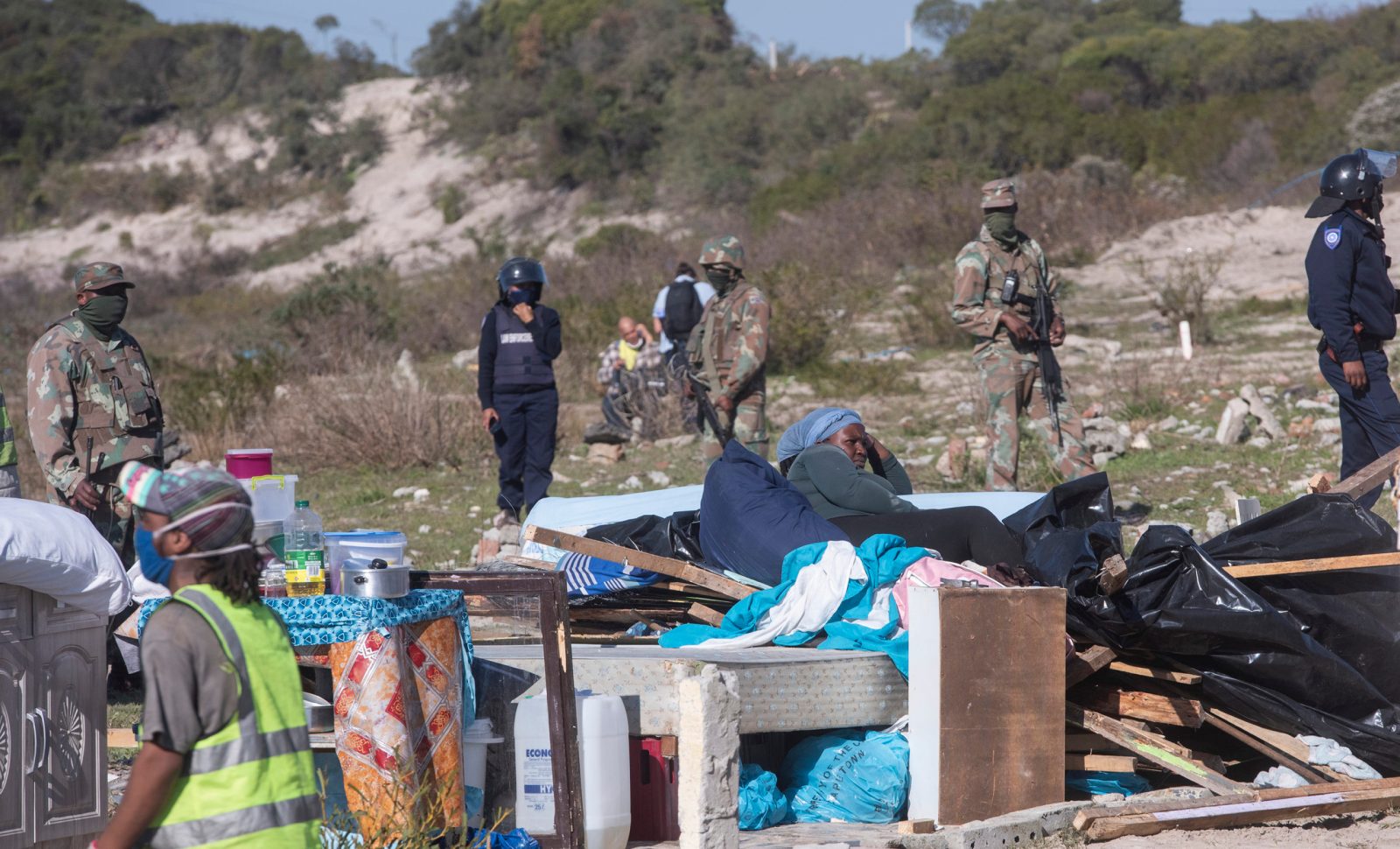 The Constitution must deliver on its redistributive dimension — and be claimed not as a liberal document, but a liberating one, said advocate Tembeka Ngcukaitobi SC at the Social Justice Summit’s land reform, property rights and asset distribution discussions.

The fundamental redistributive and transformative character of the Constitution — and how politicians, policymakers and legislators have ignored this — was a key thread at the Social Justice Summit and preceding international conference on economic equality and the rule of law hosted by Stellenbosch University Law Trust Chair in Social Justice, Thuli Madonsela.

See: Social Justice: The courts can do a lot more to dismantle economic apartheid — but this needs everyone to get involved and South Africa has a new Social Justice Champion: Imtiaz Sooliman.

“As constitutionalists, we are increasingly unable to explain away the crisis of constitutionalism,” argued Ngcukaitobi on Tuesday in relation to Section 25 of the Constitution — the property clause that was supposed to have changed property relations in democratic South Africa.

“It hasn’t, and now Section 25, and the Constitution as a whole, have become the political target of people disgruntled with the lack of change.”

It would be easy in this climate to abandon constitutionalism, but instead, the Constitution must be leveraged to end the inequality embedded in the economy.

Land, and providing access to land, was a key dimension to uplift the unemployed and “at least ameliorate the impact of the deliberate de-assetification of black people”. Part of this included the state giving land to black South Africans without expecting them to pay too much for it, and also providing mechanisms of support.

“It is not a radical proposal. It’s precisely what Jan van Riebeeck did… He took the land from the Khoi. He gave it to the Free Burghers. He allowed the Free Burghers not to pay tax. Then he gave them the implements… and finally free labour.”

Also, banks must change their rules that financially exclude women, the young and 22 million South Africans living on communal land to allow for criteria other than title deeds — such as cattle or communal land parcels.

The rules to hold land and property needed a “deliberate tampering” with the confusing system of tenure — from customary to communal tenure “distorted by apartheid”, to rental and ownership.

“The transformed property law must be extended to the most vulnerable,” he argued, with the aim also of “protecting those in communal tenure from predatory elites, whether that’s mining houses working with traditional leaders…”

Also in agreement with transformative constitutionalism and transformed law were Judge Dennis Davis and Prof Danie Brand, director at the University of Free State Centre for Human Rights.

This amid increased forum shopping to style evictions as action against land invasions, which do not qualify as

Speaking in the same land and property reform panel on Tuesday, Brand pointed to a “royal battle” under way in the courts to re-establish the principle of no evictions without court orders. This amid increased forum shopping to style evictions as action against land invasions, which do not qualify for protection under the Prevention of Illegal Eviction from and Unlawful Occupation of Land Act, known as the PIE Act.

“Cape Town City Council abrogated itself the right to summarily evict people living on the streets,” said Brand in reference to a Western Cape High Court judgment earlier this month.

The court ruled evictions from a District Six parking lot as unlawful,  saying the PIE Act processes still needed to be followed — no one chooses to live in a public parking area out of malice or wilfulness, but out of desperation, according to GroundUp (Court rules that District Six eviction was unlawful).

At Monday’s economic equity and rule of law international conference that preceded the Social Justice Summit, Judge Davis, judge president of the Competition Appeal Court, argued that private law, including contract, company and property law, needed to be disrupted. Where the law was an obstacle to redress and redistribution, the law had to change.

“We have not embraced the fundamental insight — it’s not the state that reproduces inequality, it is private power,” said Davis, adding later that it was key to rethink economic policy so it promoted constitutionalism. “We need to rethink a range of laws that reproduce inequality… these need to be changed.”

As the Constitution represented a commitment to transform society — to heal the wounds of the past, as the preamble states — a radical break from the past was needed.

Yet South Africa has not yet pursued the proposed redistribution legislation. Cabinet’s inter-ministerial committee has not adopted what the May 2019 presidential advisory panel on land reform and agriculture recommended — a comprehensive land reform administrative system.

“Like the Russians have many words for snow, we need to have more words for tenure,” said Du Plessis, also calling for a rethink of property. “Courts have been catching up, but the legislature has not.”

Some of the catching up by courts included landmark cases securing rights of communities on communal land against mining companies — including the October 2018 Maledu Constitutional Court case that ruled in favour of 13 families, or the Lesetlheng community, rather than the Itereleng Bakgatla Mineral Resources (Pty) Ltd registered by the Traditional Council of the Bakgatla-Ba-Kgafela, and the November 2018 Pretoria High Court judgment upholding the right of the Xolobeni community to give full and informed consent to any mining operations.

Two years later, the community won another case against the Department of Mineral Resources with a judgment that compels the department to make available mining and prospecting applications — and upholds communities’ rights to access all information on matters affecting them.

In June 2021, the Pietermaritzburg High Court ruled against the Ingonyama Trust and ordered it to repay millions of rands it collected from unlawfully turning the traditional permission-to-occupy into fee-paying, so-called leases with an annual escalation.

These cases are “promising signs”, according to Ngcukaitobi, and a platform from which to build stronger customary jurisprudence. This, as court cases also shape other property aspects, from sales in execution to evictions.

In the absence of a new Communal Land Rights Act — the 2004 law was declared unconstitutional in 2010 and has not yet been replaced — many vulnerable communities, both on and off communal land, rely on the 1996 Interim Protection of Informal Land Rights Act, a temporary protection measure for those land and tenure rights not covered in other legislation.

What’s been temporary has effectively become permanent. And much focus on the land reform front over the past three years has been on politicians and lawmakers scrambling over expropriation without compensation.

It was always steeped in politics, and ultimately politicking scuppered the process. The Constitution 18thAmendment Bill, talking about “nil compensation”, is unlikely to be adopted in the National Assembly when MPs return from recess after the 1 November municipal poll.

That’s because the EFF withdrew its support, needed to reach the two-thirds threshold for a constitutional amendment after its push for state custodianship of all land failed.

That focus on a constitutional amendment for expropriation without compensation, or, as the ANC has repeatedly put it, “to make explicit what’s implicit in the Constitution”, has distracted from other key land reform and redistribution recommendations, such as a comprehensive administrative system or the government itself taking cases to court to test the law and set new jurisprudence.

In the absence of political will and legislative vigour, it seems it’s up to civil society, the Constitution and the law to step in. For the sake of social justice. DM