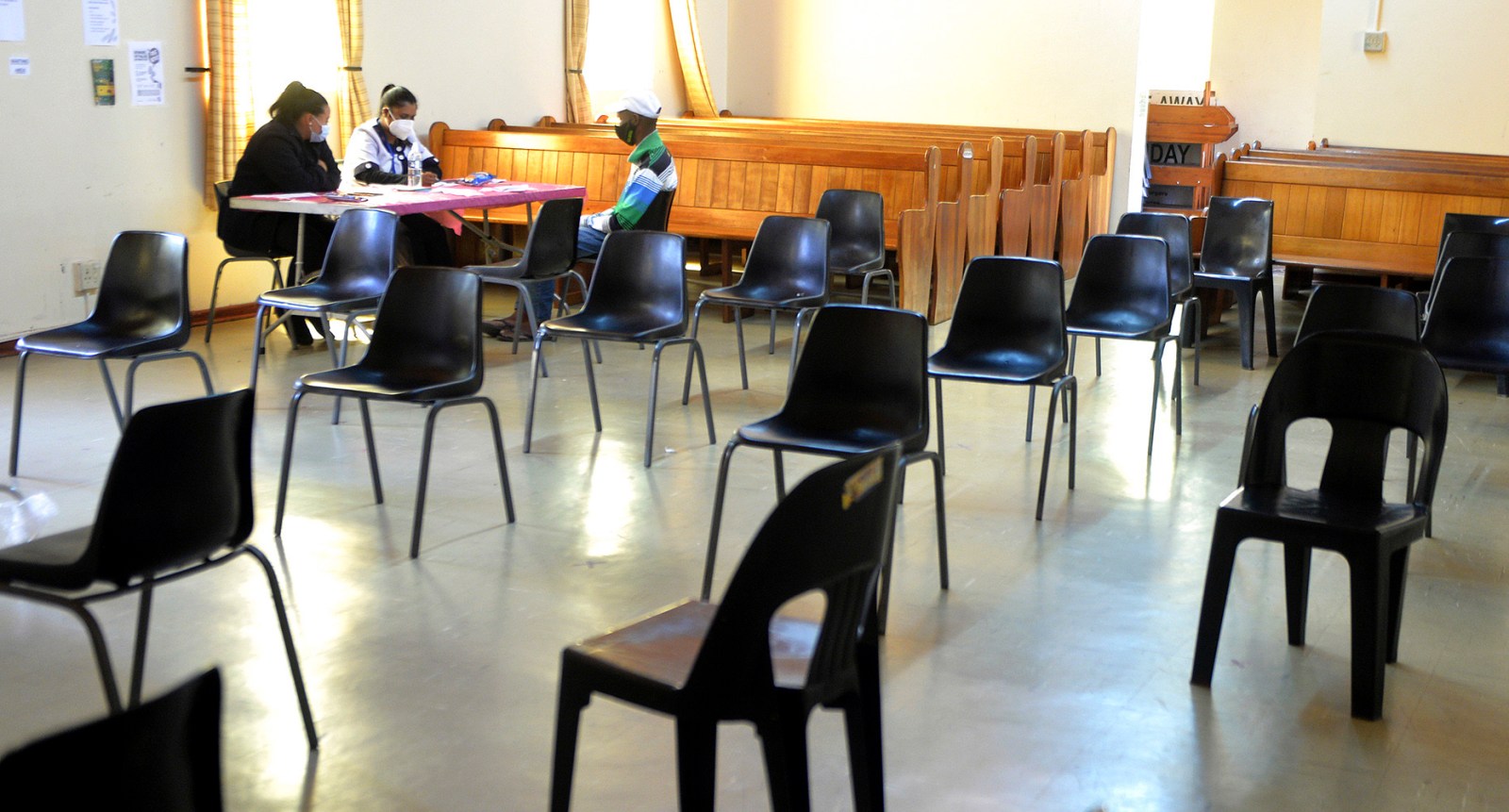 Vaccine hesitancy in Nelson Mandela Bay has prompted the Department of Health to abandon plans to open a mass vaccination site in the metro. (Photo: Deon Ferreira)

The Eastern Cape Department of Health is abandoning its plans to open a mass Covid-19 vaccination site in Nelson Mandela Bay due to ‘vaccine hesitancy’.

Plans to establish a mass vaccination site at the Nelson Mandela Stadium in Nelson Mandela Bay have been abandoned, the Eastern Cape Health Department said on Wednesday.

The department’s superintendent-general, Dr Rolene Wagner, said vaccine hesitancy in the province’s biggest metro played a role in the decision.

The now-shelved plans were first announced in August.

“Due to vaccine hesitancy and the decline in the number of vaccines administered per day, the Solidarity Fund is supporting the department’s emphasis to conduct more outreach services in order to take vaccines closer to where people live, work and play,” Wagner said.

The Eastern Cape Health Department does not regularly issue updates of vaccinations numbers, but in their last update at the beginning of October, the metro had about 30% of adults vaccinated.

“The Eastern Cape province has many communities living in far-flung, hard-to-reach rural areas, hence the need to take the vaccination programme to such isolated communities,” she said.

“Nelson Mandela metro is going to have three outreach teams whose focus will be on mopping up vaccination in the workplace, townships and schools. This is in addition to the existing facilities [in the metro] that provide vaccination on-site and at pop-up sites.”

The metro has been the hardest hit district in the province when it comes to Covid infections. Between October and January last year, the second wave of infections, driven by the Beta variant that was first identified in Nelson Mandela Bay, wreaked havoc in the metro, with fatalities reaching record highs.

The metro also bore the brunt of the third wave of infections, along with the Sarah Baartman district which includes several popular seaside towns and large parts of the Karoo.

A mass vaccination site in Buffalo City is still on the cards, depending on case numbers.

“This depends on numbers… the staff at the site also [work at] pop-up vaccination sites. This is because of the demand, as there was a day when only 100 people were vaccinated there,” the department said.

The Solidarity Fund said in a written response to questions that their role is only to support the decisions taken by the national Department of Health.

“The Solidarity Fund approved funding of R300m to support the national Department of Health in rolling out additional vaccination sites around the country. The sites are aimed at supporting the department [both nationally and provincially] in their efforts to address issues of coverage so that no community is missed.”

The Fund says its aim is to provide “access and equity in the vaccination programme through fixed, temporary and mobile outreach sites that bring the  vaccines directly to underserved communities; prioritising rural, semi-urban, townships and any other hard-to-reach areas.”

“Just over 2.2 million doses of the Covid vaccine have been administered in the province, with many people still requiring a second dose. The premier said in his State of the Province Address this year that at least 3.7 million people in the province would need to be vaccinated in order for the Eastern Cape to achieve herd immunity.

“Nelson Mandela Bay district has been hardest hit by the Covid- 19 pandemic and vaccination numbers are not nearly as high as hoped. This is partly due to the refusal of some people to be vaccinated… the roll-out of the programme in health facilities has been very good, but poor management and poor communication strategies at district level have left many people confused as to where to go and what to expect when getting vaccinated,” said Cowley. DM/MC