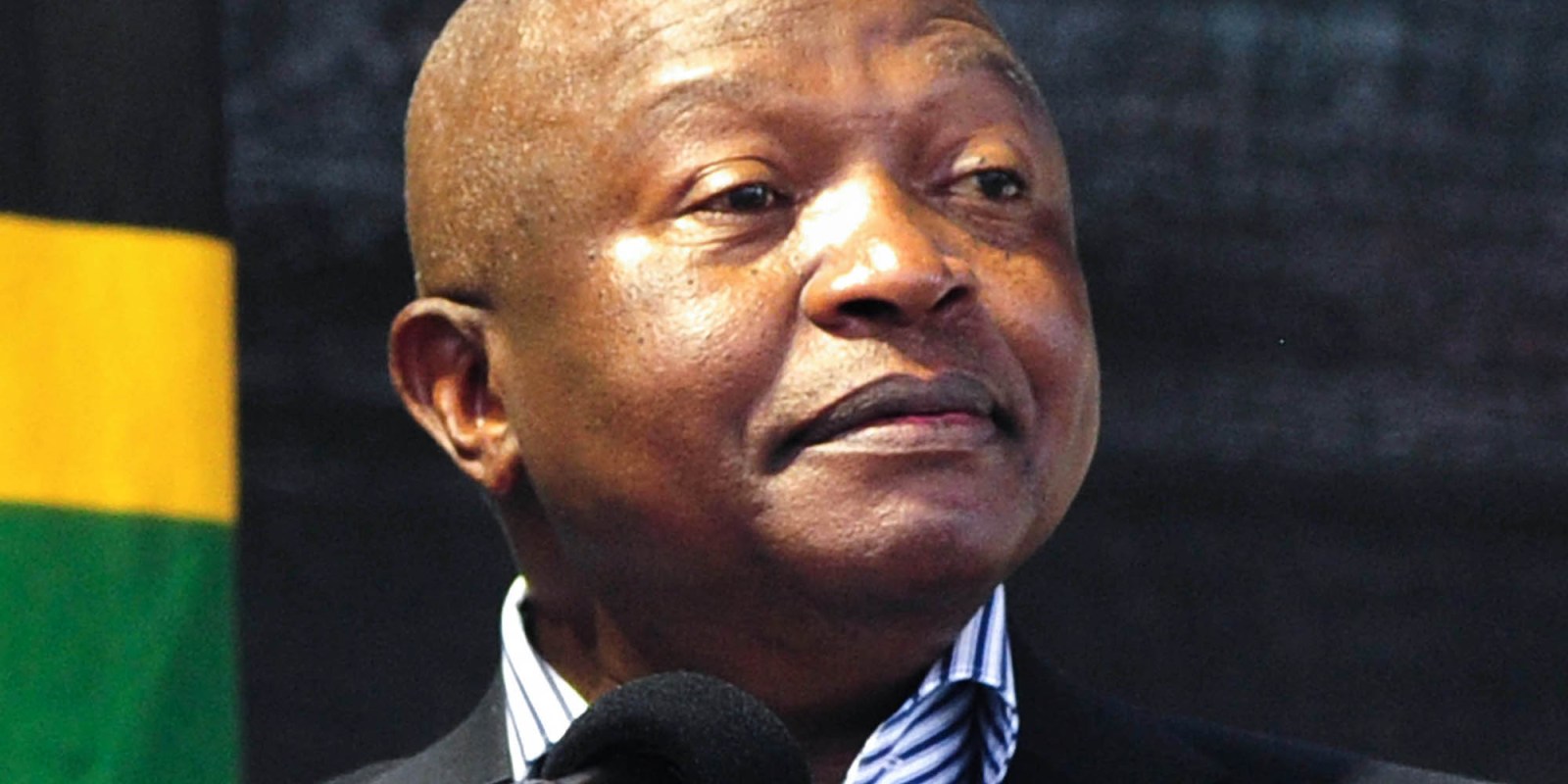 The ANC in Gauteng had to deal with a sit-in at Luthuli House by frustrated military veterans from the former liberation armies, who said the government hadn’t tended to their welfare as it had promised after they met Deputy President David Mabuza (above) a few weeks previously. (Photo: Gallo Images/Darren Stewart)

The ANC’s internal troubles have resurfaced as former president Jacob Zuma returns to the public stage, and as the ANC in suspended Secretary-General Ace Magashule’s home province of Free State moves to suspend errant councillors.

ANC leaders have their hands full with quelling party ructions. With just two-and-a-half weeks to go to the local government elections, their attention should have been focused on salvaging the party’s image, dented in many municipalities by shoddy service delivery and corruption.

On Wednesday night, a court application filed a month ago by one of President Cyril Ramaphosa’s most loyal provincial allies, Eastern Cape Premier Oscar Mabuyane, surfaced. In the 34-page affidavit, Mabuyane claims that he’s being singled out for attack by suspended ANC Secretary-General Ace Magashule because of his view that those in the ANC implicated in corruption should step aside from their positions.

“My standpoint has created enemies with the implicated members of the [national executive committee], particularly Mr Magashule,” he said.

Mabuyane claims that Magashule’s counter-campaign against him involves setting the Free State Hawks on him over possible fraud. They questioned him about the purchase of a Jeep Cherokee and some home renovations, but Mabuyane said there was no basis for the investigation.

The leaking of these court papers follows a report last week by Public Protector Busisiwe Mkhwebane with findings that Mabuyane, his MEC for public works Babalo Madikizela and the provincial ANC itself benefited to the tune of R450,000, R350,000 and R280,000 respectively after R1.1-million meant for the memorial service of the late Winnie Madikizela-Mandela was siphoned off from the former Mbizana Local Municipality — now named after Madikizela-Mandela.

In neighbouring Free State, ANC leaders have complained that councillors aligned with Magashule have registered as independents and are now contesting against ANC candidates.

“Those individuals are not our members; they are the enemies of the people,” he said. “We will fight them in anything that we do to ensure that we defeat them.”

The party could have a weak election showing in the province as figures from last month’s voter registration drive indicate that there was a particularly low turnout in traditionally ANC areas. This could, in turn, point to very low turn-outs on election day, which could mean a poor result for the ANC and a stronger show for opposition parties such as the DA.

In Nelspruit, where the party’s Mpumalanga elections head and now-suspended MEC for agriculture, rural development, land and environmental affairs Mandla Msibi is facing murder charges, the magistrates’ court where his bail hearing was in progress had to be evacuated on Wednesday due to a bomb scare.

Acting ANC Mpumalanga secretary Lindiwe Ntshalintshali told TimesLIVE that Msibi’s arrest had affected the ANC’s campaign “really badly” and the party would have to re-strategise. She said: “It’s a serious blow”.

At the same time, former Umkhonto weSizwe Military Veterans spokesperson Carl Niehaus was tweeting pictures on Wednesday of a stage being erected in Durban for a welcoming rally for former president Jacob Zuma, who is returning home from hospital after his release on medical parole early last month.

“Tomorrow is going to be a special day of expressing our love for Nxamalala, & recommitting to the full (especially economical) & true liberation of our people!” Niehaus tweeted, referring to Zuma by his clan name.

Earlier in the week, the ANC in Gauteng had to deal with at least two crises — one involving a sit-in at Luthuli House of frustrated military veterans from the former liberation armies, who said the government hadn’t tended to their welfare as it had promised after they met Deputy President David Mabuza a few weeks previously.

ANC spokesperson Pule Mabe said the group was allowed to sleep in the offices on Monday night so that they did leave after the curfew and transgress Covid-19 regulations. But the next day, the party had to evacuate the building.

“On Tuesday evening, whilst discussions between delegations about practical arrangements were in progress, a breach of our headquarters took place,” Mabe said. “We have ordered the immediate evacuation of our offices, so that this breach can be attended to, with the help of the relevant health and security authorities.”

Earlier in the week, Mabuza also had to tend to divisions among ANC members in Tshwane, with the party’s elections head Fikile Mbalula telling journalists on the sidelines: “Thugs have infiltrated the ANC.” Mbalula said members were running cartels and demanding protection money.

Ramaphosa is set to campaign in Tshwane on Friday. He will return to Soweto on Thursday where electricity was restored after he had promised this during his campaign visit there last month. DM