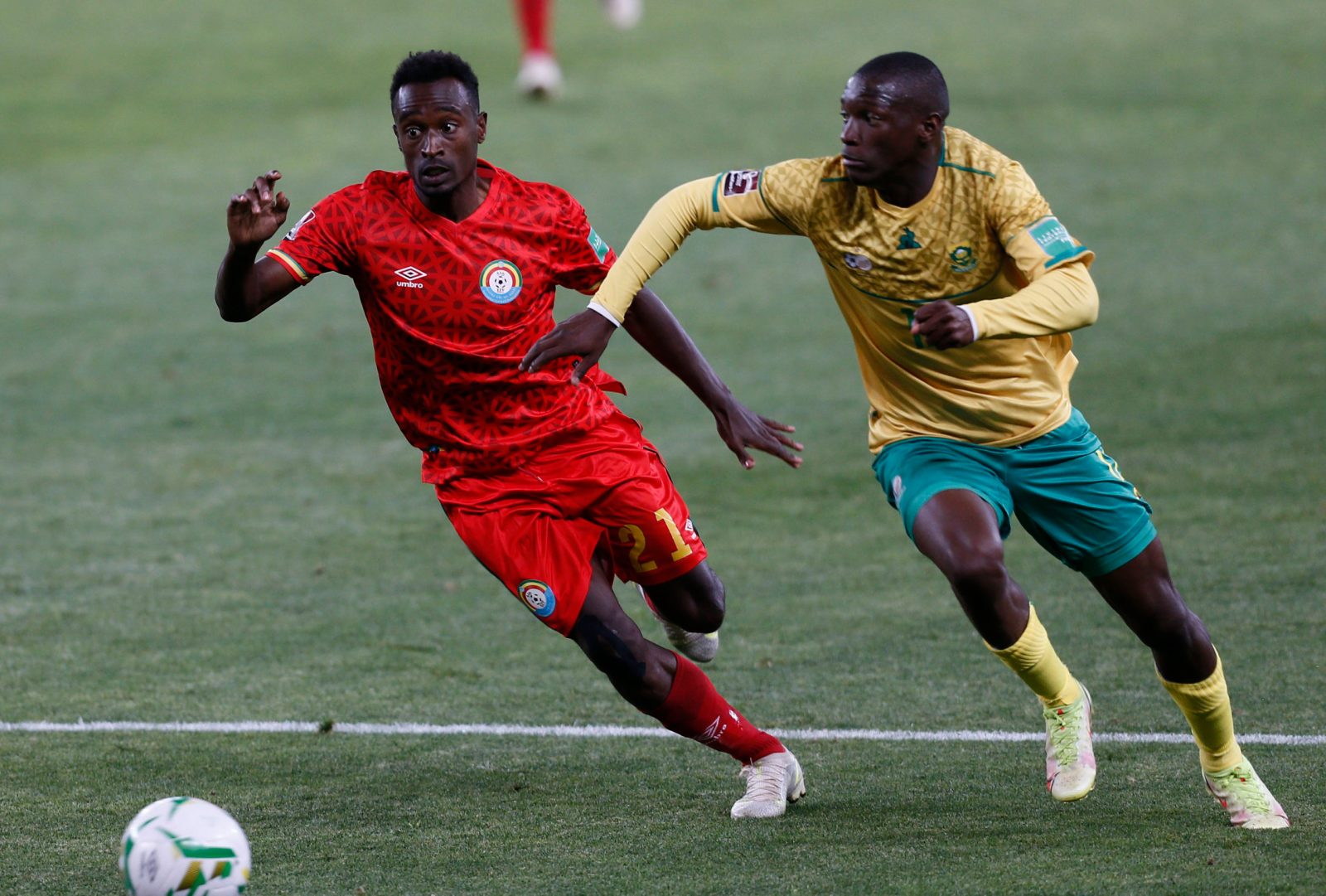 Bafana Bafana picked up three more crucial points to complete a highly successful segment of their World Cup qualifying campaign. Despite this, much more work needs to be done by a team that is still growing its identity and style of play.

As the famous Shosholoza song rang out from some of the 2,000 vaccinated spectators who had been greenlighted by the government to offer their support to the home side, Bafana Bafana preserved Hugo Broos’s unbeaten start to his tenure with a 1-0 over Ethiopia.

Ethiopian forward Getaneh Kebede put the ball into the wrong net and his own goal proved sufficient in separating the teams and effectively eliminating the visitors from the qualification process.

It was only due to the bluntness of the visitors up front, as well as a couple of smart saves from captain Ronwen Williams, that the South Africans managed to preserve a third clean sheet in four World Cup qualifying matches.

The result meant they walked away with another three points to leapfrog Ghana into first place once more, with 10 points, leading the West Africans by a single point with two games remaining. The Black Stars had earlier also collected their second set of three points in this international break, defeating Zimbabwe 1-0 to sit atop Group G for a few hours.

This start of 10 points from their first four games is the best the South Africans have managed since the qualification campaign for the 2002 World Cup.

Of course, despite the brilliant start, the finish line is not quite in sight for Bafana Bafana as yet. In a month, they assemble once more to play the two final fixtures of the group phase – against Zimbabwe at home and Ghana away from home.

That final match is likely to be the deciding factor for which one of the nations will move on to the final qualification stage where the winners of each of the 10 groups will be pitted against one another.

Belgian Broos is cognisant of the fact that his side is still very much a work in progress, and as such they are likely to face an uphill battle when they travel to Ghana on 14 November.

“We are heading in the right direction and I’m very happy with what the players give me. It is growing when I compare it with the first month, and this gives me confidence for the future,” the 69-year-old mentor told journalists.

One thing that Bafana Bafana seem to have mastered under Broos is the ability to win even when they don’t play their best football, as was the case at FNB Stadium on Tuesday night.

Three days before, Broos’s men emerged as 3-1 winners in Bahir Dar, Ethiopia. That convincing victory away from home was the first time the South Africans had beaten the East Africans after drawing one and losing two in three previous encounters.

That success prompted influential midfielder Teboho Mokoena, who scored his maiden Bafana goal in that win, to declare that South Africa would be one of the nations competing at the 2022 World Cup in Qatar

“I’ve always wanted to score for the national team and I finally did it. This is the team that will take South Africa to the World Cup, I have no doubt about that,” said the highly-rated SuperSport United midfielder.

A welcome boost for South Africa was the presence of a scattering of fans at the 90,000 capacity FNB Stadium.

This week, the government officially gazetted laws allowing a couple of thousand spectators into outdoor sports venues, and 750 into indoor facilities. It marked the first time since March 2020, before Covid-19 hit the country, that spectators were allowed into the stadium.

In the build-up to the clash, Bafana Bafana and Mamelodi Sundowns defender Rushine de Reuck spoke of how having the limited-capacity crowd in Johannesburg would influence them.

“It was very difficult to find motivation to play. At times, it felt like we were playing friendly matches,” De Reuck said.

“Now to have fans back will be a big motivating factor for us and also playing in front of fans for the national team, I don’t know if there’s a better feeling.”

They did not disappoint the South African flag-waving audience. However, if they are indeed to book their ticket to Qatar against all odds, they will have to offer more clinical displays. DM